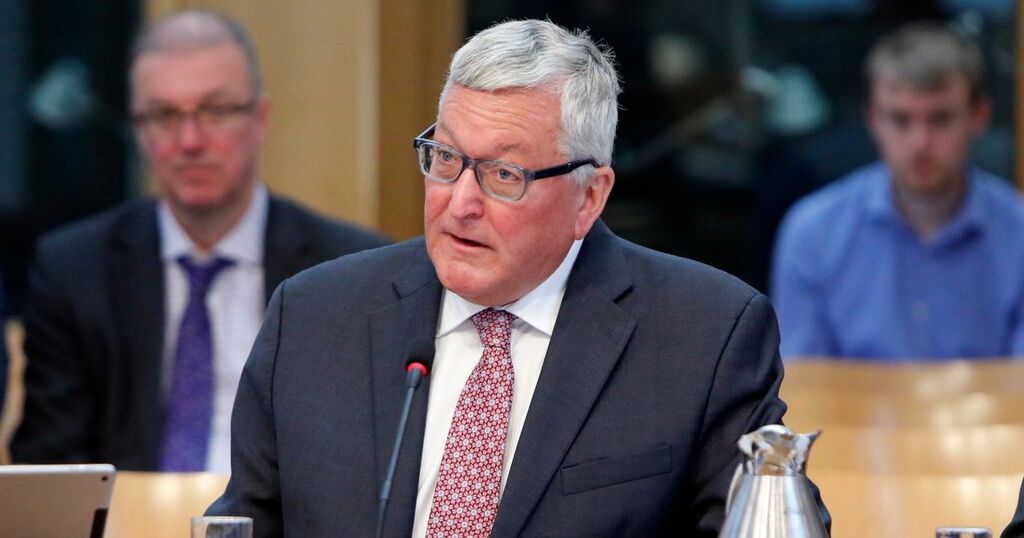 The First Minister has been accused of presiding over a culture of “secrecy and cover up”.

Nicola Sturgeon's Government is declining to reveal the outcome of the case, but her party demanded transparency over Tory bullying…

Daily Record
Nicola Sturgeon must say 'as much as you can' over Fergus Ewing bullying claims probe, insists Green minister

EXCLUSIVE: Patrick Harvie told the Record that governments had a responsibility to be transparent while also protecting their employees.

An SNP MP has opened up a split in her party on a Scottish Government probe into bullying claims against a former Cabinet Secretary.

Joanna Cherry said the result of bullying investigations should be “made public” minutes after the First Minister refused to confirm how a complaint against Fergus Ewing had been resolved.

Nicola Sturgeon even claimed she could be breaching the law by answering questions on the case.

Ewing was reportedly the subject of a bullying complaint by civil servants when he was Sturgeon’s Rural Economy and Tourism Cabinet Secretary.

The allegations, which Ewing denies, were made by three officials and escalated into a formal process in 2020.

The probe was completed last year - but the Government has sparked fury by refusing to comment on the outcome.

Sturgeon told the Record last week that “GDPR privacy issues” prevented her from answering a question about the outcome.

After the end of First Minister’s Questions, Cherry tweeted: “Bullying is a significant issue in politics. Of course all allegations should be investigated and, if the fact there is an allegation is in the public domain, the outcome of the investigation should be made public. That is only fair to all concerned.”

The Edinburgh South West MP was fired from the SNP’s front bench at Westminster after falling out with the leadership.

At Holyrood, Scottish Labour leader Anas Sarwar asked about bullying investigations by the government into former or serving SNP Ministers.

Sturgeon said: “I am not in a position to get into these issues because there are very considerable legal data protection issues that I am bound by.

Sarwar said no one was asking for confidential details, merely the outcome of the Ewing probe.

Sturgeon said: “I and this government take any complaints about any ministers very seriously. That is evidenced by both the development and the publication of the updated procedure for handling complaints made by civil servants, either about current or about former ministers.

“So this is not a question of any complaints, if they are raised, not being investigated. But that has to be done within the law. I have to abide by the law. I have a duty to uphold the law. And there are laws here on privacy and data protection that apply.

“And if I answer questions on this, I will be at risk of breaching that law.”

Sarwar said afterwards: “After the allegations against Alex Salmond, and then Derek Mackay, and bullying findings against UK Government Ministers, we need to restore trust in politics.

“And that must start with complaints being handled transparently.

“It also matters because it is indicative of a wider culture and the culture of secrecy and cover ups at the heart of this Government.

“Instead, the First Minister has hidden behind GDPR and refused to come clean over the outcome of the investigation into Fergus Ewing.

“The public deserve to know the outcome of this investigation as a matter of transparency."

Ewing is no longer in Government.

The First Minister has been accused of presiding over a culture of “secrecy and cover up”.

Nicola Sturgeon's Government is declining to reveal the outcome of the case, but her party demanded transparency over Tory bullying…

Daily Record
Nicola Sturgeon must say 'as much as you can' over Fergus Ewing bullying claims probe, insists Green minister

EXCLUSIVE: Patrick Harvie told the Record that governments had a responsibility to be transparent while also protecting their employees.