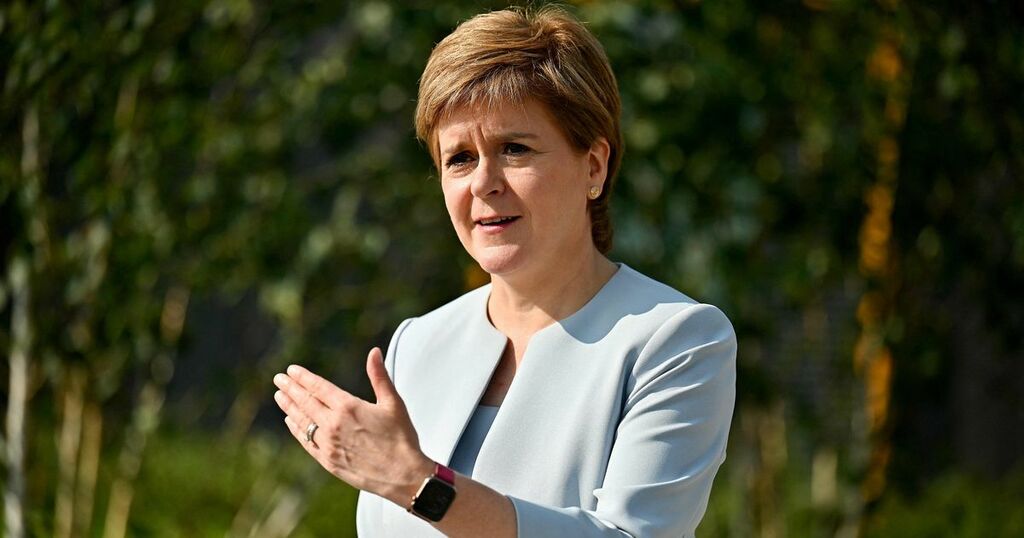 Nicola Sturgeon will ask Boris Johnson to agree to another Scottish independence referendum “in the spirit of co-operation”.

The SNP leader will ask the Tory Prime Minister that “co-operation not confrontation” is the way to resolve her government’s demands for a second vote.

The First Minister will tell SNP members that “democracy must – and will – prevail” to allow another vote on Scottish independence.

Sturgeon, who is due to deliver the closing speech of the SNP conference shortly before midday on Monday, is expected steer away from rhetoric about a legal battle that would follow if Holyrood passes legislation for a second vote without permission from Westminster.

Johnson remains opposed to a second vote claiming the SNP leader should stick to her promise that a “toxic and divisive” referendum should be a once in a generation event.

Sturgeon, who a has a pro-independence majority with the Greens in Holyrood, has called for another referendum by the end of 2023 when the coronavirus pandemic is over.

She is expected to tell the virtual conference: “My approach to government and to politics will be, as far as possible, co-operation not confrontation.

“The experience of the pandemic and the challenges we face as a result reinforces my view that this is the right approach.

“So it is in that spirit of co-operation that I hope the Scottish and UK governments can reach agreement – as we did in 2014 – to allow the democratic wishes of the people of Scotland to be heard and respected.

“But, this much is clear: democracy must – and will – prevail.”

She will add: “The United Kingdom is after all a voluntary union of nations.

“Until recently no-one seriously challenged the right of the people in Scotland to choose whether or not they wished to become independent.

“Frankly it is not up to a Westminster government which has just six MPs in Scotland to decide our future without the consent of the people who live here.

“As an independent country, co-operation between Scotland and our friends across the rest of the UK will continue, but it will be on a better basis: Scotland will be an equal partner.”

During an interview with Sky News on Sunday, it was suggested to Sturgeon that rather than being concerned about Covid-19, she was waiting until it was politically advantageous.

But she said that any politician would “factor those kind of judgments into those decisions”, and added: “I am very confident that when this question is next to put people in Scotland will vote yes.”

She added: “My primary consideration is to do what’s right for the country, when is it right.”

The SNP conference also backed the Scottish Government plans for the timing of another independence referendum at the “earliest” possible moment after the Covid crisis.

Pamela Nash, from the pro-UK group, said: “The First Minister has clearly run out of ideas. If Nicola Sturgeon was serious about believing in co-operation, she would focus on making devolution work and using Holyrood’s powers to build a recovery for everyone.”