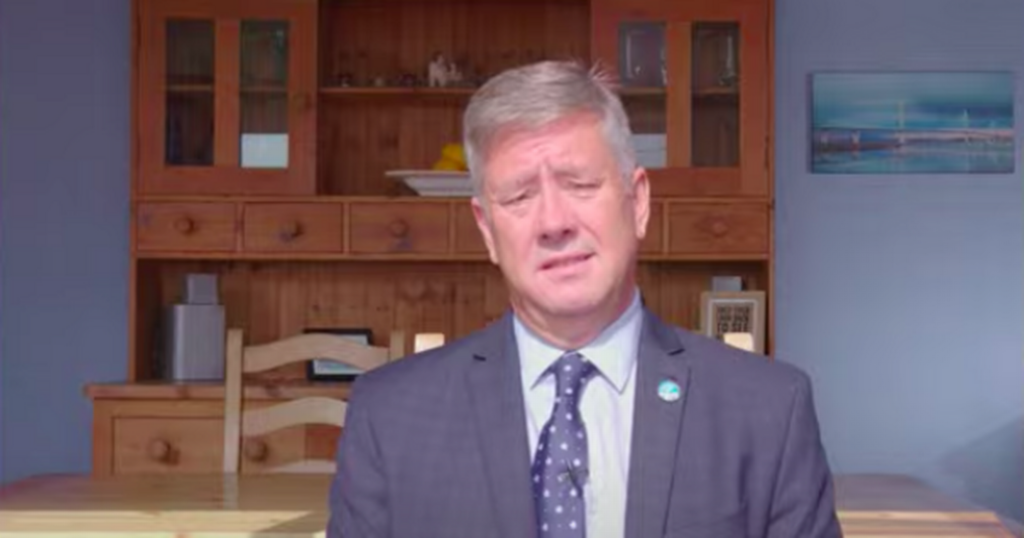 Keith Brown has insisted the SNP has a "cast-iron" mandate to hold another independence on Scotland's future.

Speaking at the SNP 's virtual conference, which kicked off today, the depute leader also took time out to have a pop at Scottish Tory leader Douglas Ross during his opening speech.

Brown, who is also the Justice Secretary, urged his fellow nationalists to reach out to undecided voters in a bid to persuade them to back a 'Yes' vote.

The call comes in the same week that First Minister Nicola Sturgeon announced work would be undertaken on a "prospectus" for an independent Scotland.

The recent deal between the SNP and Greens, which put the junior party's co-leaders into ministerial office, included a pledge to hold another referendum by the end of 2023.

Brown told conference: "The people of Scotland voted for a historic fourth term for the SNP - securing Nicola Sturgeon as our First Minister.

"And it delivered a cast-iron mandate to hold an independence referendum.

"And, friends, make no mistake. An independence referendum is exactly what we will have. And it is not just us saying this.

"During the election campaign, Scottish Tory Leader Douglas Ross was unequivocal when he stated: 'A vote for the SNP is a vote for an independence referendum'.

"Much like a stopped clock, Douglas Ross was for once correct. But because he lost – and lost heavily – he and his Scottish Tories are now desperately trying to move the goalposts. No surprise there then.

"But they cannot - they will not - deny the expressed democratic will of the people of Scotland.

"Under the exemplary leadership of Nicola Sturgeon, our party won 85 per cent of Scotland’s constituency seats with more than 1.3 million votes; we increased our vote share and our seats; and we won seats from both Labour and the Tories.

"The number of pro-independence MSPs in Holyrood matches that of 2011 - the Parliamentary term where the SNP government delivered a referendum on independence."

Addressing SNP members, Brown added: "The case for independence cannot just be left to the Scottish Government. Every member of the SNP family knows we all have a crucial role to play.

"Our task is to convince those who do not yet support our cause. That means engaging in respectful, constructive discussions with those fellow Scots who remain open to persuasion.

"So, we must listen to our hesitant fellow Scots and convince them by the power of our positive arguments that there is absolutely nothing to fear, that Scotland is big enough, is clever enough, rich enough, so long as we are bold enough."

The speech comes the day after a poll by Opinium for Sky News found that, of the 1,014 respondents, 51% wanted to see an independent Scotland, when all undecided voters were removed.