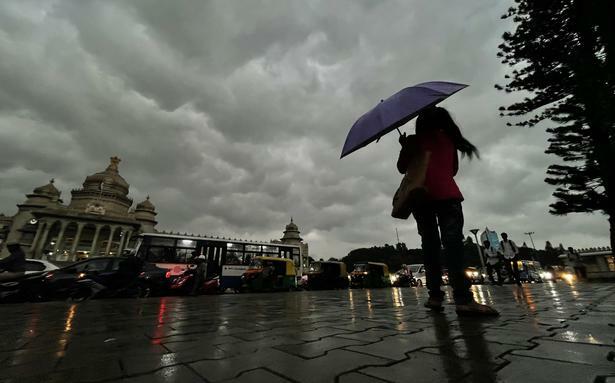 Back in the 1980s there were just ten or so pink pigeons left in the wild. Known to scientists as…

BENGALURU: Occupants of PSI Sevagram, a home for elderly Christian priests in Chettupalya near Kengeri, were shocked to see their…

May 16 is observed as National Dengue Day

BENGALURU: Sex ratio disparity is not just confined to humans. It is also affecting flowering pattern in fruit-bearing plants, say…

More than 600 wild animals smuggled into Thailand on a flight from Egypt have been seized at Suvarnabhumi airport.

Besides common problems like fallen trees and power cuts, this month’s rainfall has given rise to a new issue in the city – snakes. In the last week, the number of calls received by the Bruhat Bengaluru Mahanagara Palike (BBMP) about snake sightings have doubled, officials have revealed. These sightings have been mostly reported from newly-developed areas as well as localities where civic work is ongoing.

While snake-related complaints usually increase in summer season, this year more complaints are being lodged in the pre-monsoon phase. “For a week now, we have been receiving 80 to 90 complaints a day. Normally, we only receive 35 to 40 complaints during the season,” said Prasanna Kumar, wildlife warden, BBMP. He added that the early hatching of snake eggs has given rise to this problem.

“The hatching season of snakes is usually in the month of June. This time, as it rained well, the eggs hatched early and in place of one snake, there are now 4 baby snakes. Indian checkered snake, Russell’s vipers and rat snakes are the most commonly seen snakes in Bengaluru. In a few weeks, cobras will also start coming out,” he explained.

The control room has been receiving a greater number of complaints from Bommanahalli, R.R. Nagar and Mahadevapura zones as well as areas like Nagarbhavi, Vidyaranyapura and parts of Yelahanka. The BBMP officials also urged the public to not try on their own to push away snakes with sticks or other methods. They also added that in case of a snake sighting, the public should call either the BBMP control room on 080-22221188 or the Forest Department’s helpline and not call private snake catchers.

“Around 26 different species of snakes are found in Bengaluru. Some of them are declared as protected species under the Wildlife (Protection) Act, 1972. Sometimes private snake catchers do not recognise the species of snakes and they might end up getting bitten by dangerous ones. Hence it is advised to call trained professionals,” an official said.

Snake problem in Cubbon Park too

During the last week, it was reported by the Cubbon Park Walkers Association (CPWA) that two people suffered snake bites inside the park. “There are a few warning signs in the park, but there are more needed. People bring their children here (to Cubbon Park). Elderly people come to walk and at some places where there are bushes and thick trees, snakes have been spotted. The security guards do not alert people either. We have spoken to the concerned officials about the same,” said S. Umesh, president, CPWA.

The Horticulture Department has taken notice of the issue and will be erecting 10 more warning boards in the park, along with the existing eight boards. “We have given orders for new boards which will reach here by Monday. We have also instructed our security team to alert people to stay cautious in areas like the Tennis Court,” said H.T. Balakrishna, Deputy Director (Cubbon Park) Horticulture Department.

Back in the 1980s there were just ten or so pink pigeons left in the wild. Known to scientists as…

BENGALURU: Occupants of PSI Sevagram, a home for elderly Christian priests in Chettupalya near Kengeri, were shocked to see their…

May 16 is observed as National Dengue Day

BENGALURU: Sex ratio disparity is not just confined to humans. It is also affecting flowering pattern in fruit-bearing plants, say…

More than 600 wild animals smuggled into Thailand on a flight from Egypt have been seized at Suvarnabhumi airport.