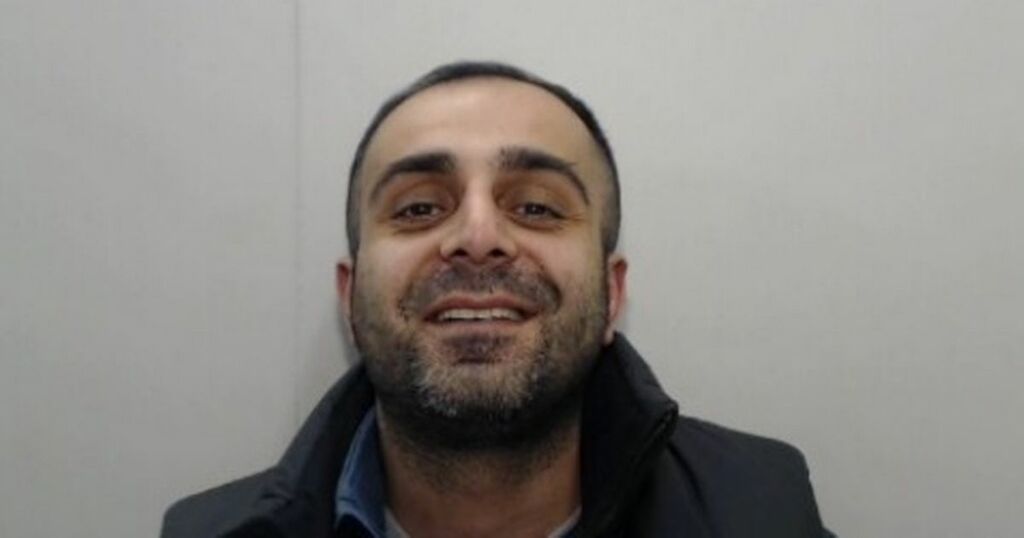 A smirking dad threatened to burn down his girlfriend's house with her daughter inside after she dared to stand up to him.

The woman had told Mudasser Shamin she wanted nothing to do with him, after he punched her twice and bit her in a hotel room after 'plying' her with wine.

Despite her rejections, Shamin repeatedly turned up outside her work, left gifts on her car and made chilling threats.

After warning him that if he continued she'd seek a restraining order, Shamin threatened to 'burn down her house with her daughter in it' if she went through with it.

When she told him she was pressing charges for the hotel room attack, Shamin said he'd wait outside her family's home and 'kidnap' her.

Shamin claimed to be 'genuinely remorseful', but was found guilty after a trial in which he 'attacked her character'.

A judge told Shamin he believed he was 'sorry for yourself that you have been convicted'.

Now Shamin, from Bolton, has been jailed for three years.

Minshull Street Crown Court heard she met Shamin through one of her friends, and they started dating in March 2019.

But Shamin, who has a previous conviction for harassing another ex-partner, turned violent after they met for a night in the Travelodge on Bury New Road, in August that year.

After arriving at 11pm, they started drinking wine until Shamin became abusive, calling her a 'motherf*****'.

Shamin then punched her twice to the face, causing a cut under her eye and heavy bleeding to her lip.

He left the hotel without her.

The court heard one of the blows left her unconscious. She later noticed a bite mark on her foot.

She called the police the next day, but didn't want to make a complaint at that point.

Her face was 'grossly distorted' by the swelling, and she said it 'doesn't even look like my face'.

About a week later, he began turning up outside her work, saying he wanted to apologise and leaving gifts and notes on her car.

He turned up again in October, told her he loved her and asked her to get in his car.

She refused, and called him later to tell him to leave her alone.

Then she warned him that if he didn't stay away, she would seek a restraining order.

Shamin said that if she went through with it, he would 'burn down her house with her daughter in it'.

The following month, after telling Shamin that she was going to press charges for the attack, he threatened to go to her family's house, wait outside and 'kidnap' her.

Shamin, of Waters Edge, Farnworth, was arrested in January last year, and claimed her allegations were 'malicious', even saying she had been the one making threats.

After a trial, he was found guilty of assault occasioning actual bodily harm and perverting the course of justice.

In a statement read in court, the victim said she has facial scarring which is likely to be permanent, and revealed the mental toll her ordeal has caused.

"I find that rather difficult to accept," Recorder Mark Ford QC replied.

He told Shamin the hotel room attack was 'extremely serious'.

"I find as a fact that you plied that woman with drink in order to ensure that she was intoxicated.

"You compounded that conduct by then continuing what might be termed a campaign of intimidation against her.

"It seems to me, having heard the evidence at trial, that you are a controlling individual."