Small Signs Of Growth In The U.S. Service Sector Could Help Supply Lines 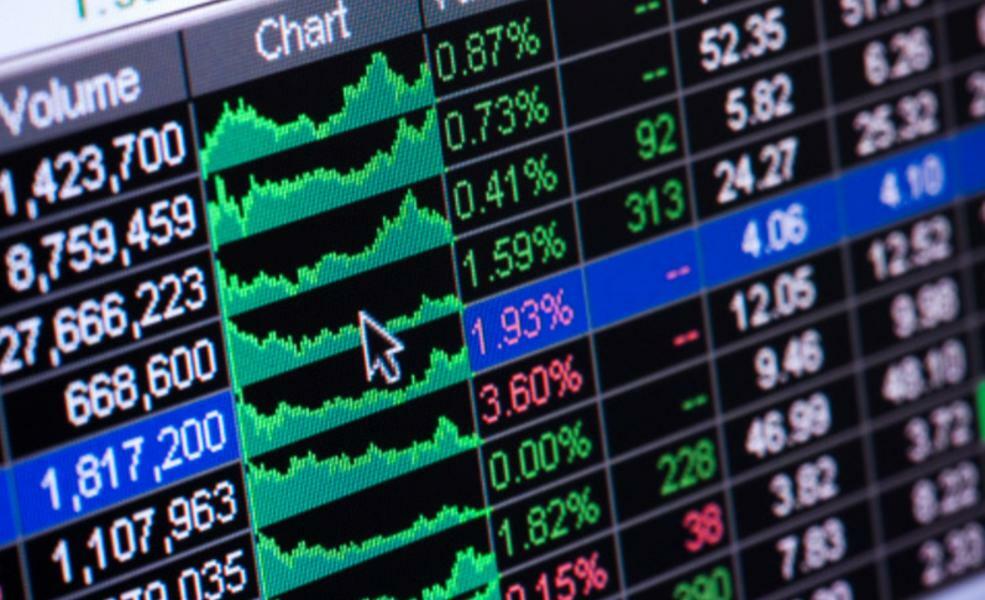 Wall Street appears to be living up to its roller coaster reputation as stock futures point to a lower open after yesterday’s rally. Inflation continues to be a concern for investors. European markets were shaken by European natural gas prices which exploded 13% overnight. The rising prices helped to prompt selloffs in the German DAX (DAX:DBI) and the London FTSE (FTSEMIB:FTSE).

ADP Non-farm Employment was better than expected but is unlikely to change analysts’ projections for Friday’s Employment Situation report. However, the positive news helped trimmed some of the losses in the futures markets before the open. The travel and leisure sectors were among the biggest gainers for jobs.

The employment news is another positive sign for the service sector. Yesterday, the ISM Non-Manufacturing PMI report reported a better-than-expected uptick. The economy saw increased attention from consumers in the service sector. A focus from services over products should be a much-needed aid to supply lines that are struggling with bottlenecks and stoppages.

Stocks rallied on Tuesday, recovering most of Monday’s losses. The Nasdaq Composite ($COMP) dropped about 2% before closing 1.25% higher. The index failed to break Monday’s high, which some investors see as a potential signal that the selling isn’t done yet. Tech stocks were able to rally despite the rise in the 10-year Treasury Yield (TNX). However, financial stocks won the day as the Financial Select Sector Index ($IXM) rose more than 1.7% on the rising tide of yields.

Despite the congressional hearing around Facebook (FB), the stock shared in the rally and rose more than 2%. The stock appeared relatively unfazed by the proceedings with whistleblower Frances Haugen. Many lawmakers called for stronger laws and regulations protecting privacy, fostering social media competition, protections for children, and transparency into social-media algorithms. But users and advertisers remain quiet about their future use of the social media giant.

Rising yields were driven in part by rising oil prices. Crude oil (/CL) rose another 1.88% on Tuesday, creating a new 52-week high. With so much attention on oil prices, Wednesday’s crude oil inventories report could draw some attention.

Adobe Analytics found that flight bookings fell 24% from July to August and Thanksgiving flights were down 18% compared to 2019. However, two weeks ago, U.S. travel authorities said it would be lifting its international travel ban in November. German airline Lufthansa (DLAKY) reported that, and within a week, it saw a spike in bookings.

Delta Air Lines (DAL) Chief Executive Ed Bastian told reporters at the International Air Transport Association (IATA) meeting on Sunday that the company has “bottomed out” on bookings and that business travel is coming back. Southwest Airlines (LUV) was upgraded by analysts at JPMorgan last week and Barclays this week. The upgrades appear to have lifted the industry group as the AMEX Airlines Index (XAI) has risen more than 12% off its September low.

Final Destinations: Once you’ve flown to your location, now what? Briefing.com reported that many travel and leisure companies are struggling with labor shortages. MGM Resorts (MGM) and Wynn Resorts (WYNN) increased their labor incentives to help cope with the problem and found that it was able to meet the higher expense.

In fact, some resorts have increased their forecasts. Caesars Entertainment (CZR) CEO Thomas Reeg said the company is on track to set an earnings record for the quarter. Travel + Leisure (TNL) will raise its fiscal year earnings guidance too.

Other resorts are counting on a need for increased company meetings because of a dispersed workforce. Apollo Global Management (APO) is spending $2.5 billion on hotels, casinos, and conventions centers from Las Vegas Sands (LVS).

From the Beverage Cart: Beer and wine maker Constellation Brands (STZ) was 2% lower in pre-market trading after failing to meet analysts’ earnings estimates despite beating revenue projections. The company failed to live up to some of its peers. Yesterday, PepsiCo (PEP) surprised analysts with better-than-expected revenue, profits, and forward guidance. However, the beverage company only traded a little higher on the day. Keurig Dr Pepper (KDP) received a similar reception last week while expressing optimism about its future growth. Food company Conagra (CAG) reports earnings Thursday morning. With the low number of companies reporting earnings, these Consumer Staples companies are getting extra attention and the fact is not many investors get too excited over food and drinks. However, they’re often one of the first places investors turn when the economy weakens.

The S&P Food and Beverage Select Industry Index ($SPSIFB) is down 7% from its June highs but has remained relatively stable throughout the previous market pullback. Many of these stocks are known for their stability and relatively high dividend yields, which is what can make them appealing to investors in bearish times.

Hitting the Road: If you’re one that prefers the cupholder in your car, you’re used to seeing the big semitrucks on the highways. The cramped supply chains have increased the need for the big rigs but they’re having supply chain problems too. PACCAR (PCAR) is the maker of Kenworth, Peterbilt, and DAF, and it’s struggling to get trucks to market because of the ongoing semiconductor shortage. Its third-quarter truck deliveries were down 7,000 units because of the lack of computer chips. However, investors appeared to be ready for the news because the stock rallied 3.86% on Tuesday.

The Dow Jones Transportation Average ($DJT) has seen its growth stymied and has fallen more than 9% since its May peak. However, the problem isn’t from lack of demand but the inability to meet it. High demand for the Transportation sector services could mean this group could be back on the road again.