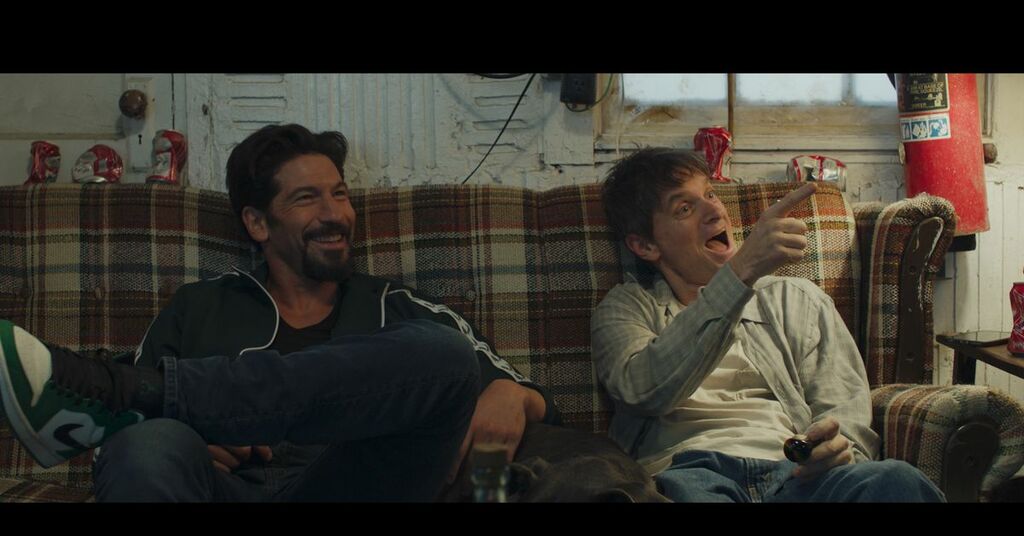 Pollono is best known for his roles on “Mob City” and “This Is Us,” but he’s also an accomplished playwright and screenwriter. He wrote and starred in the stage production of “Small Engine Repair” some 10 years ago, and the cinematic adaptation is finally here, with Pollono and the magnetic Jon Bernthal (“The Walking Dead,” “The Punisher”) reprising their roles, and terrific talents such as Shea Whigham (“Boardwalk Empire”) and Jordana Spiro (“Ozark”) and young actors Ciara Bravo and Spencer House rounding out the first-rate ensemble cast.

“Small Engine Repair” is about three lifelong friends in their 40s who talk tough, act tough and truly are tough — and often behave like idiots, especially after a long night (or day) of drinking. These guys might not know the definition of toxic masculinity, but they’ve skirted the edges of that world for most of their lives. Pollono is a dominant screen presence as Frank Romanoski, the most alpha of these three alpha males, who has done some prison time and is working hard to control his temper and would be the first to tell you he’s done basically one good thing in his life, and that’s raising his 18-year-old daughter Crystal (Bravo), who has the foul-mouthed swagger of her dad and her friends but is also a bright and lovely and sweet girl who will soon be going off to college. Bernthal’s macho lothario Terrance Swaino and Whigham’s undersized and relatively sensitive Packie Hanrahan have always been there for Crystal as well, while Crystal’s hard-partying mother Karen (Spiro) has been AWOL for most of Crystal’s life.

Writer-director Pollono has a keen ear for dialogue and a good eye for working-class visuals, and he has the confidence in his material to let “Small Engine Repair” slowly build to its ultimate destination. The first half of the film is all about establishing the relationship dynamic between Frank, Swaino and Packie, who alternate between clinking glasses and sharing stories and getting into disputes so heated they’ll stop talking to one another for months. When these guys go to a bar, you know there’s a 50/50 chance they’ll get into a scrap with some locals — or with each other. Meanwhile, Karen has decided she’s going to drop back into Crystal’s life and take her out for a night on the town, and let’s just say it doesn’t end with tender moments and reconciliation.

The dramatic stakes are raised considerably when Frank, Swaino and Packie get together at Frank’s repair shop for a night of beers, whiskey, steaks and bonding. Frank tells the boys he’s recently been playing pick-up basketball with a college kid named Chad (House), and Chad will be stopping by to drop off some drugs so they can kick the night into the next gear. Chad pulls up in a Mercedes Wagon which was paid for by his father, a wealthy and powerful attorney, and within minutes of his arrival we can see this guy is the prototypical “bro,” from his haircut and attire to his casually dismissive attitude to the story he tells about … well, we don’t want to give away anything about that story, other than to say it’s the first indication Chad hasn’t the faintest idea of why he’s really been invited to the repair shop.

Before the night is over, crimes will be committed and loyalties will be tested, and “Small Engine Repair” will dive into subject matter that is raw and rough and controversial. (At times even the characters acknowledge the horrific and debatable nature of their actions.) In less skilled hands, this could have come across as cynical and manipulative material, but Pollono is such a skilled wordsmith and the cast is so universally excellent, “Small Engine Repair” becomes a viewing experience you won’t easily shake off, not today and not for a long time.