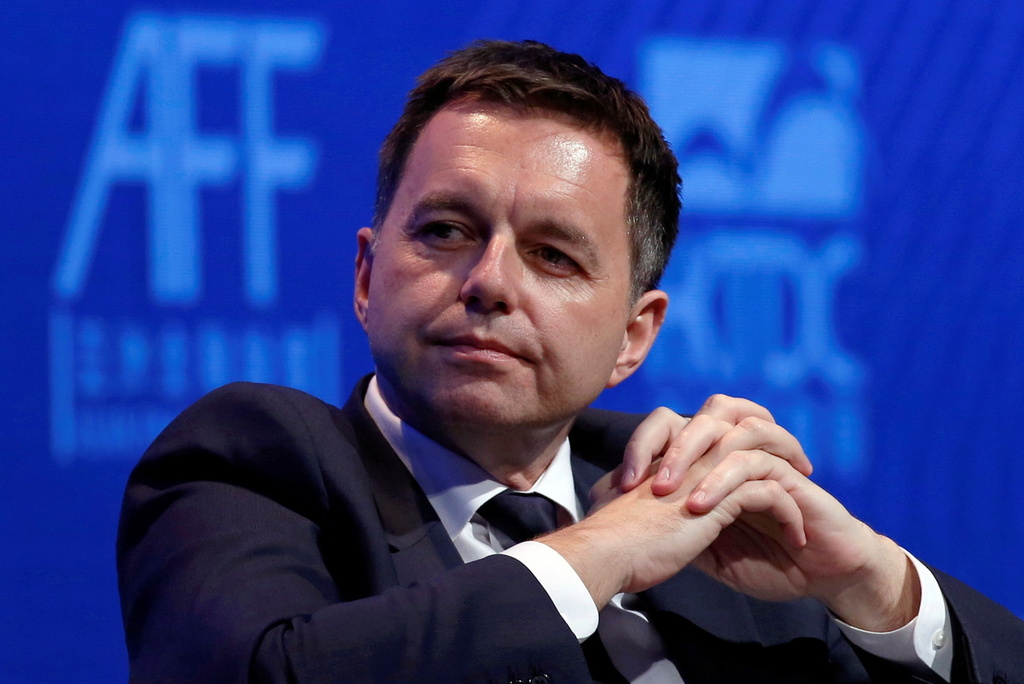 Finance Minister Igor Matovic also said Kazimir, a member of the European Central Bank's Governing Council, should step aside if the charges against him are true but added that it was up to the governor to decide on his future.

"In Peter Kazimir's situation, I would consider resigning from the post of NBS (National Bank of Slovakia) governor to protect the institution he is representing," Caputova said.

She was speaking after the spokesperson of the Special Prosecutor's office confirmed that Kazimir had been charged on Oct. 8 with a "corruption-related crime".

The spokesperson gave no further details but Kazimir's lawyer, Ondrej Mularcik, said the bank governor had been charged with bribery and would appeal the decision.

Kazimir, 53, has denied wrongdoing and said he will defend himself against the charges.

Slovakia's central bank did not comment beyond Kazimir's statement.

"He should consider himself what he has done or not," Finance Minister Igor Matovic said in a video sent by his ministry to media outlets. "It is a serious accusation, and if it is true, then of course he should not stay at his post."

"It has to be his free decision in this situation, because you don't have a way to solve it otherwise," he said.

Under Slovak law, the central bank chief is appointed by the president after being nominated by the government and approved by parliament, and can be dismissed if he or she stops meeting criteria which include a clean criminal record.

ECB Governing Council members can be removed if they have been found guilty of serious misconduct or authorities provide sufficient evidence that they have engaged in such misconduct.

Mularcik said Kazimir was accused of the lowest of three severities of crime in Slovakia's penal code that is punishable by up to five years in prison, but gave no details.

Kazimir was finance minister from 2012 until 2019 before he assumed his six-year term at the helm of the central bank.

The European Union country's government, elected in March 2020, has launched a series of corruption investigations involving public officials following a voter backlash over the 2018 murder of a journalist who investigated high-level graft.