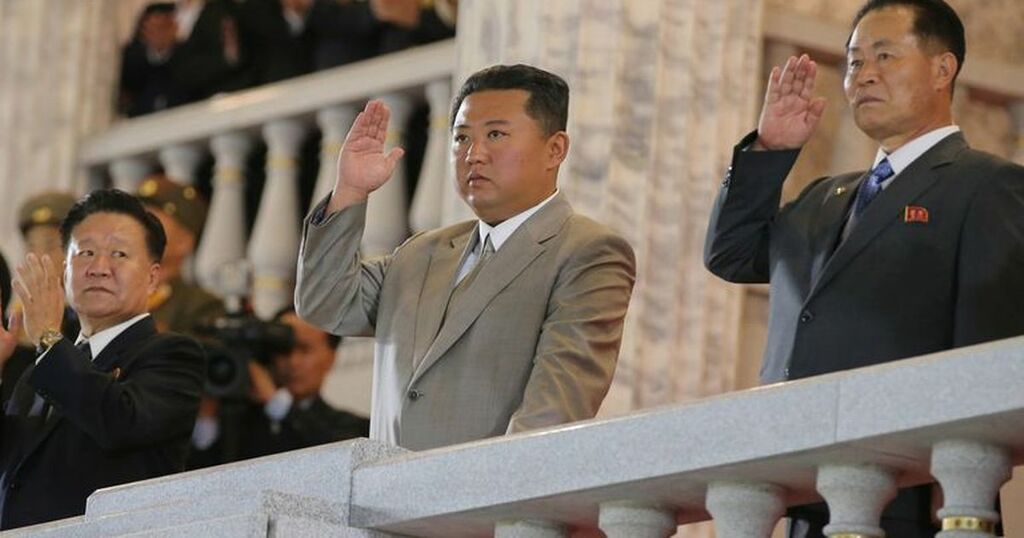 A newly slimline North Korean dictator Kim Jong-un presided over a parade of goose-stepping soldiers and military hardware in the capital Pyongyang on Thursday in a celebration of the nation’s 73rd anniversary, its state media reported.

Kim, who had visibly lost a lot of weight, watched the procession in Kim Il Sung Square, dressed in a cream suit, waving from a balcony towards the assembled troops and spectators. The reports did not state if the 37-year-old dictator made a speech.

North Korea often celebrates major state anniversaries by displaying thousands of goose-stepping troops and its most advanced military hardware. This time, recorded television pictures showed vast swathes of troops dressed in bright orange hazmat suits and wearing gas masks, a reflection of the strict anti-Covid measures the country has imposed since the outbreak of the coronavirus pandemic in neighbouring China in 2019. North Korea itself has declared zero Covid-19 cases.

Meanwhile, amid a stalemate in diplomacy with the US, Kim and his powerful sister Kim Yo Jong have emphasised North Korea will boost its nuclear deterrent and pre-emptive strike capabilities while demanding that Washington abandon its “hostile” policies – a reference to the US maintaining sanctions and refusing to accept North Korea as a nuclear power.

Experts say Mr Kim is facing perhaps his toughest moment as he approaches a decade in command, with North Korea maintaining a border lockdown indefinitely to keep out the coronavirus and with no prospect in sight to end international sanctions.