Slice of history: icing from Charles and Diana wedding cake sells for £1,850

By Staff and agencies

An ardent royalist has bought the topping from a slice of Prince Charles and Princess Diana’s wedding cake for £1,850 ($2,565) at auction, more than 40 years after the couple married.

The large piece of cake icing and marzipan base features a detailed, sugared design of the royal coat of arms in gold, red, blue and silver. It was given to Moya Smith, a member of the Queen Mother’s staff, who preserved it with cling film and dated it 29 July 1981.

After a flurry of bidding from across the world the cake piece was sold on Wednesday to Gerry Layton for several times over its estimated price of £300-500.

Layton, from Leeds, who described himself as a monarchist, said he would add the cake piece to his collection and benefit charities.

“I thought I would like to add it to my estate, which will be going to charity after my death,” he said. “I also thought that I could put it up as a raffle prize with some of the money going to Centrepoint, which Princess Di was patron of.”

Chris Albury, a royal memorabilia specialist at Dominic Winter Auctioneers in Cirencester, said he was amazed at the number of bidders who were interested. Most of the inquiries came from the UK, US and the Middle East, he said. 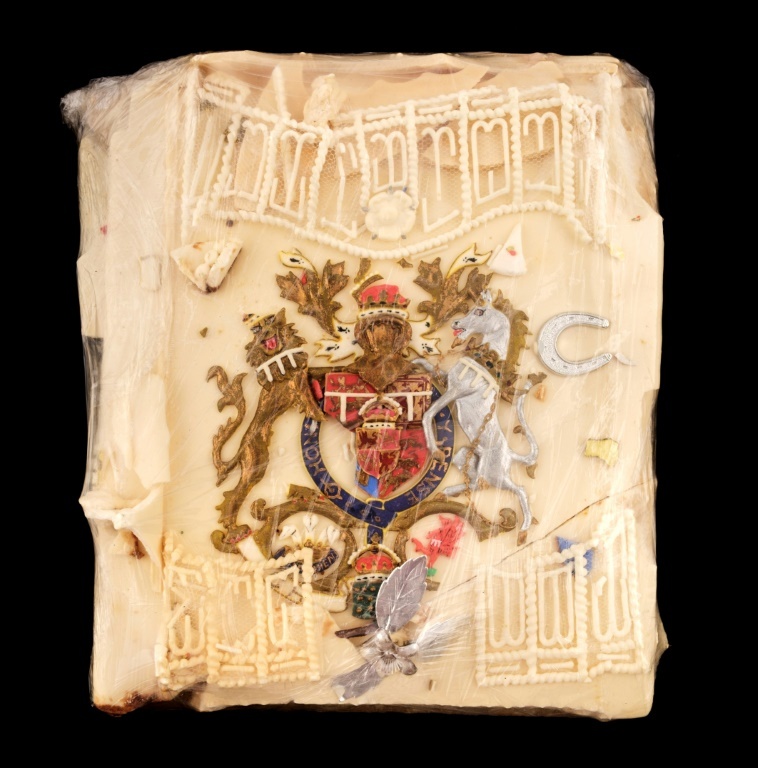 A slice of history: Charles and Diana cake sells for £1,850
London (AFP) - A slice of cake from the 1981 wedding of Prince Charles and Lady Diana Spencer sold for…

AFP
One subscription that gives you access to news from hundreds of sites
Slice of Prince Charles and Princess Diana's wedding cake sells for £1,850 at auction

The unusual keepsake, which features an elaborate, sugared design of the royal coat of arms in gold, red, blue and…