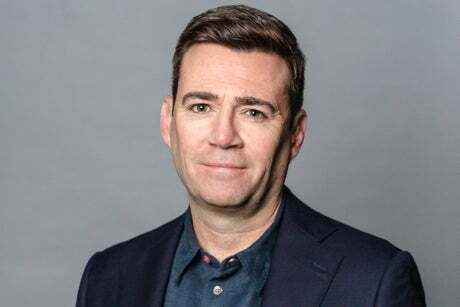 I’ve been wondering how Boris’s big announcement on social care has gone down in London. Not at all well is my guess. The Prime Minister is known for his willingness to take risks. And, to be fair to him, the failure of many who have gone before him to grasp the nettle on social care has played a big part in bringing it to its knees. So, yes, some credit is due for being prepared to do something. But asking Generation Rent in London to subsidise Generation Own in the Home Counties? Wow. Robin Hood was bold but at least he had right on his side.

Boris’s new health and social care levy is the most unfair tax I can think of. It asks young Londoners to foot the bill for a cap on care costs that will benefit others but not them. They will be paying to protect large properties outside of the M25 while seeing their own dreams of owning a home fade even further.

I am sure that part of the political calculation in Downing Street is that university-educated millennials in big cities like London and Manchester are unlikely to vote Tory anyway, so why worry? But this is where they are making a major mistake. I’m sure there are millions of grandparents up and down the country who are feeling very uncomfortable with the idea of their children and grandchildren being asked to pay for this.

So Boris’s flagship policy spectacularly fails the intergenerational fairness test. And that opens up the biggest opportunity Labour has had for some time to present a plan for a better, fairer country. My advice to my party would be not to leave it too long before presenting one. Criticism of the Tory plan alone won’t cut through unless we say what we would do.

Just as the post-war period was defined by big, unifying Labour policies, I feel the same could be true for the post-pandemic era. It takes a major crisis for people to see clearly again how blame, division and hate don’t rebuild a nation.

On the back of Biden’s win, we are beginning to see signs of the global recovery of the Left. For instance, Labour’s sister party in Germany, the SPD, is leading the polls with just a few weeks until the election. This should give Labour confidence to set out its stall and, when it comes to social care, it should trust the instincts that created the NHS.

Boris may have introduced a cap on care costs but, at £86,000, it is still a huge sum of money. And the reason it is so high is because the Tories have stuck with the approach where only those who need care should have to pay. So the Tories are in effect sticking with a “dementia tax” policy which will still make people face the indignity of draining their parents’ bank accounts to pay for often sub-standard care.

Here’s Labour’s opportunity to end this injustice once and for all and extend the NHS principle to social care. It should create a National Care Service. Labour should ask all older people to contribute, whether they need care or not. Everyone benefits from this approach because it means no one has to worry about care costs in the later stages of their life. And by asking all older people to contribute, the cost comes right down.

More than 10 years ago, I proposed this approach as health secretary as part of my plan for a National Care Service. My 10 per cent care levy on all estates was labelled a “death tax” but I still stand by it. Taxes are never popular but they are at least fair when everyone has to pay them and everyone feels some benefit.

I accept that my care levy wouldn’t pay for the entire social care bill. So I would supplement it with a range of wealth taxes — such as a higher rate of capital gains tax. A mixed system of this kind would mean the vast majority of older people would pay far less than Boris’s flat £86,000 charge. It would also mean that 90 per cent of what people had worked for throughout their lives would be protected. Nobody would lose their home to care under this plan and everyone could choose to pass them on.

Also, by funding the NHS and social care on the same universal principle we create the conditions to make them truly one system — a National Health and Care Service. That allows for much greater efficiency and ends people being stuck in hospital beds for the want of a much cheaper care package in the home. Instead of wasting money in that way, a National Health and Care Service would allow us to start in the home, not the hospital, with good preventative care and invest in the care staff who provide it.

When you put it all together, this is truly a far-reaching Labour policy and I think the country is now ready to back it. As we get ready to gather in Brighton, the political tide might just be turning in Labour’s favour. But we’ve got to be ready to catch the wave.