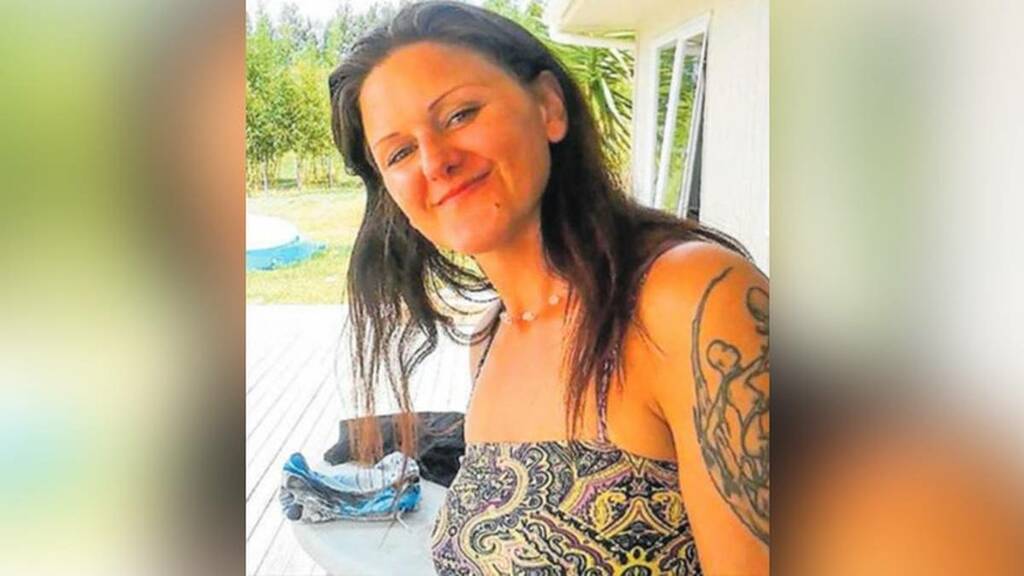 Carol Callen — the last person to see her daughter Bridget Odelle Simmonds before the latter was murdered — couldn't live long to see her killer being sentenced to life in jail.

The Kerikeri woman, who went from campground to campground in search for Simmonds when she went missing for 15 months, succumbed to a terminal illness last month but not before giving evidence against Samuel Pou in the High Court at Whangārei during his trial earlier this year.

Pou was yesterday sentenced to life imprisonment with a minimum non parole period of 17 years.

The 59-year-old was found guilty by a jury in June of beating Simmonds to death during a prolonged assault in which he delivered more than 100 hard punches in 90 minutes at his Wilson Rd property in Parakao in early 2019.

He told police in his confession he beat Simmonds around her legs one evening in March 2019 after she spilled wine in their hut and wouldn't stop dancing and singing that she hated him.

But the Crown case was he beat her after accusing her of narking on him.

Victim impact statements, recorded on DVD, of Carol Callen and her brother John Callen were played in court during Pou's sentencing.

Carol Callen passed away on August 9 after suffering a terminal illness.

In her victim impact statement, a frail Carol Callen said her daughter's disappearance caused her severe anxiety, her blood pressure became extremely high, and she went into a deep depression.

"Alone in my home, I cried for weeks and months. It felt like everyday my heart was being torn to shreds. Her last words to me were don't forget my headstone. No sentence can ever, ever ease our pain."

She said some details that came out at trial made her leave the court, at least once.

John Callen read a statement on behalf of all his siblings and said Simmonds' murder was the worst chapter in his family's history.

The last time he saw Simmonds was at his home outside Auckland where she spent an hour and a half sitting in a bush.

"She came out in tears and even then, a couple of months before she disappeared, said to me on leaving 'you won't forget my headstone, will you? which she later repeated to her mother.

"I asked what she meant but she just got into her car and headed off. I feared she was depressed and may consider suicide but hearing that she went to her mum, we all relaxed.

"It was hard to imagine how she would have been feeling, what she would have experienced in those last moments of her life. The feeling in the family at Bridget's funeral was one of overwhelming sadness.

"At no point has there been any admission of guilt by the murderer. There has been no acknowledgement of wrongdoing, and not a hint of remorse.

"In fact, he even tried to blame the victim for her own demise," John Callen said.

Justice Christine Gordon said Pou's attack on Simmonds was prolonged, fierce, and violent and rejected his defence at trial that he focused his beating on her lower limbs only.

"I am also satisfied that you deliberately disabled Ms Simmonds by fracturing both her ankles and bones in both of her feet so that she was not able to escape from the violence you were inflicting on her. You also knew there was no cellphone coverage in that part of the Wilson Rd property.

Simmonds was reported missing on March 6, 2019, after her family didn't hear from her for about two weeks. Her skeletal remains were found about 15 months later in a shallow creek, about 100 metres away from the makeshift tent Samuel Pou and his nephew had set up on Wilson Rd.

During the trial it emerged that Simmonds and Samuel Pou had been in an intermittent relationship for a few months prior to her death. It was a relationship, the Crown put to the jury, marked by violence, with Samuel Pou assaulting her whenever he believed she was not doing as she was told.

Samuel Pou was found guilty of murder at the High Court in Whangārei in June over the death of Bridget Odelle Simmonds, 42, at a rural property on Wilson Rd, Parakao, in 2019.

The jury was unanimous in finding Pou had murdered Simmonds, her death coming after a prolonged assault in which Pou delivered more than 100 hard punches in 90 minutes.

Pou's nephew, Te Koha Pou, was found guilty on charges of dishonestly using her bank card and helping his uncle avoid arrest and will be sentenced later this month.