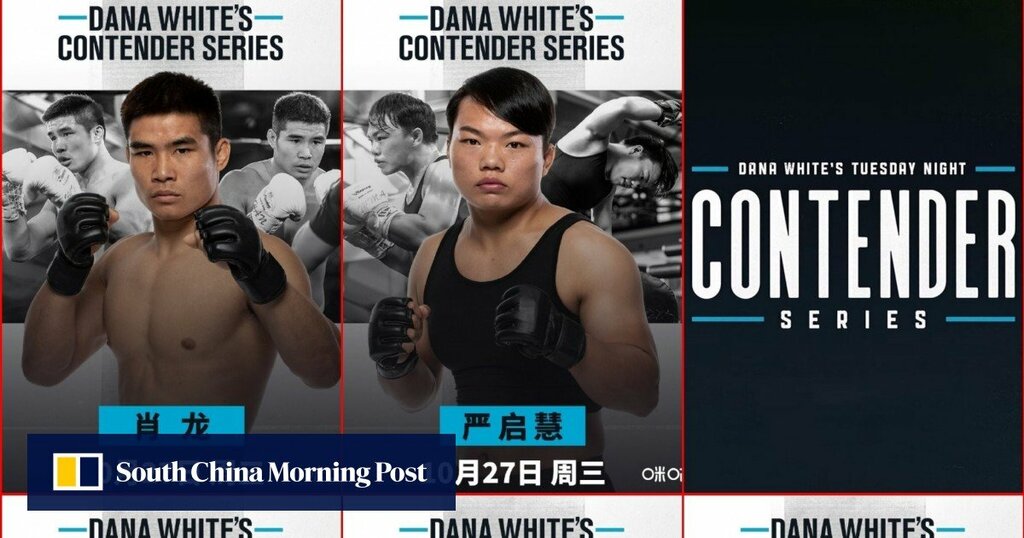 Six Chinese fighters will look to become the latest UFC Academy graduates signed to the promotion when they compete for contracts on season five of Dana White’s Contender Series over the next two months.

The production line out of the UFC Shanghai Performance Institute keeps on rolling, with featherweight Xie Bin (8-2), bantamweight Long Xiao (16-6) lightweight Maheshate (5-1), male flyweights Shang Zhifa (32-7) and Qiu lun (14-7), and female flyweight Yan Qihui (11-3) all set to fight on episodes of the show at the UFC’s Apex facility in Las Vegas over October and November.

The six fighters were selected among 29 athletes at March’s third annual UFC Academy Combine, which allows Chinese and Asian MMA prospects to showcase their skills and earn scholarships to train full time at the US$13 million state-of-the-art PI facility.

Week nine of the Contender Series on October 26 will feature Long, the bantamweight champion of Chinese domestic promotion WLF who is on a 12-fight win streak, and WLF women’s flyweight champ Yan.

First up, though, is former ONE Championship star Xie. “The Stalker” will fight Olivier Murad (5-0) on the October 10 episode, after leaving Singapore-based promotion ONE on a seven-fight win streak, where he competed as a bantamweight.

They will be the first UFC Academy stars to compete on the Contender Series, which was originally set to spawn an Asian spin-off based out of the PI last year before the onset of the global pandemic.

The plans were delayed and have seemingly been shelved for now in favour of flying Asian fighters into Las Vegas to fight on the US show.

Coronavirus restrictions have prevented the UFC from going back to China since August 2019’s Shenzhen card, which saw Zhang Weili (21-2) crowned as the promotion’s first Chinese champion.

Zhang Weili could face crucial call over permanent move to US

But China remains a huge market for the UFC, which signed a lucrative Chinese media distribution deal with China Mobile subsidiary Migu in February.

The UFC has already given debuts to four graduates from the Academy programme, which was launched in 2019.

“The Mongolian Knight” Alateng Heili (14-8-2) was the trailblazer, earning a unanimous decision win over Danaa Batgerel on the undercard of Zhang’s 42-second TKO of Jessica Andrade. The 29-year-old has since gone 1-1-1 in his next three bouts, most recently fighting to a draw against Gustavo Lopez last month.

The trio all suffered defeats, but 21-year-old Rong bounced back with an impressive third-round finish of late-replacement opponent Brandon Jenkins at UFC Vegas 37 last month.

All four UFC Academy graduates to date had previously racked up wins in WLF, which has acted as a similar proving ground for most of the latest hopefuls.

Former ONE featherweight Li Kai Wen also left the Asian martial arts promotion this year and was selected for the UFC Academy in the Combine, but “The Underdog” (10-4) does not have a fight lined up yet.