Six things we learnt from the Wagatha Christie trial today

Coleen Rooney and Rebekah Vardy faced each other at court today. The wives of footballing legend Wayne Rooney and Leicester City's Jamie Vardy's attended the first day of their Wagatha Christie libel trial at London's Royal Courts of Justice.

Mrs Rooney was dubbed Wagatha Christie in October 2019, after she publicly accused Mrs Vardy of leaking "false stories" to The Sun. She said she posted three fake stories on her personal Instagram account which were subsequently leaked to the press.

Mrs Rooney said she planted fake stories on her Instagram during the sting operation about travelling to Mexico for a “gender selection” procedure, her planning to return to TV, and the basement flooding at her home. In a now-infamous post on Instagram, Twitter and Facebook, she wrote: “I have saved and screenshotted all the original stories which clearly show just one person has viewed them. It’s ………. Rebekah Vardy’s account.”

Mrs Vardy, 40, denies leaking stories to the media and is suing Mrs Rooney for libel. The latter is defending the claim on the basis her post was “substantially true”. The trial is due to last seven days.

The case was described today as a "detective story" by Mrs Rooney's barrister David Sherborne. He told Mrs Justice Steyn, who is hearing the trial: “In essence, this is a detective story, and like any good detective story, you never find a person standing over the body with a smoking gun.”

Mr Sherborne told the court that there were text messages between Mrs Vardy and her agent Ms Watt discussing this. He said: “If (Rebekah Vardy) gave Ms Watt the gun and the bullets, told her where to target them, told her what was happening and when, that makes her just as responsible as the person who pulled the trigger. To use an analogy, it is like hiring a hitman or woman.”

He added: “Mrs Vardy is just as responsible for leaking information which someone else doesn’t want shared with the press, even if she doesn’t pull the trigger and send it across herself. Of course, we say the same is true of leaks from Mrs Rooney’s private Instagram account. There is plenty of evidence, inference and circumstance we say, that Mrs Vardy knew and approved of Ms Watt (leaking private information).”

2. There is no evidence that a third party hacked Mrs Rooney's account

Mr Sherborne said there were “only two real suspects” and that any suggestion someone may have hacked into Mrs Rooney’s account to access her private information was “wild speculation, wild theory, because there is no evidence whatsoever to support it”.

In his written submissions, Mr Sherborne said there had been “widespread and significant destruction or loss of evidence” in the case. This notably included the loss of Ms Watt’s phone in the North Sea.

“To borrow from Wilde, to lose one significant set of documents may be regarded as a misfortune, to lose two, carelessness, but to lose 10? That must be concealment,” he wrote.

Mr Sherborne later argued that Mrs Rooney had proved her case “despite the deliberate destruction of evidence” by Mrs Vardy and Ms Watt. However, Mrs Vardy’s barrister, Hugh Tomlinson QC, said that this is "completely baseless". Earlier on Tuesday, Mr Tomlinson told the court that it had not been suggested “that Mrs Vardy was anywhere near the North Sea at the time” Ms Watt’s phone fell into the water, nor that she “knew anything about it”.

He said there was a “credible, ordinary, boring explanation” behind media files on Mrs Vardy’s WhatsApp no longer being available. “It’s a very well-known and common feature in everyone’s life that from time-to-time electronic documents are lost for all kinds of reasons,” he said, adding: “This is something that happens to us all that sometimes documents are lost.”

Mr Tomlinson claimed the issue had affected Mrs Rooney too, telling the court that her PR’s email account was deleted in February 2020. As a result “a crucial email about one of the articles has gone”.

Mr Tomlinson said: “Mrs Vardy made strenuous but unsuccessful attempts to settle the case but the post was not taken down. As result, Mrs Vardy had no choice but to bring this libel action to establish her innocence and vindicate her reputation.”

He added that, as a result of the post, Mrs Vardy, who was seven months pregnant at the time, and her family were subjected to horrible abuse, including one post calling her an “evil rat-faced bitch” and others saying she should die and her baby should be “put in an incinerator”. He said her husband, Jamie Vardy, was also subjected to chants about her during football matches.

Mr Tomlinson said the affair and subsequent libel case had become the subject of intense press coverage and a source of “entertainment” in the media, being referred to as “Wag Wars” and “Wagatha Christie”. He added: “This is far from being an entertaining case, it has been profoundly distressing and disturbing.”

Mr Tomlinson said in written submissions: “The allegation in the post was and remains false: Mrs Vardy had not leaked information about Mrs Rooney or her friends and family to The Sun newspaper from her private Instagram account.

"Mrs Rooney did not have the ‘irrefutable’ evidence that she claimed to have had: her so-called ‘careful investigation’ was nothing of the sort. If anyone had been leaking information from Mrs Rooney’s private Instagram this was not done with Mrs Vardy’s knowledge or approval.” 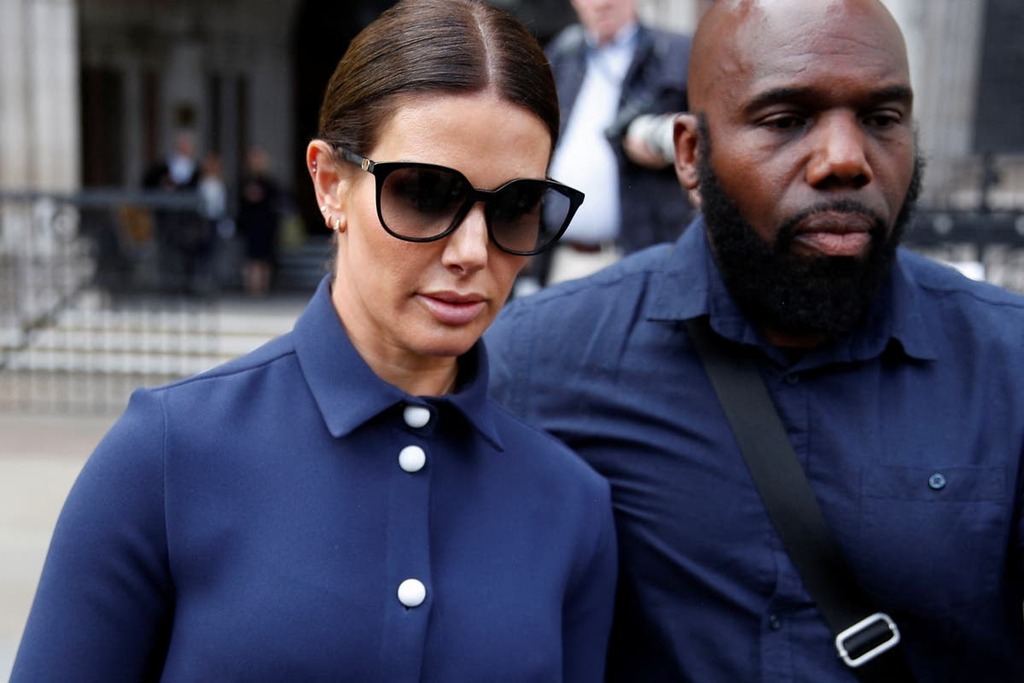 Back in October 2019, Wayne Rooney's wife publicly accused Jamie Vardy's wife of leaking 'false stories' to the press about…

WAGS at war: Vardy is suing Rooney after the latter’s bombshell 2019 social media post which accused her of leaking…