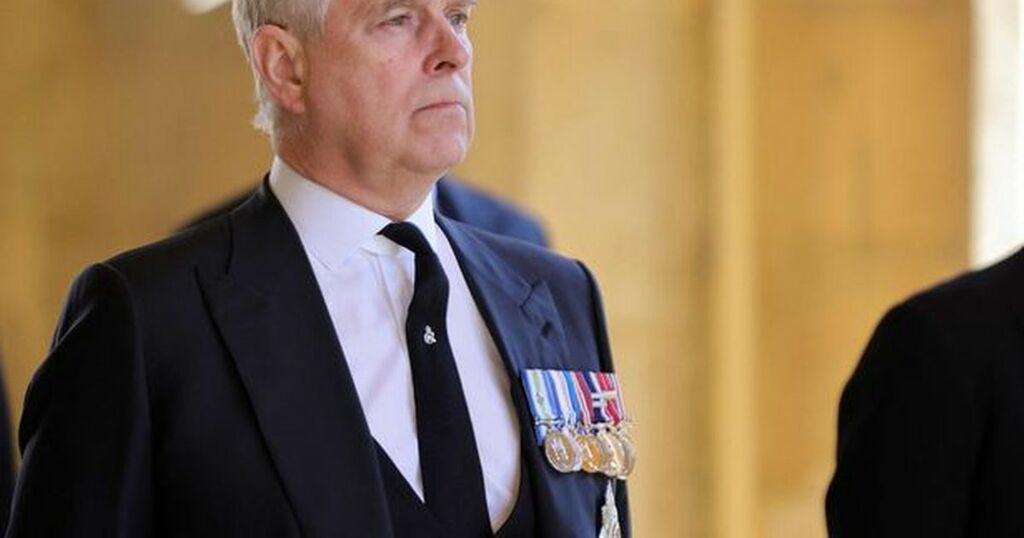 Prince Andrew was stripped of his royal patronages and military titles this week just one day after being told he is go to court for a civil trial.

The decision means the Duke of York has been completely removed from official royal life and going forward will be an ordinary citizen, according to the Mirror.

He was told by the Queen on Thursday (January 13) that he will no longer use the title of His Royal Highness in any official capacity.

It is further blow to the scandal-hit royal, who found out the day previous that New York judge Lewis Kaplan ruled that the prince must face a civil trial on accusations of sexual abuse against Virginia Giuffre when she was 17.

He maintains his innocence over the allegations.

Ms Giuffre, 38, who claims Andrew had sex with her on three occasions when she was just 17, has lived in Australia since 2002.

He was summoned to meet his mother and told the news, but it wasn't a decision made purely by Her Majesty.

After hours of deliberation with other senior members of the Firm, a 90-minute meeting signalled the end of public royal life.

But the summit is said to have not been straight-forward, with his lawyer left in the car park and the Prince left stunned by the outcome.

Here are the six key revelations from Windsor Castle as it was decided the “axe should swiftly fall” on Andrew’s royal career.

Prince William has been ­“incandescent” at how his uncle has behaved throughout the legal saga.

The Queen ruthlessly made her mind up on Wednesday, and she had some help coming to her conclusion.

The Mirror ­understands the irate Duke is angry at his uncle for bringing the Royal Family into disrepute.

A source said: “The Prince of Wales and Duke of Cambridge are completely aligned in their view that the Duke of York has presided over a complete and utter disaster.”

It is believed detailed discussions within the family had been going on for weeks with William aware action was required.

Andrew did not see the decision coming and one source described him as being “shell-shocked” at the move.

The source said he was stunned and added: “Given the robustness with which Judge Kaplan greeted our ­arguments, we are ­unsurprised by the ruling.

“However, it was not a judgement on the merits of Ms Giuffre’s ­allegations. The Duke will continue to defend himself against these claims.”

The Queen is understood to have broken the decision to middle son Andrew face-to-face.

During a private audience, the monarch told her son he will no longer be known as His Royal Highness "in any official capacity" — and will be left to fight his lawsuit as a private citizen.

Looking stony-faced, the Duke of York was driven a few miles from his house, Royal Lodge, to Windsor Castle on Thursday morning for the 90-minute sit down with his mum.

She informed him of the decision and an official announcement was made hours later.

Prince Andrew attempted to bring his personal lawyer to the summit, sources say.

He was driven to Windsor Castle by his brief Gary Bloxsome, but he was swiftly told he would not be allowed inside with him.

Instead, he waited outside in the car, the Daily Mail reports.

Mr Bloxsome's involvement may indicate Andrew had been taking legal advice before facing his mum.

Mounting legal bills and a potential £10million settlement with his accuser has left him counting the cost of being banished from the royal family.

But the Queen has offered her son a lifeline.

She will not foot any legal bills, but sources have confirmed that Andrew will not lose his security detail.

The Queen would privately meet the cost of his £300,000 protection if he is left broke.

Discussions 'went on for hours'

The Queen and Prince William spoke at length in her private quarters before the decision was reached.

A royal source said last night the Duke of Cambridge was locked in talks “for more than an hour” with his gran.

William, 39, is understood to have made sure no stone was left unturned.

Prince Charles also played a part in the summit. He spoke to the Queen by phone from Scotland, where he is currently living.

Andrew and the Queen spoke for more than 90 minutes, it was claimed, as she dropped the bombshell.