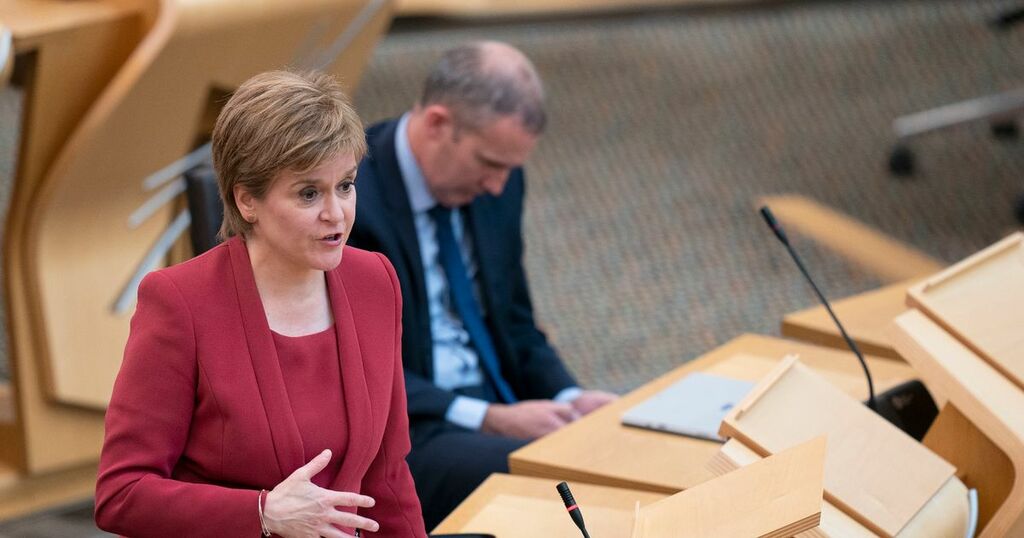 Nicola Sturgeon has announced her plan for government over the course of the next year.

The First Minister revealed her Programme for Government to MSPs in the Scottish Parliament earlier today.

From Scottish independence to a removal of dental charges for all Scots the 30-minute speech covered a huge range of topics.

Scotland's recovery from the covid pandemic was at the forefront of the SNP leader's plan, with tackling climate change and holding another referendum on independence being high up on the her agenda.

The creation of a National Care Service and the pardoning of miners involved in the 1984/85 strikes were all including in the announcement.

So, here are the six things you need to know about the Programme for Government:

Sturgeon said work is set to "restart" on making the case of independence after it was paused during the course of the coronavirus pandemic.

The First Minister wants to hold a vote before the end of 2023, however Boris Johnson said now is not the time for another vote and that the 2014 referendum must be recognised.

She told MSPs at Holyrood: "I can confirm that the Scottish Government will now restart work on the detailed prospectus that will guide the decision.

"The case for independence is strong and we will present it openly, frankly and with confidence."

A National Care Service could be operational by the end of the current parliament, according to the SNP leader.

A National Care Service Bill will be introduced by the SNP/Green administration.

Sturgeon said: "This will provide for the establishment of the new service - which we intend to be operational by the end of this Parliament - and implement what is arguably the most significant public service reform since the creation of the National Health Service.

"Alongside reform there will also be investment.

"We will also remove charges for non-residential care."

Nicola Sturgeon confirmed that miners convicted of certain offences in Scotland during the bitter 1984-85 strike action will be pardoned.

The First Minister told MSPs the pardon - which has been championed by the Record - would bring closure to workers involved, their families and former pit communities.

Sturgeon said: "We will introduce the Miners’ Pardon Bill to provide a collective pardon for those convicted of certain offences during the 1984/85 miners’ strike.

"I hope this will bring closure to those convicted, their families, and the communities affected."

The Scottish Government has been under pressure to double the Child Payment after the UK Government announced it would scrap the £20 uplift that was introduced at the start of the pandemic in October.

Sturgeon revealed that there would be a rise from £10 to £20 by the end of the parliament.

"This year – ahead of full roll-out - we will make bridging payments for children eligible for free school meals.

"In our manifesto, we committed to increase the child payment from £10 to £20 per child per week by the end of this Parliament.

"That commitment stands but I can confirm today our intention to deliver this as early within the life of the Parliament as possible."

A consultation will be launched later this year about abolishing the controversial 'not proven' verdict from Scots law.

Sturgeon said: "While we are proud of the reputation of Scotland’s justice system and the Scots law principles that underpin it, we will consider reforms to make it stronger still.

"This year, we will launch a public consultation on whether the “not proven” verdict should be abolished.

"And we will consult on the potential separation of the dual roles of Scotland’s law officers."

Since the election in May dental charges have been scrapped for all under 26s across Scotland, however Sturgeon has went further during her speech.