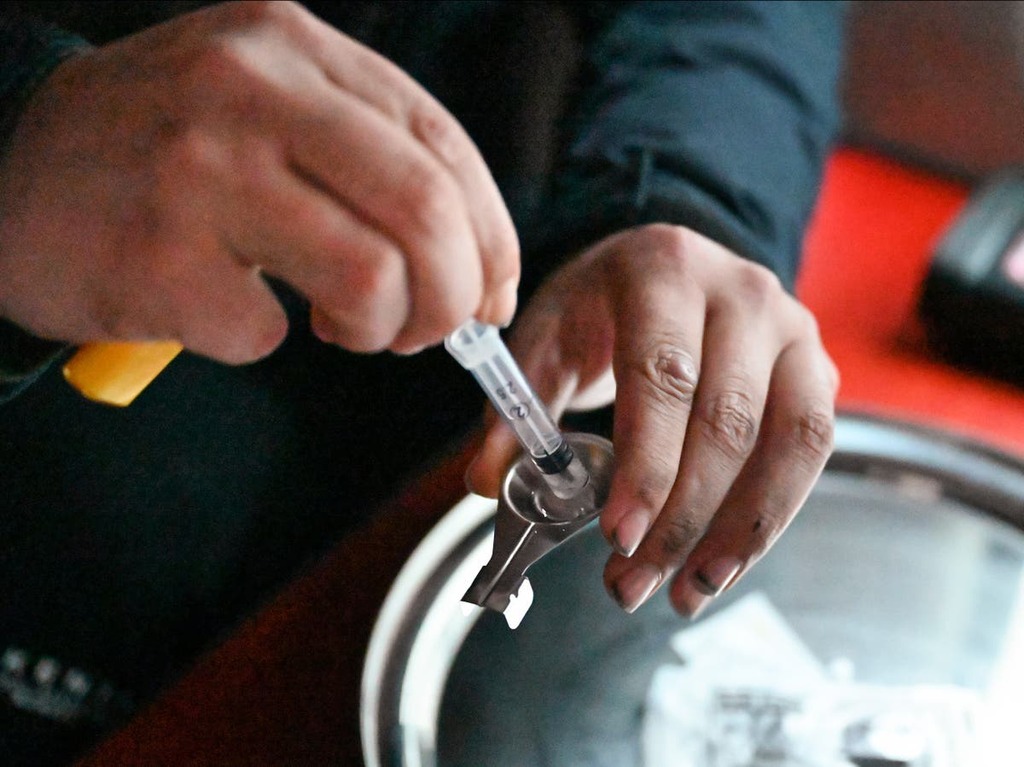 A significant majority of British voters appear to believe the UK’s 50-year “war on drugs” has been futile, with new polling suggesting six in 10 people believe making drugs illegal is an ineffective way to prevent people from using them.

The findings of the survey, carried out by YouGov, are consistent across the political spectrum, with less than a quarter of all respondents believing criminalising the use of a drug is an effective way to prevent its consumption.

However, when pressed further, most voters supported a level of criminalisation – with 36 per cent advocating drugs be treated equally as a health and criminal issue, 28 per cent pushing solely for health, and 24 per cent believing them only to be a criminal matter.

In response to a damning independent review which found England’s cash-starved drug treatment system is “not fit for purpose” and urged ministers to recognise “that addiction is a chronic health condition”, the government has recently committed “to a comprehensive, whole-system approach to tackling drugs” and has set up a new cross-government drugs unit.

But despite the move to further involve health officials in its drugs response, the government is intensifying its hard-line approach to drug policy, with home secretary Priti Patel reportedly ordering a new crackdown on recreational drug use by urging police forces to “make an example” out of middle-class cocaine users and introduce “more drug testing on arrest”.

As drug-related deaths hit an all-time high for the eighth consecutive year in England and Wales, with most fatalities involving opiates, the Home Office is also considering whether to criminalise the possession of nitrous oxide, also known as laughing gas.

The government cited a “concerning” rise in the drug’s use among young people. But Office for National Statistics data suggests that while its consumption is indeed up on 2013 levels, it has remained consistent for the past four years.

Echoing the analysis of experts, who called for “smart education, not blunt regulation”, YouGov found that people in Britain largely believe that laughing gas is less harmful than both alcohol and tobacco, and causes the least harm to society of any of 12 drugs listed.

On the wider issue of criminalisation, YouGov’s findings also appear to place the UK populace at odds with the government’s longstanding approach to drug use, and more in line with the general consensus among experts, many of whom argue that the 50-year-old Misuse of Drugs Act is in drastic need of overhaul.

Despite the legislation having aimed to prevent drugs consumption by criminalising those who use them, both the consumption and related harms of illegal drugs have skyrocketed in the 50 years since its introduction.

The illicit drugs trade is now estimated to cost the UK some £19bn a year, and – according to a Home Office-commissioned review – has “never caused greater harm to society”, with police efforts not only failing to stem supply but often fuelling increased violence in a market which now involves an “unprecedented” number of children.

As a result, support for a shift towards the decriminalisation or regulation of drugs is widely spread among varying sectors and political groups.

As reported by The Independent in 2019, several of the UK’s major drug treatment providers have urged the government to consider decriminalising drugs in to reduce drug-related deaths, while the National Police Chiefs’ Council’s drugs lead, Jason Harwin, told this paper last year that he believed the question of whether to regulate drugs is “a debate that we should be having here” in the UK.

Some police forces have already moved to unofficially stop criminalising some people for drug possession, instead diverting those caught with small amounts of drugs towards treatment and support. The government’s £28m new Project ADDER pilot – “addiction, diversion, disruption, enforcement and recovery” – includes expanding diversion schemes, but the Home Office has also said it expects police chiefs to enforce the law.

North of the border, Scotland’s lord advocate recently moved to allow police forces there to do the same, effectively decriminalising Class A drugs to the fullest extent possible under the UK’s Misuse of Drugs Act, which experts say prevents wider reforms.

Newspapers of varying stripes have campaigned for decriminalisation, including the Daily Record and The Times, which recently ran an opinion piece by former Tory leader William Hague, who argued: “My own attempt as Conservative leader to frame a ‘zero tolerance’ policy collapsed when more than a third of my shadow cabinet admitted to once taking drugs themselves.”

Meanwhile, polls have long suggested there is appetite for reform among the general public, with voters having previously backed calls for a significant review of UK drug policy.

While Labour has previously called for a royal commission into whether to legalise all drugs, the party’s current leader Sir Keir Starmer has been more guarded, suggesting the UK’s current policy is “broadly right”, and offering caged support for the recent move in Scotland while saying that retaining discretion on whether to criminalise people for drug possession in certain cases is “sensible”.

“Yet punishing people for drug use forms the failed foundation of the government's whole approach. It is time all political parties caught up with the public, and treated drugs as a health issue instead.

“We know from other countries like Portugal that are already taking a 21st Century evidence-led health approach, that we would then see drug deaths, other health harms, and drug related crime fall, and we'd save money as well.

“The last thing we should be doing is wrecking the life chances of yet more young people by giving them criminal records for using laughing gas.”

A Home Office spokesperson said: “The government has no plans to decriminalise drug possession. It would not eliminate the crime committed by the illicit trade, nor would it address the harms associated with drug dependence and the misery that this can cause to families and communities.

“Our approach on drugs remains clear – we must prevent drug use in our communities, support people through treatment and recovery, and tackle the supply of illegal drugs.”

“Through Project ADDER we are taking a wide-ranging and integrated approach to prevent drug use and support people dependent on drugs through treatment and recovery.”

The government is due to set out a new long-term drugs strategy by the end of the year.