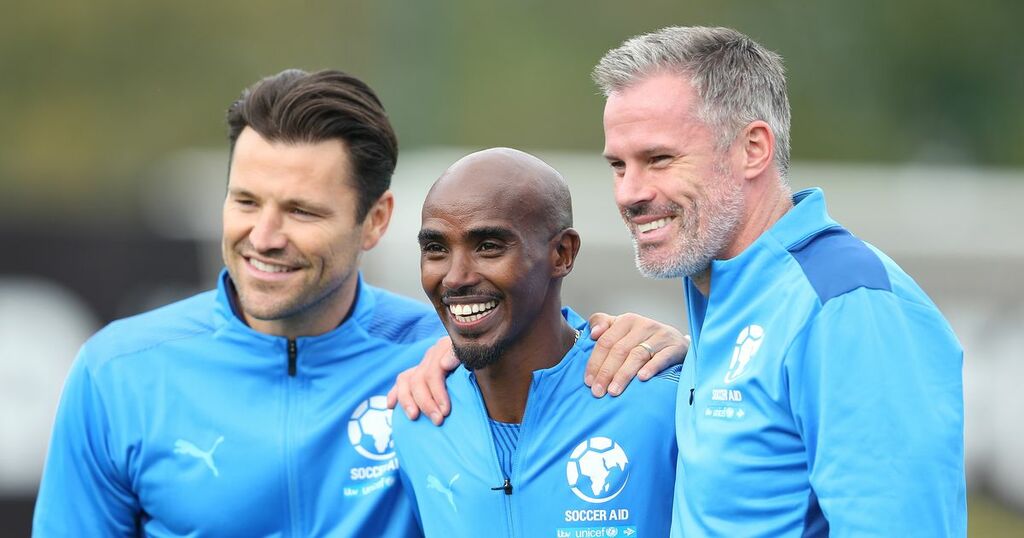 Sir Mo Farah will not defend his Great North Run title this weekend but WILL return to competition next year.

Britain’s most decorated athlete, who has won the last six GNRs, took part in Soccer Aid last weekend despite a stress fracture in his foot.

He appeared briefly as a substitute at the Etihad before limping off and it has been confirmed he has no plans to race in the foreseeable future.

Farah, 38, failed to qualify for the Tokyo Olympics in June and his reaction sparked speculation he was about to retire.

“I’ve always said if I can’t compete with the best I won’t just go to be in a final,” he said that evening. “Tonight showed it’s not good enough.”

“He literally can’t run this weekend and he’s gutted about that as he’s won every year since 2014. We’ve never had anybody as successful as him and everyone will miss him.

“But forget all the talk that he is going to finish. He’s assured me he’ll be running seriously again next summer.”

A spokesperson for Farah confirmed he has “no race plans in the pipeline” but that he will keep running, with a decision still to be made on whether he focuses on track or road races.

The Worlds take place in Oregon where Farah lived and trained for six years. The Somali-born Londoner is a six-time world champion.

Sunday’s 40th anniversary Great North Run will boast a 57,000-strong field and Farah took to Twitter to wish them well.

“Unfortunately I won't be there,” he said. “But you go out there and do your best. That's all you can do.

"Enjoy yourselves because it is beautiful. I love going across that bridge and what a way to celebrate the 40-year anniversary."