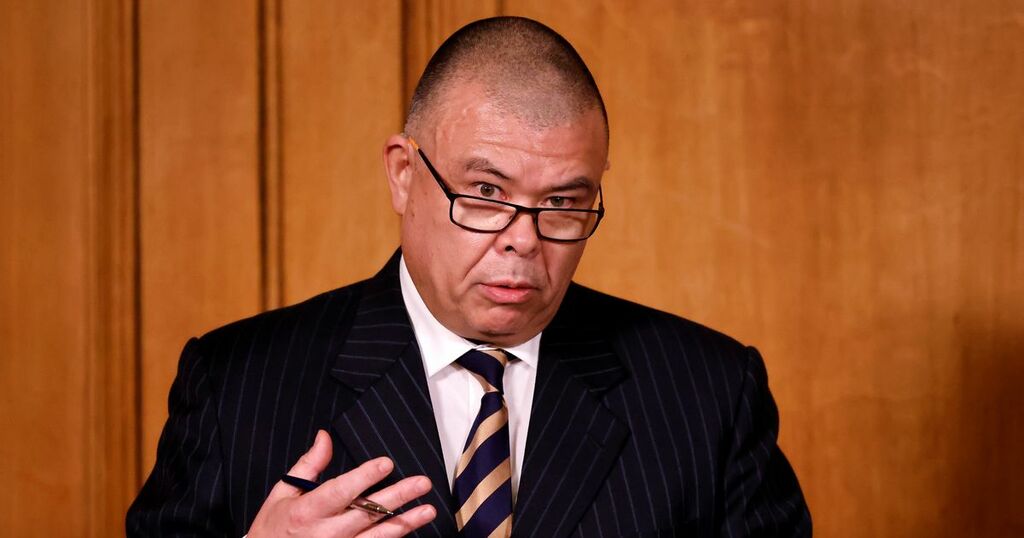 England’s deputy chief medical officer Professor Sir Jonathan Van-Tam is to step down from his role.

A statement from the government says he will leave the position at the end of March and take up a new role at the University of Nottingham.

Prof Van-Tam, who joined the Department of Health on secondment from the University of Nottingham in 2017, will return to be the Pro-Vice-Chancellor for Faculty of Medicine and Health Sciences, the government said.

Sir Jonathan, widely known as JVT, has gained public affection for delivering health messages with a dose of humour and colourful analogies.

Read more: Majority of Covid patients in critical care across Manchester are not fully vaccinated

"I want to pay tribute to Professor Chris Whitty, the CMO team, my fellow scientists, public health professionals and clinicians whose support, wisdom and energy has been inspiring. There are countless numbers who work behind the scenes - all of whom have an unrelenting commitment to help and support the British public. It has been an honour to work with them all.

"I will continue to work until the end of March and look forward to the next challenge."

Many will miss his use of metaphors and similes involving trains, planes and penalty shootouts to explain coronavirus to the public at Covid briefings.

Here are some of the medical chief’s top analogies...

He compared the situation to a football team where two key players had received a yellow card.

He said the rest of the team had to “up their game” to prevent going down to 10 players – suggesting that in this case that meant getting a booster jab.

He told a Downing Street press conference that the initial vaccine was like having a full-strength team on the pitch and despite being weakened by injuries – the Alpha and Delta variants – substitutes had been able to “keep us in the game”.

He said: “Omicron is like now picking up a couple of yellow cards to key players on top.

“We may be OK but we’re kind of starting to feel at risk that we might go down to 10 players and if that happens – or it’s a risk that’s going to happen – then we need everyone on the pitch to up their game in the meantime.”

Sir Jonathan previously compared the pandemic to the famous horse race held annually at Aintree in Liverpool, warning the country must not fall at the final fence.

Speaking to The Sun, he said: “The vaccine effects are going to take three months until we see them properly, and until then no one can relax.

“We are probably in the last few furlongs of this race – like in the Grand National. We just have a couple more fences, we have just got to stick with it.”

He was discussing how the Pfizer vaccine would affect transmission of the virus.

“So this is like… getting to the end of the play-off final, it’s gone to penalties, the first player goes up and scores a goal.

“You haven’t won the cup yet, but what it does is, it tells you that the goalkeeper can be beaten.”

Holding on for the win

In a football commentary-style remark about the pandemic, Sir Jonathan said it was clear that in the first half the away team “gave us an absolute battering”, but that an equalising goal was clinched in the 70th minute.

“OK, we’ve got to hold our nerve now, see if we can get another goal and nick it.

“But the key thing is not to lose it, not to throw it away at this point because we’ve got a point on the board, and we’ve got the draw,” the Boston United season ticket holder said.

Sir Jonathan has also compared the progress on a vaccine to a plane coming into land.

He told a press briefing: “Do I believe that we are now on the glide path to landing this plane? Yes I do.”

He added: “Do I accept that sometimes when you are on the glide path, you can have a side wind and the landing is not totally straightforward, totally textbook? Of course.”

Waiting on a railway platform

Sir Jonathan said the pandemic is similar to waiting to board a crowded train.

“This to me is like a train journey, it’s wet, it’s windy, it’s horrible.

“Two miles down the tracks, two lights appear and it’s the train and it’s a long way off and we’re at that point at the moment.

“Then we hope the train slows down safely to get into the station, that’s the safety data, and then the train stops.

“And at that point, the doors don’t open, the guard has to make sure it’s safe to open the doors. That’s the MHRA, that’s the regulator,” he said.

Sir Jonathan added: “And when the doors open, I hope there’s not an unholy scramble for the seats.

“The JCVI has very clearly said which people need the seats most and they are the ones who should get on the train first.”