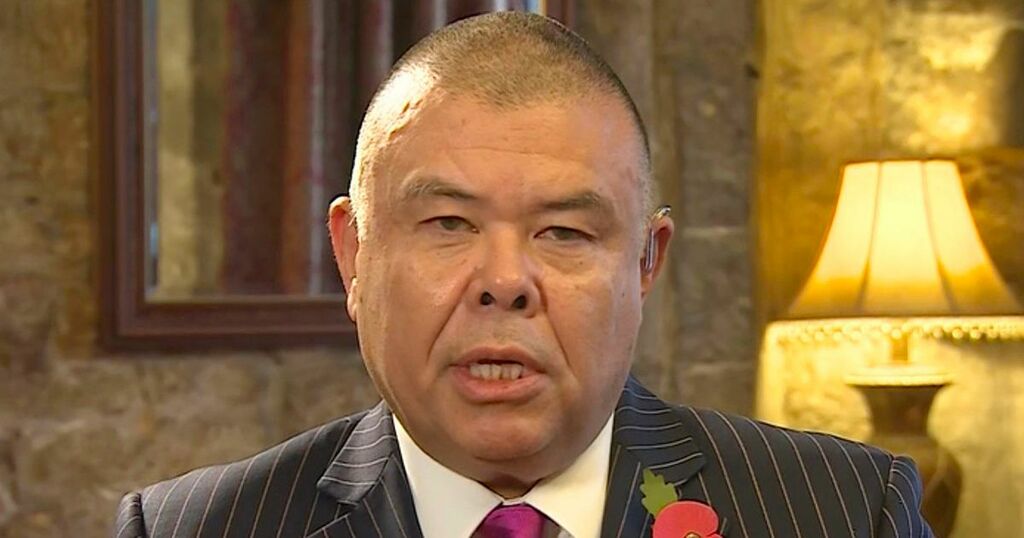 The medical expert, who was popular with the public, will now take up a role at the University of Nottingham's medical departments.

Health Secretary Sajid Javid tweeted: 'It has been an honour to work with JVT and I am hugely grateful for his advice and the vital role he has played in our vaccination programme.

"I wish him all the best for the future at the University of Nottingham and their faculty of Medicine and Health Sciences."

Sir Jonathan was awarded a knighthood in the New Year's honours list for his services fighting the pandemic.

England's deputy chief medical officer has become a regular feature at Downing Street's coronavirus briefings, with many praising how he explains scientific concepts in layman's terms, and his colourful metaphors turned the government adviser into something of a household name.

"I love metaphors. I think they bring complex stories to life for people. It's great," he told the BBC.

In his latest analogy he has compared the current stage of the pandemic to scoring an equaliser in the 70th minute of a football game.

During an appearance on the BBC News Channel and Radio 5 Live, just before Christmas when the Omicron variant first started to cause concern, he said: "It's clear in the first half, the away team gave us an absolute battering, and what we've done now is it's the 70th minute, they got a goal, and in the 70th minute we've now got an equaliser.

"Okay, we've got to hold our nerve now, see if we can get another goal and nick it.

"But the key thing is not to lose it, not to throw it away at this point because we've got a point on the board, and we've got the draw."

He has also used the analogy of waiting for a train to describe the process of a vaccine being developed.

Welcoming the approval of the Pfizer/BioNTech vaccine, he said: "The train has now slowed down safely. It has now stopped in the station. And the doors have opened - that was the authorisation by the MHRA.

"What we need now is for people to get on that train and travel safely to their destinations."

His departure comes as Boris Johnson's tenure as Prime Minister is increasingly reliant on the outcome of a potentially bombshell report being prepared by a senior official, as he faced brazen calls for his resignation from his own backbenchers.

Mr Johnson apologised on Wednesday for attending a "bring your own booze" party in the Downing Street garden in May 2020, when the rest of the country was in lockdown.

The PM insisted he thought the party was work-related, but said he recognised "with hindsight I should have sent everyone back inside".

He said an inquiry headed by senior official Sue Gray was examining the situation but accepted "there were things we simply did not get right and I must take responsibility".

On Thursday, the Prime Minister pulled out of a planned visit to a vaccination clinic after a family member tested positive for coronavirus.

The Prime Minister would have faced questions from the media about the party but he has pulled out, despite official guidance no longer requiring vaccinated contacts of coronavirus cases to self-isolate.

A Downing Street spokesman said: "The Prime Minister will no longer be visiting Lancashire today due to a family member testing positive for coronavirus.

"He will follow the guidance for vaccinated close contacts, including daily testing and limiting contact with others."