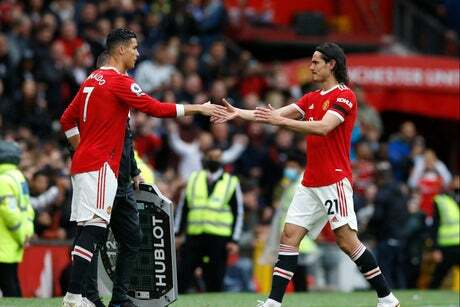 In a video that emerged on Twitter, the former United manager questioned the decision by current boss Ole Gunnar Solskjaer to make Ronaldo a substitute on Saturday.

The 36-year-old had saved United three days earlier, scoring a stoppage-time winner against Villarreal in the Champions League – his fifth goal in as many games since rejoining the Old Trafford club.

However, Solskjear decided to start Ronaldo on the bench against Everton as he had started five of the previous six games.

Although the Portugal forward came on for Edinson Cavani in the 57th minute with United leading 1-0, Everton equalised eight minutes later and held on for the draw.

🗣 Sir Alex Ferguson: “You should always start with your best players.” [IG: khabib_nurmagomedov via @MirrorFootball] pic.twitter.com/upAb461JyU

In the video that emerged on Monday, Ferguson is heard telling mixed martial arts great Khabib Nurmagomedov that Everton were given a boost "when they saw Ronaldo wasn't playing . . ."

When Nurmagomedov reminded Ferguson that Ronaldo came on in the second half, the Scot added: "Yeah I know ... but you should always start with your best players."

Ferguson signed Ronaldo for United as an 18-year-old from Sporting Lisbon in 2003 and the player said that his former manager had a big role in him returning to Old Trafford.