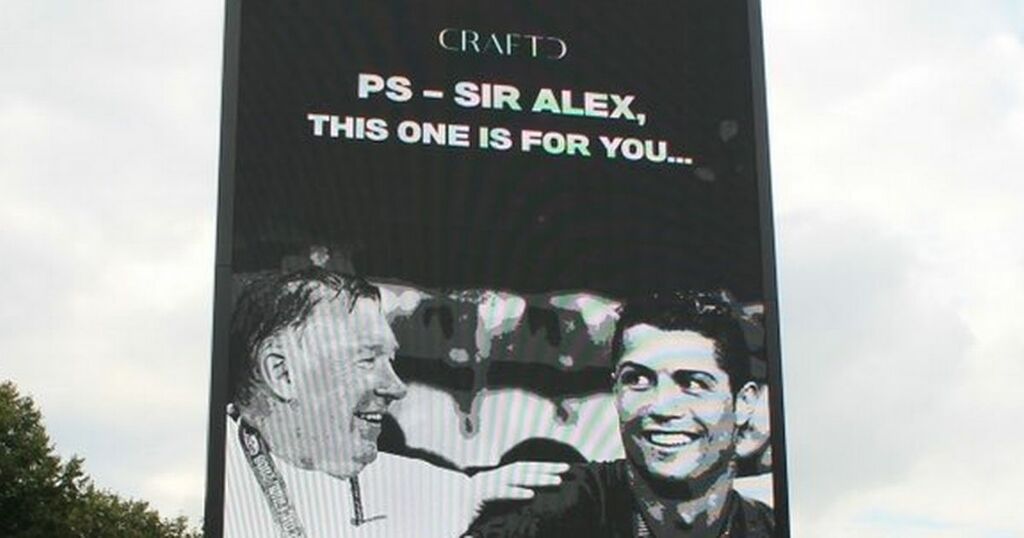 A special billboard commemorating the role Sir Alex Ferguson played in persuading Cristiano Ronaldo to re-join Manchester United has been unveiled ahead of his second debut for the club.

Ronaldo, 36, is set to make his first United appearance in over 12 years on Saturday afternoon when his side host Newcastle in the Premier League.

The Portuguese legend completed his sensational return to Old Trafford late in the summer transfer window after Sir Alex Ferguson intervened amid talks over a shock move to Manchester City.

Ronaldo was eventually persuaded to re-join United after somewhat of a charm offensive which saw him speak to former teammates and coaches about the 'unfinished business' he still has at the club.

Upon completing his transfer the five-time Ballon d'Or winner paid special tribute to father figure Ferguson by dedicating the move to him in an emotional Instagram post.

Ronaldo signed off his statement by adding 'PS - Sir Alex, this one is for you', a phrase which forms the core of the new special billboards erected in Salford by CRAFTD London ahead of the match.

Along with the now famous phrase there is a picture of Ferguson and Ronaldo smiling as they celebrated the Champions League victory over Chelsea back in 2008.