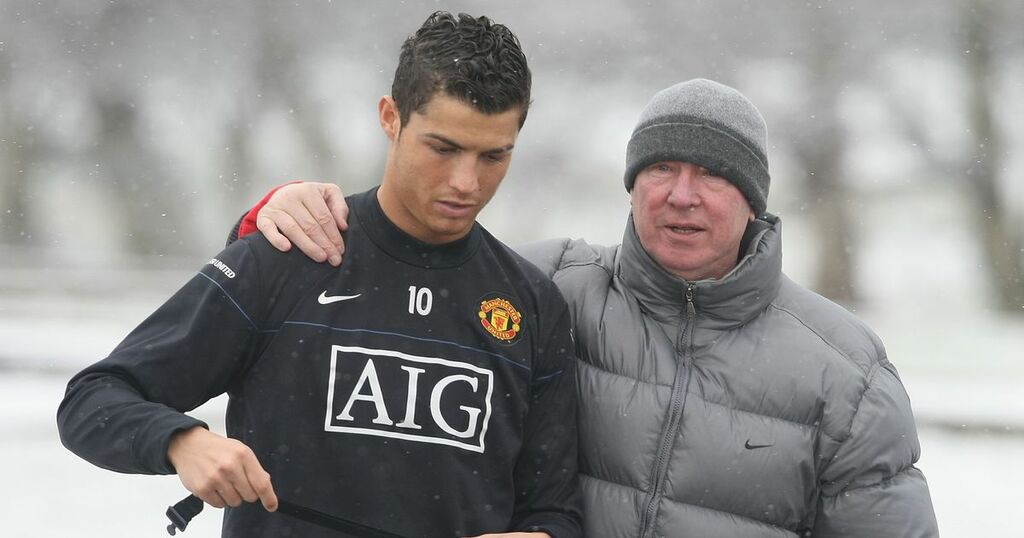 Ronaldo looked to be on his way to Pep Guardiola’s side before United stepped in to secure a sensational deadline day move for the former Juventus and Real Madrid star.

But, the legendary United manager, who won 13 Premier League titles and two Champions League trophies with the Red Devils, claims the club could not allow their former star to join their fiercest rivals.

“I couldn’t imagine him playing for Manchester City – I don’t think anybody could," Ferguson told Viaplay.

“That’s why we made steps to ensure that he came here.

“The club then followed him well, I spoke to the Glazers, and then it was done.”

The club announced an agreement had been reached with the Portugal captain on the August 27 before finalising the deal on transfer deadline day.

Ferguson also highlighted the many parties at Old Trafford were involved in bringing the five-time Ballon d’Or winner back to the club for the first time in 12 years.

“A lot of people played their part,” said the legendary Scot.

“I contributed a bit, but really Cristiano really wanted to come here, that was important – it worked very well.

Ronaldo scored 101 goals and contributed 22 assists during his three seasons at Juventus.

Can Ronaldo fire United to their first Premier League title since 2013? Comment below

He helped the Bianconeri to consecutive Serie A titles in the 2018/19 and the 2019/20 seasons, before finishing as the division's top goal scorer in his final season 2021.

Ferguson believes the 36-year-old can have a similar impact on the current United cohort, as well as the club’s younger players.

“I think his impact will be among the young players in particular,” said the 79-year-old.

“He’ll also have a huge impact on the fans as well of course.

“I speak for all of supporters it’s a great day for United.”

Saturday was certainly a great day for United, as Ronaldo picked up from where he left off with a brace against Newcastle United.

His first goal in 12 years for United was a gift, as Newcastle goalkeeper Freddie Woodman parried Mason Greenwood’s deflected effort into the Portuguese’s path to prod home from close range.

After the Magpies hit back with a 56th minute strike from Javier Manquillo, Ronaldo put the Red Devils back into the driving seat with a crisp, left-footed strike through Woodman’s legs

Bruno Fernandes sealed the result for Ole Gunnar Solskjaer’s side with a thunderbolt from 25 yards, while Jesse Lingard added extra gloss, finishing off an intricate United move in the 92nd minute.

United will go into next week’s Premier League fixtures top of the table unless Liverpool and Everton win their next matches by four and five goals respectively.

Ronaldo won three Premier League titles and one Champions League during his first spell with the Red Devils.

He also recorded an incredible 120 goals and 69 assists in 293 appearances with the 20-time English champions.