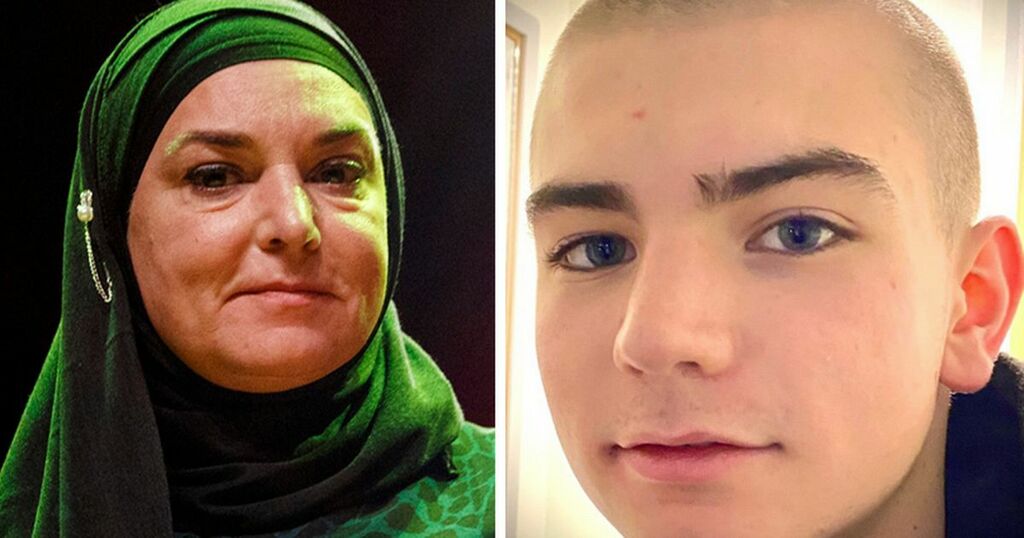 Police CCTV images reveal what would go on to be the final image of Sinead O'Connor 's late teenage son.

On Saturday, the Nothing Compares 2 U singer shared the heartbreaking news that Shane O'Connor, 17, had sadly passed away - after a missing persons appeal had been launched earlier in the week.

"May he rest in peace and may no one follow his example. My baby. I love you so much. Please be at peace," a devastated Sinead, 55, wrote on Twitter when paying tribute to her late son.

The Irish singer - whom shared Shane with ex Donal Lunny - also called her late child the "light of [her] life" as she painfully shared the devastating update with her followers - after tweeting pleas for her son to return home only days before.

Two days after an official search began for the missing teenager, police revealed Shane's body had been found and called off the search.

"Following the recovery of a body in the Bray area of Wicklow on Friday, 7th January 2022, a Missing Person Appeal in respect of Shane O'Connor, 17 years, has been stood down," a police spokesperson confirmed on Saturday.

In what is likely to be the last picture of Shane prior to his death, the CCTV stills of the late teenager had been released prior to his death in a bid to find him following his disappearance from Tallaght Hospital in Dublin on Thursday.

The now-poignant image shows the late child of Sinead appear to resemble your average teenager - dressed in dark jeans, trainers and a black hoodie with a colourful symbol splashed across the front.

Prior to discovering the unimaginable news that her son had passed away, Sinead took to Twitter earlier this week to urge Shane to get to safety.

"Shane, your life is precious. God didn’t chisel that beautiful smile on your beautiful face for nothing," the singer tweeted amid the search.

"My world would collapse without you. You are my heart. Please don’t stop it from beating. Please don’t harm yourself. Go to the Gardai and let’s get you to hospital.

"This is a message for my son, Shane. Shane, it’s not funny any more all this going missing. You are scaring the crap out of me. Could you please do the right thing and present yourself at a Gardai station. If you are with Shane please call the Gardai for his safety".

Police confirmed on Saturday that the search for Shane had been called off, just hours after the heartbroken mum's desperate pleas.

"Following the recovery of a body in the Bray area of Wicklow on Friday, 7th January 2022, a Missing Person Appeal in respect of Shane O'Connor, 17 years, has been stood down," a spokesperson said.

Sinead also confirmed the tragic news, tweeting: "My beautiful son, Nevi’im Nesta Ali Shane O’Connor, the very light of my life, decided to end his earthly struggle today and is now with God."

*If you are struggling with mental health, you can speak to a trained advisor from Mind mental health charity on 0300 123 3393 or email info@mind.org.uk