By Guardian sport and PA Media 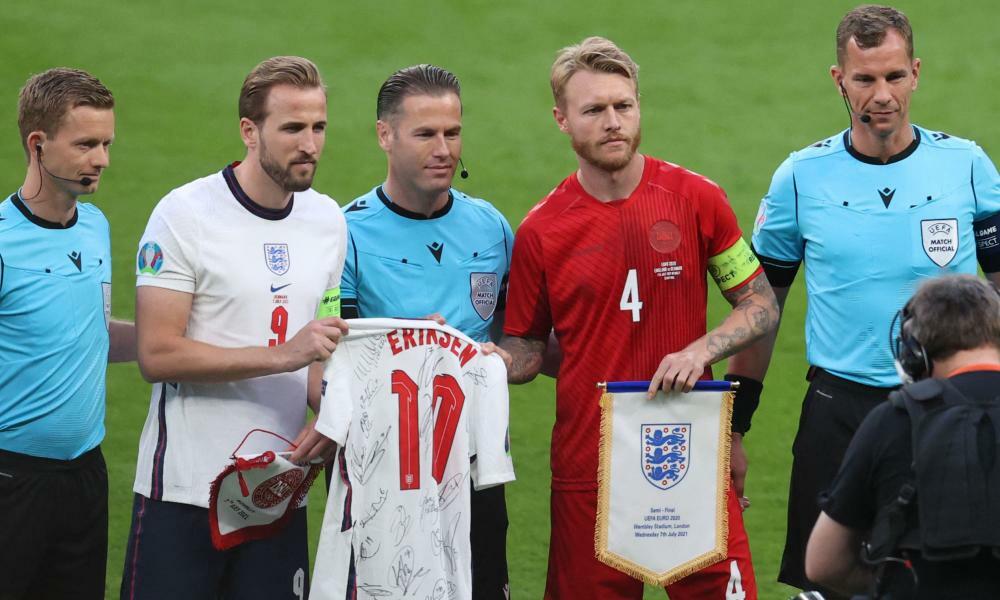 The magazine France Football has announced the shortlists for the Ballon d’Or awards, with the Denmark and Milan defender Simon Kjær a notable inclusion among the nominees for the men’s award.

The Danish captain has been praised for his role in helping teammate Christian Eriksen when he suffered a cardiac arrest during the Euro 2020 game against Finland. Kjær put Eriksen in the recovery position and told his players to form a circle around the midfielder while he received medical attention.

Lionel Messi is the bookmakers’ favourite once again after winning the Copa América with Argentina. Established stars such as Robert Lewandowski, Luis Suárez and Neymar rub shoulders with emerging talents such as the Norwegian striker Erling Braut Haaland and the Spanish midfielder Pedri.

England’s Ellen White and Fran Kirby are among 20 nominees for the women’s prize, first won by Ada Hegerberg in 2018. Kirby is joined by four other Chelsea players: Sam Kerr, Magda Eriksson, Pernille Harder, and Jessie Fleming, who won Olympic gold with Canada in Tokyo.

The Kopa Trophy shortlist, for the best men’s player under the age of 21, has also been announced, with Manchester United’s Mason Greenwood and Arsenal’s Bukayo Saka joining their fellow England international Jude Bellingham on the 10-player shortlist. Previous winners include Kylian Mbappé and Matthijs de Ligt.

The prestigious individual prizes were not awarded in 2020 because of the Covid-19 pandemic. In 2019, Lionel Messi won the men’s award for a record sixth time while Megan Rapinoe took the women’s award. This year’s ceremony will take place on 29 November in Paris.