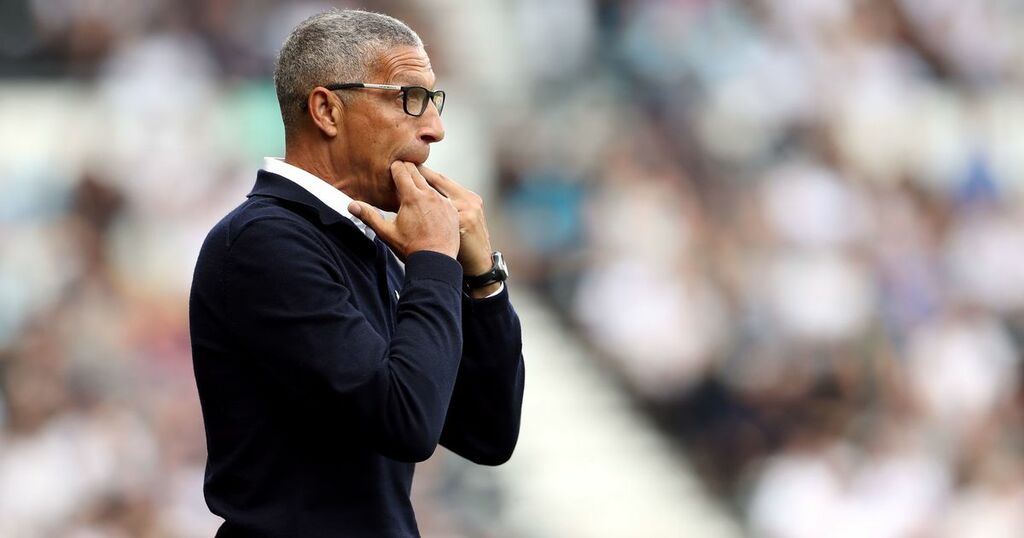 A wretched start to the season sees Hughton’s men propping up the Championship table ahead of Sunday’s clash with Cardiff City.

They picked up their first point of the campaign prior to the international break, when they drew 1-1 with arch-rivals Derby County at Pride Park.

Since then, the club have bolstered their ranks, taking their total number of additions up to 10 as the transfer window closed last week.

But the manager remains under pressure to translate that recruitment into a turnaround in form, with Jordan saying he believes “what’s happening at Forest probably isn’t good enough”.

He told talkSPORT: “I look at this club and ask, ‘why are they in this situation, why aren’t they able to achieve things?’.

“Chris Hughton is a decent manager but, I have to be honest, the job he’s doing at this moment in time isn’t a great job.

“If they’d have been beaten by Derby (his job may have been at risk) – they didn’t, they got a draw – which was useful to Wayne Rooney and Chris Hughton because that game drives certain decisions.

“I went to watch Forest play Hull 18 months ago and one of my old players, Lewis Grabban, a decent player, was playing there. You could see they were building something again. But they keep flattering to deceive.

“Chris is a decent manager but at this moment in time, the Forest job seems to be that his grasp is being exceeded by his reach. He is walking the plank because what’s happening at Forest probably isn’t good enough.

“Last year, they started getting into trouble, they brought Hughton in and it didn’t right itself.

Hughton had come in for fierce criticism from some supporters amid a bleak atmosphere in the stands during some games prior to the fortnight’s hiatus.

And fans have had their say on Jordan’s comments ahead of this weekend’s match.

Robredtilldead: It's got nowt to do with this guy... Hughton was dealt a bad hand last year and it's been hard to get players out never mind bring them in, he will come good as soon as he gets the players to stay on their feet

Tunstalk: Any Forest fan could have given that interview.

What do you think of the job Hughton is doing at Forest? Have your say in the comments below

Dean Spencer: I listened to this today and he was bang on. He said that Chris is a nice guy and a great coach, but that doesn’t make him a good manager.

Simon Cooper: For once, I totally agree with him, Simon was spot on this morning

Vassilis Poulakos: Thanks Simon, bye now, we'll be in touch.

@ASHJY97: With the shift to a Brentford style model, with lots of valuable youth, Chris just isn’t a good fit for us anymore. His style of football doesn’t suit our squad. Great manager imo, we’re just not a good match sadly. #NFFC