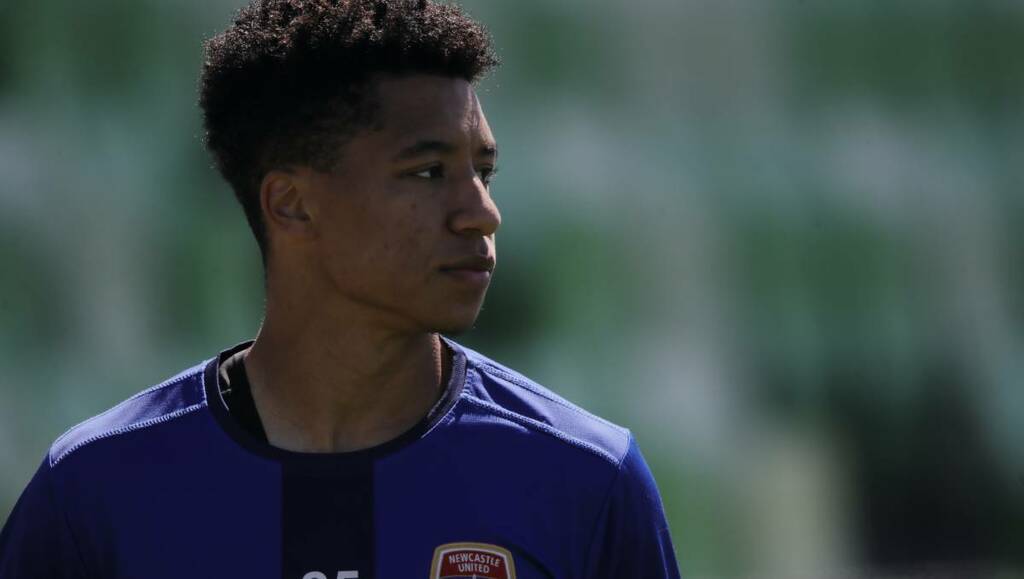 If circumstances had played out differently, Silvera may have been on the pitch last month for one of the biggest wins in the Portuguese club's history.

After a roller coaster 12 months out on loan, Silvera had spent two months back at pre-season training with his parent club.

"It was one of the first games where people were allowed back in the stands [post COVID]," Silvera said. "It was a great atmosphere. The fans didn't stop chanting for the whole game."

Although not in the match-day squad, the experience lit a fire inside the gifted midfielder.

"I had been involved in pre-season for nearly two months," he said. "The level of the players and what they demanded from each other at each session ... it was a great learning experience."

Silvera, with two years remaining on his contract at Pacos De Ferreira, also realised that he needed consistent game time in an environment conducive to development.

Otherwise, his time with the Portuguese powerhouse would be unfulfilled.

Within three weeks, Silvera had agreed to a loan with the Newcastle Jets and was on his way back to Australia.

"Of course I want to be there with [Pasco de Ferreira] but I think this is the next best place for me," Silvera said. "As soon as [Jets coach] Arthur Papas rang me and told me how he wants to play and how I would fit into the system ... I knew that was the best decision for me to come back and improve. The coaches here really want to help me and develop me."

Silvera, after a breakout 2019-20 A-League campaign for the Mariners, was snapped up by Pacos De Ferreira and farmed out to second division club Casa Pia in Lisbon.

The high of the move to Europe was quickly blunted.

"Inside 10 minutes of my first game, I was gone," Silvera lamented. "I injured my ankle and was out for nearly three months. A big centreback landed on my foot. I had three tears on the inside of my ankle and damaged other ligaments."

It was the start of a horror five months in the Portuguese capital.

"I was living by myself and mentally it was a test," Silvera said.

"I was off my feet for a month and then had two months in rehab. I managed to get back in the team and after one game, I contracted COVID. The virus was pretty rampant at the time. There were something like 3000 new cases a day. We got tested two days before every game.

"Thankfully my symptoms were only minor. I had a slight headache and little cough. Still I had to have 10 days in isolation."

In need of a change - environment and fortune - Silvera switched clubs to Sanjoanense.

"After six months of not playing and dealing with the injury, the Casa Pia coach had to bring in other boys because I wasn't playing," Silvera said. "I thought the best opportunity for me was to go out on loan again, play and get consistent minutes and get used to football in Europe."

It proved a masterstroke.

Silvera had "options to stay in Portugal" but after a conversation with Papas "it was pretty clear what my decision was going to be."

After finishing hotel quarantine on Monday, Silvera has relocated to Newcastle and started training with his new teammates.

"Quarantine was hard," he said. "I had a little window in my room and saw sunlight for about three hours in the morning. "The club organised a spin bike for me. I tried to change it up with stretching and different core work. The hotel gave us puzzles with our breakfast. I am pretty good at sudoku now.

"On the first day I got to train, just being out in the sun and the fresh air and all that ... it was so good."

Now Silvera's focus is on the Jets and getting familiar with Papas' playing style.

"The way Arthur wants me to play, suits me perfectly," he said. "He sees me as a winger. Now I have a lot of hard work to earn a position in the starting side."