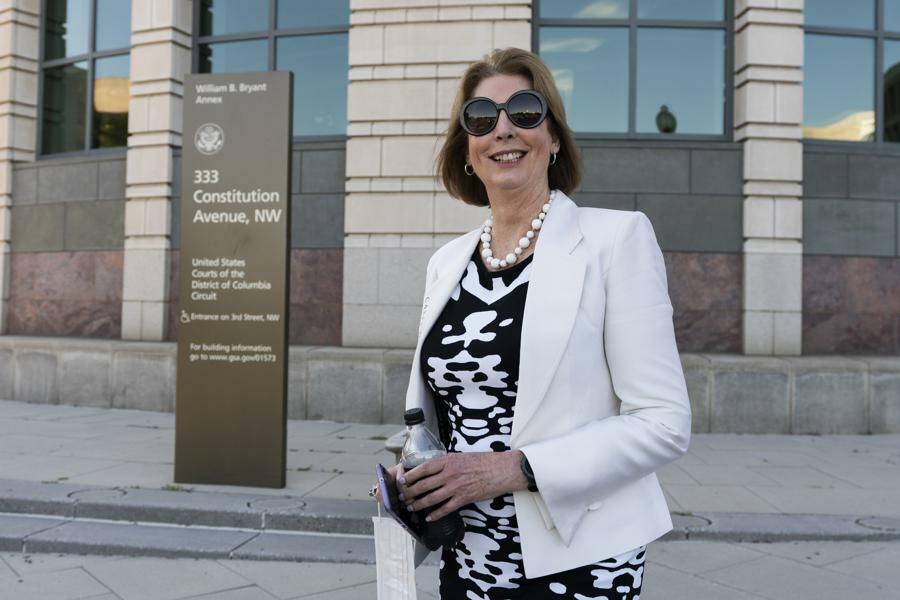 Officials in Michigan and the city of Detroit have asked far-right attorneys including Sidney Powell and Lin Wood to pay more than $200,000 in attorneys fees for their post-election lawsuit alleging fraud in the state, potentially the first in a series of high-dollar payments Powell may have to make for her election fraud claims.

Michigan Gov. Gretchen Whitmer and Secretary of State Jocelyn Benson filed a motion Wednesday night requesting the conservative attorneys pay $21,964.75 in legal fees to reimburse the state’s costs in defending themselves against the litigation.

The city of Detroit then filed a motion requesting a combined $182,192 in attorneys fees for the private law firm hired to defend the city in the case, including $116,116 that was just spent on the motion to sanction the right-wing attorneys.

U.S. District Judge Linda Parker has already awarded attorneys fees to Michigan and Detroit and ordered they must be paid, but will now decide whether to grant the requests for those specific amounts.

The payments are part of Parker’s broader order approving sanctions against Powell, Wood and the other attorneys that brought the lawsuit, which unsuccessfully attempted to overturn the state’s presidential election through fraud allegations that Parker ruled were false claims based on “speculation, conjecture, and unwarranted suspicion.”

In addition to the attorneys fees, Parker has also ordered the lawyers undergo 12 hours of legal education on pleading standards and election law, and said every attorney will be referred to the disciplinary boards where they’re licensed “for investigation and possible suspension or disbarment.”

The court did not award attorneys fees for the third defendant that filed a motion for sanctions in the case, Michigan voter Robert Davis.

The Michigan attorneys fees could be just the first Powell and her co-counsel will be asked to pay, as Wisconsin Gov. Tony Evers has also filed a motion for sanctions and attorneys fees over the lawsuit Powell brought in that state alleging widespread fraud. Evers has asked the court to force plaintiffs and their counsel to pay $106,780 in attorneys fees, noting in a recent court filing that the decision in Michigan bolsters the state’s request. “Judge Parker’s rationale applies here just as incontrovertibly as it did in [the Michigan case],” Evers’ attorneys wrote. Powell is also facing defamation lawsuits from voting machine companies Dominion Voting Systems and Smartmatic for her election fraud claims involving their machines. The Dominion lawsuit—which the court has allowed to move forward—is asking for $1.3 billion in damages and the Smartmatic suit, which also targets Rudy Giuliani, Fox News and several of its anchors, asks for $2.7 billion.

“Despite the haze of confusion, commotion, and chaos counsel intentionally attempted to create by filing this lawsuit, one thing is perfectly clear: Plaintiffs’ attorneys have scorned their oath, flouted the rules, and attempted to undermine the integrity of the judiciary along the way,” Parker wrote in her ruling awarding sanctions, which she said the court was “duty-bound” to grant.

Powell and Wood have not backed down from their fraud claims and have defended themselves against the Michigan lawsuit, which Powell has stood behind while Wood told the court he was not involved at all with the proceedings and should not be sanctioned for it. Powell said during the sanctions hearing she and her co-counsel “have practiced law with the highest standards” and the attorneys representing the defendants who brought the sanctions motion are “themselves the ones who have abused the process for political gamesmanship.”

The Michigan and Wisconsin lawsuits were two of four battleground state lawsuits Powell and her co-counsel filed in the aftermath of the election, a legal strategy Powell dubbed “releas[ing] the Kraken” after the 1981 film The Clash of the Titans. Every one of their lawsuits failed at both the lower courts and U.S. Supreme Court, however, with Parker saying in her initial ruling striking the Michigan lawsuit down that the case was based on “nothing but speculation and conjecture.” In addition to the legal fees they’re now being asked to pay, the State Bar of Texas will hold a hearing in November as part of a process to determine whether Powell should be punished—and potentially disbarred—for her post-election lawsuits, and Wood is under investigation by the State Bar of Georgia.

Here Are All The Places Sidney Powell, Lin Wood And Pro-Trump Attorneys Could Also Be Punished For ‘Kraken’ Lawsuits After Michigan Sanctions Ruling (Forbes)