Sidney Poitier Gave More Than He Was Given 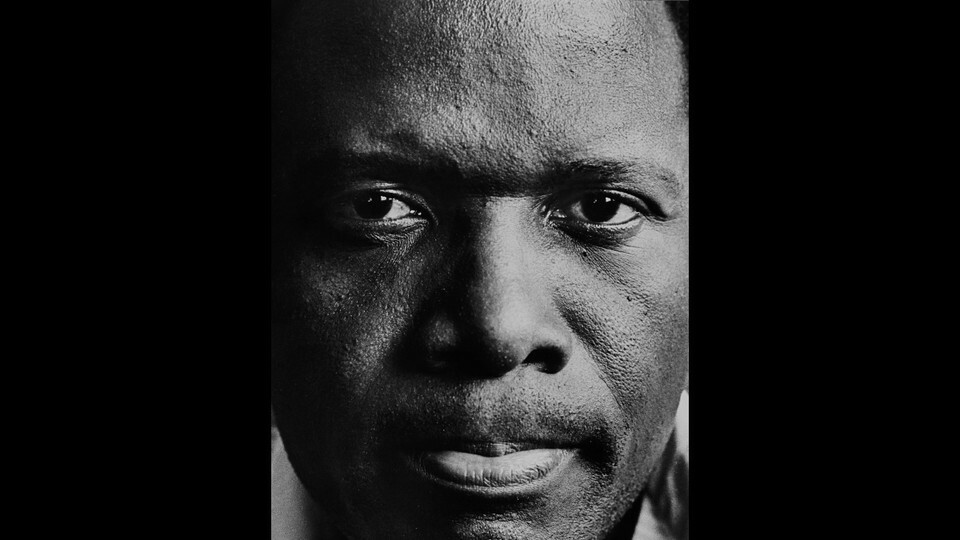 During his 1964 acceptance speech for the Academy Award for Best Actor, Sidney Poitier, slightly winded from his trek to the stage, breathily asserted, “Because it is a long journey to this moment, I am naturally indebted to countless numbers of people.” Poitier’s labored emphasis on the “long journey to this moment” underscored both the stamina of his onscreen appeal and his protracted route to acclaim that began with his 1950 film debut in No Way Out. It also gestured toward the adverse conditions that characterized his unprecedented trajectory in Hollywood.

Poitier, the pioneering Black actor and activist who died Thursday at age 94, had a complicated career. From his successful buddy pictures (The Defiant Ones, Duel at Diablo) to his spate of critical hits (To Sir, With Love; In the Heat of the Night; Guess Who’s Coming to Dinner), Poitier played characters who expanded the range and repertoire of Black masculinity. His talent, charisma, good looks, and unquestionable success made him a star unlike any Black actor before him, many of whom were caricatured or overlooked during Hollywood’s studio era. Yet even with his superstardom, Poitier was constrained by the industry’s conservative ambitions and disinterest in Black complexity. With his sexuality neutered and his dignity firmly in place, Poitier embodied a model minority in films, a noble ebony saint who represented palatable Blackness and interracial harmony during a fraught time of racial struggle. His nonthreatening characters, who challenged systems by working within them, were thoroughly embraced by white audiences.

Black audiences, for their part, were not uniformly convinced. Roles such as Poitier’s well-mannered Black doctor—who sought approval from his white fiancée’s family—in Guess Who’s Coming to Dinner drew harsh criticism from some viewers who craved not only positive Black representation but also resonant depictions of Black life and struggles. Reprisals of benign Black characters made Poitier a lightning rod for criticism and resentment, including being called a “showcase nigger” in The New York Times by the playwright Clifford Mason. But it was James Baldwin’s 1968 Look magazine profile of Poitier that truly captured the actor’s exceptionalism and isolation in the industry.

While critical of many of Poitier’s films, Baldwin exhibited an extraordinary appreciation of the actor’s eminence and talent. In his rebuke of Blackboard Jungle, for instance, Baldwin wrote that though he loathed the film, he thought that “Sidney was beautiful, vivid, and truthful in it. He somehow escaped the film’s framework, so much so that until today, his is the only performance I remember.” Baldwin understood that Poitier’s profound gift as an actor was to give more than what was on the page.

Baldwin used the fact of Poitier’s singular Black superstardom to indict a Hollywood system predicated on the disavowal of Blackness, writing:

The industry is compelled, given the way it is built, to present to the American people a self-perpetuating fantasy of American life … And the black face, truthfully reflected, is not only no part of this dream, it is antithetical to it. And this puts the black performer in a rather grim bind. He knows, on the one hand, that if the reality of a black man’s life were on that screen, it would destroy the fantasy totally. And on the other hand, he really has no right not to appear, not only because he must work, but for all those people who need to see him. By the use of his own person, he must smuggle in a reality that he knows is not in the script.

Baldwin acknowledged the restrictions placed on Poitier and other Black actors at the time, but he also recognized Black agency in these performances. Poitier “smuggled in reality” in his gestures, intonation, and, perhaps most significantly, the slap that his character Tibbs gives the racist white plantation owner in 1967’s The Heat of the Night. It was the first major motion picture scene in which a Black man retaliates in this way, and according to Poitier, he insisted that the smack remain in all versions of the movie.

Later in his career, Poitier leveraged his appeal to control authorial aspects of production, taking his directorial turn with the standout film Buck and the Preacher in 1972. Starring himself and his longtime friends Harry Belafonte and Ruby Dee, Poitier’s Black-cast Western thrilled Black audiences with an adventurous tale that brought radical politics to the forefront and fought back against white-supremacist villainy. This version of Poitier, for some, seemed antithetical to the composed and conciliatory leading man many audiences loved. However, the film’s Black consciousness reflected his, Belafonte’s, and Dee’s activism during the civil-rights movement. It was Belafonte who convinced Poitier to help deliver $70,000 to Freedom Summer volunteers in 1964. Explaining the magnitude of Poitier’s influence, Belafonte once said, “I don’t think anyone [else] in the world could have been anointed with the responsibility of creating a whole new image of black people, and especially black men.”

Poitier was fully aware of the paradoxes and limitations of his celebrity. “During the period when I was the only person here—no Bill Cosby, no Eddie Murphy, no Denzel Washington—I was carrying the hopes and aspirations of an entire people,” he said in a 1989 New York Times interview. “I had no control over content, no creative leverage except to refuse to do a film, which I often did. I had to satisfy the action fans, the romantic fans, the intellectual fans. It was a terrific burden.” And because of this burden, his cinematic contribution should be measured by more than just what the scholar Sharon Willis describes as “the Poitier effect,” meaning Hollywood’s lasting obsession with the kind of racial fantasies and figures that Poitier portrayed in his films. He strategically pushed against the constraints of Black representation in film, juggled disparate audiences’ desires and expectations, changed the face of a Hollywood leading man, and showed Black actors how to exist within and also escape the industry’s limited framework. His impact on American cinema cannot be overstated.