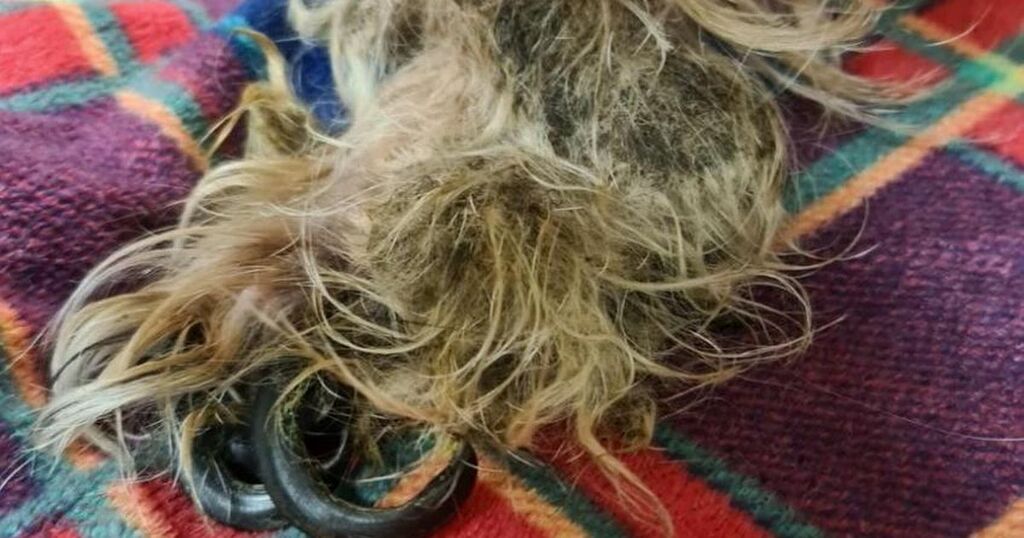 A sick elderly dog found walking about Edinburgh has had to be put down "to end her suffering."

The black and tan crossbreed was handed into the vets after being discovered on Stillhouse Loan in the Kirkliston area of the city on Sunday.

It was in such an awful condition the vets could not distinguish what breed she was.

The clinicians at the Vets Now surgery found the dog was covered in fleas, had overgrown nails and a nasty skin condition.

She was also "extremely matted" and smelled terrible.

On further examination, it was found the matted hair had grown so bad, it had started to spread inside her mouth and cover her teeth.

Unfortunately, the vets decided because she was in so much pain, the kindest thing to do was put her to sleep.

Now, the Scottish SPCA is investigating this incident and have urged anyone with information to come forward.

Scottish SPCA inspector Stuart Murray said: “The dog is an elderly, female, black and tan crossbreed. We think she may be a Yorkshire terrier cross but unfortunately her condition was so poor it was hard to tell.

“She is microchipped but the chip is not registered so we have been unable to trace her owner so far.

“This poor dog was in an awful condition when she was found. She was covered in fleas, had overgrown claws and a skin condition.

“The dog was extremely matted and smelled terrible. She was so distressed she had to be sedated to be examined properly. During the examination it was discovered that the source of the smell was coming from matts that were so large they were starting to spread inside her mouth and cover her teeth.

“On veterinary advice it was decided that the kindest thing to do would be to put her to sleep and end her suffering.

“We’re keen to find out how the dog came to be in this condition and why she was left alone when she was clearly unwell.

“Although we appreciate the owner may have meant for the dog to be found, this is not the proper way to give up an animal if you can no longer care for them.

“If anyone has any information on this incident they can contact our confidential animal helpline on 03000 999 999.”