SI:AM | The Biggest Surprises From the NBA Draft

Good morning, I’m Dan Gartland. It’s good to be back writing this newsletter after some time away.

📝 One of the most famous features in SI history

If you're reading this on SI.com, you can sign up to get this free newsletter in your inbox each weekday at SI.com/newsletters.

A rather uneventful night, but a few twists

The NBA draft, held annually on the heels of the Finals and just before the start of free agency, is the kickoff to the league’s hectic offseason. And while rumors involving Kyrie Irving failed to amount to much (for now!), there were still a few developments during last night’s draft that had fans cocking their heads. Let’s take a look at them:

The best of Sports Illustrated

“The idea, when Charles signed in February, was that her bucket-getting acumen would give last season’s runner-up a champion’s finish, and that the Mercury roster would give the 12th-year center, who led the league in scoring last season, the only line item her Hall of Fame résumé lacks. Vanessa Nygaard, Phoenix’s first-year coach, speaks of Charles as the rare frontcourt player—maybe the only one leaguewide—who could slot in comfortably alongside all the Mercury’s incumbent All-Stars, doing dirty work on the block on some possessions, dragging double teams away from Brittney Griner on others. With Griner’s wrongful detainment in Russia, though, the newcomer went from complement to stopgap.”

Arch Manning took the unconventional route in committing to Texas, Pat Forde writes. … Conor Orr lists the most underrated player on each AFC team and NFC team this season. … The Rays, well behind the Yankees in the AL East, need their famed front office to decide whether it’s worth it to chase a wild card spot in the expanded playoffs, Stephanie Apstein writes.

Kyrie Irving will reportedly exercise his player option with the Nets but hopes to get traded elsewhere. … Ole Miss clinched a spot in the men’s College World Series finals, where it will face Oklahoma. … Alvin Kamara is reportedly expecting to be suspended at least six games for his February arrest.

1. The Yankees’ ninth-inning comeback to beat the Astros

Since the ABA/NBA merger, who was the lowest draft pick to win the Rookie of the Year Award?

Check Monday’s newsletter for the answer.

Yesterday’s SIQ: Who was the first non-college international player drafted in 2012? (Hint: he is still active.)

Answer: Evan Fournier. The French guard has had a productive NBA career since he was drafted by the Denver Nuggets at No. 20. After a slow start to his career during his first two seasons in Denver, Fournier took off with an expanded role in Orlando during the 2014-15 season.

By the next season, he was a bona fide starter leading to a career year in 2019-–20 when he averaged over 18 points per game on nearly 40% shooting from three before he was moved from Orlando to Boston. Last season, he joined the Knicks, where he started 80 games.

Fournier has also excelled on the international level. He collected three bronze medals with the French national team, two coming at the 2014 and ’19 FIBA World Cups and one coming at EuroBasket ’15. At the Tokyo Olympics, Fournier led France in points per game, helping them to a silver medal.

Gary Smith’s 1996 cover story about New York high school basketball star Richie Parker is one of the most famous articles in Sports Illustrated history. Parker had been one of the most sought-after recruits in the nation before he pleaded guilty to felony sexual assault charges, at which point his recruitment became a national story.

Smith’s piece, which clocks in at nearly 11,000 words, examines the story from every possible angle—looking at how Parker’s assault and the reaction to it impacted him, his family, the victim, her family, survivors of sexual violence, the schools trying to give him a second chance and others. Nearly 30 years later, the moral and ethical issues that Smith grappled with remain relevant, as he explains in this brilliant sentence:

“Sports, having somehow become the medium through which Americans derive their strongest sense of community, has become the stage where all the great moral issues have to be played out, often rough and ugly, right alongside the games.”

Smith’s story ends with a quote from the provost of LIU-Brooklyn, which offered Parker a basketball scholarship shortly before press time. He would go on to play four productive seasons there.

Smith’s article won a National Magazine Award for best feature story. He retired from Sports Illustrated in 2013 and reflected on the Parker story in an interview a year later as the magazine celebrated its 60th anniversary.

Check out more of SI’s archives and historic images at vault.si.com. 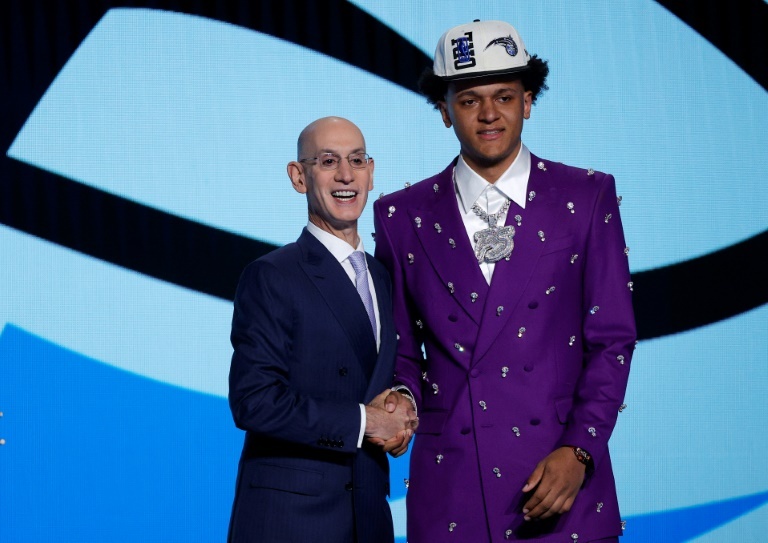 Magic conjure surprise with Banchero No.1 NBA Draft pick
New York (AFP) - Paolo Banchero was the surprise top pick at the NBA Draft on Thursday as the Orlando…

AFP
From analysis to the latest developments in health, read the most diverse news in one place.
NBA Draft 2022: Orlando Magic spring surprise with Paolo Banchero pick as Milton Keynes’ Sochan goes ninth