Should you build your home stronger to withstand the possible impacts of climate change? 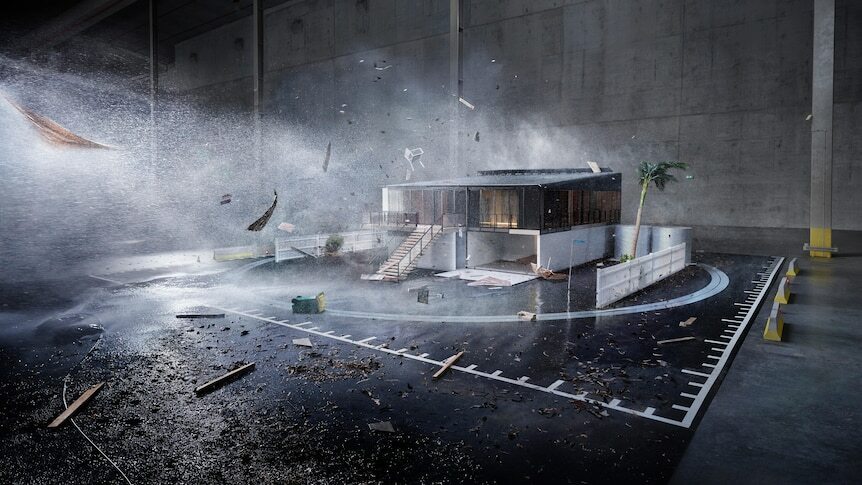 Some Australians are taking it upon themselves to go beyond the building code and standards to protect their home from uncommon, but not impossible, extreme weather events.

Working as an engineer for the Tropical Cyclone Testing Station, Geoff Boughton has seen hundreds of homes wrecked and ravaged, with families left without anywhere to live.

He most recently witnessed it in Kalbarri and Northampton, an area where houses were not built to withstand the continuous cyclonic wind gusts caused by Seroja.

When building his own home in Perth, well outside of the cyclone-rated region of WA, this was something he considered.

Cyclones are uncommon near Perth, but they're not unheard of.

“The other thing is, with climate change, we really don’t know what the climate is going to be in 50 years time."

From the outside, his house looks like a typical Perth home, but its structure is far stronger.

It's able to withstand a weak cyclone blowing constant gusts of up to 160kph and is waterproofed for extreme thunderstorm events.

And it didn't cost much.

He said this was achieved through several features, including strengthening a series of structural elements on his roof to prevent it from lifting even if a window was broken.

The windows are a slightly higher specification to keep water out better, and his roof edge is sealed to prevent water from coming in.

All up, he said the additional features cost him about $4000 from a new build for his timber home.

Meanwhile, 100 kilometres south in Waroona, nestled amongst an old forest so thick you can barely see the house, lives Kingsley Dixon.

His house is considered to be in a bushfire-prone area.

But having lived through bushfires, including the devastating Waroona-Yarloop blaze, he and his husband have gone well beyond basic code in their build.

They have invested tens of thousand of dollars adding a reliable, long-term water supply, superficial sprinklers across the roofing system and fire-resilient landscaping around the house.

"I think we need to move beyond minimum compliance, and ensure what we produce imagines the worst-case fire," he said.

Like Mr Boughton, climate change and the heightened risk of bushfires in his region has reinforced his decision.

Both Mr Dixon and Mr Boughton are part of a growing cohort of people building what is know as 'resilience' into their homes.

A resilient house is one that is able to be lived in with relatively little work after a big event.

Building standards are constantly under review to include the changing climate, with their primary focus to protect public health, safety and general welfare.

But University of WA Environmental Engineer Anas Ghadouani said they are often "slow" to incorporate changes, and don't always protect your home from extreme weather events.

He said the codes juggle a fine balance of risk to impact.

"The regulator can only look at the minimum standard that will resolve in the minimum damage to a neighbourhood with that building code," he said.

He said the current risk analysis provided by building codes often meant a house would not withstand 'freak storms', which are getting more likely with climate change.

"So the building codes are protecting you from a 1 in 100 year event," he said.

"But the problem is some of those events are occurring more frequently than they're statistically supposed to be."

Is it worth the cost?

Building extra strength into your home is being encouraged by government and industry.

Following Tropical Cyclone Seroja, the WA Department of Fire and Emergency Services offered grants of up to $20,000 to build additional protection into their homes.

"With an increase in those more devastating events, we really want to try build in resilience at every opportunity," she said.

Earlier this year, the James Cook University, Suncorp Insurance, CSIRO and architecture firm Room 11 collaborated to build what they called the "one house to save many", a home resilient to fire, flood, storm and cyclone.

The directors of Room 11 architects said the final design showed, with thoughtful planning, it could be achieved at a comparable cost to a standard architecturally designed home.

The costs of building resilience into your home can vary significantly, as demonstrated by the costs of Mr Boughton's features compared with Mr Dixon's.

But it's most affordable when building from scratch.

Mr Ghadouni said it ultimately came down to personal choice and the need to weigh up the risk with the cost to build.

He said there was enough climate science on a regional level for the home-owner to be able to make a decision on their risks.