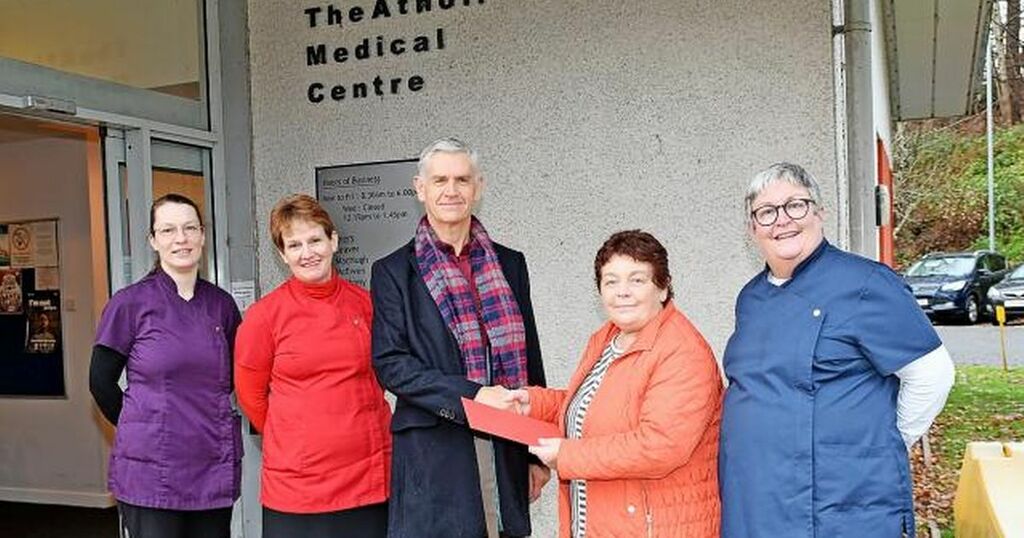 A rural GP has said goodbye to his Pitlochry practice after his initial short-term contract extended to over 31 years.

Dr David Leaver came to Pitlochry at the beginning of 1990 for what, at that point, was meant to be a one-year contract to gain experience in rural general practice.

On taking up the post in Pitlochry, Dr Leaver had expected to return to England after a year to resume his hospital career in children’s medicine but, unlike his name, he did not move on.

The kind GP was to become a trusted and well-kent face in North Perthshire.

“Somehow at the end of 2021, after nearly 32 years, four children and more than a few grey hairs later, I find that I am still in Pitlochry and retiring from medicine,” he said in December.

Sat-nav, mobile phones and computer health records have been innovations to arrive since Dr Leaver started.

“Much has changed in Pitlochry over the years,” he smiled.

“In 1990 the practice was based in Toberargan Surgery, a small building opposite to Knockendarroch Hotel, which has since been turned into flats.

“The surgery also looked after Pitlochry Irvine Memorial Hospital, which was a little further up the hill, and had two wards with 23 beds, a 24-hour casualty unit, X-ray facilities and a wide range of out-patient clinics.

“However, technology in the surgery had not really progressed since the advent of the landline telephone. There was no photo-copier or fax and the internet or mobile phones were yet to come.

“All medical records were written on small ‘Lloyd George’ sheets, like post cards, which were kept together in a small card sleeve. Whether by accident or design, these notes exactly fitted into the pocket of a tweed jacket, which (with tie) was the expected male GP uniform.

“As computers started to become available, we took out a loan for £10,000 to buy the first computer for the surgery, complete with 5.25 inch floppy drive.

“Initially this was primarily to help reduce writing every repeat prescription by hand, but we soon realised that we had the means for the first time to be able to quickly and (usually) accurately determine which patients had/had not had a particular health related event.

“Night visits in the days before mobile phones and sat-nav, particularly during the winter months, was always cause for apprehension.

“Often having only a house name recorded on the notes, with no house number or street name, finding the patient could be challenging.

“Getting stuck in the snow and ice in my trusty Morris Traveller was a real risk, with no way of accessing help.

“Fast forward to the end of 2021 and we have so many advances, but also many challenges. Health care has become more complex and difficult, and sadly so is the recruitment of the next generation of GPs.”

On his retiral at the end of 2021, Dr Leaver called his colleagues at Atholl Medical Centre “the absolute best”.

He concluded: “I have many vivid memories of my time as a GP in Pitlochry and would like to take this opportunity to thank everyone in the area for the kindness and support over the years.

“Finally, thank you so much for all the messages, gifts and donations that I have received. I feel honoured and very grateful.”