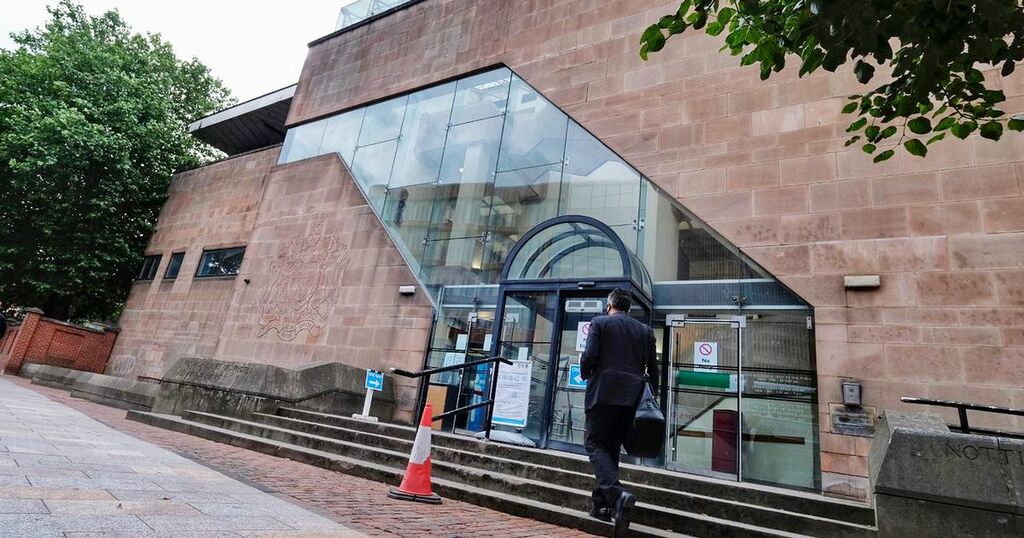 A shopkeeper who complained about a man throwing stones at a window above his off-licence was attacked in the face with a sharp object.

Mulkeet Digpal had been chucking the stones at a window over the victim's shop because Digpal wanted to speak to a friend who lived in an upstairs flat.

The tenant was not answering his door, so 40-year-old Digpal, who had been living in Carrington, resorted to the stone-throwing on April 2, 2019.

Nottingham Crown Court heard the Forest Fields shop owner was concerned about the windows being broken.

He spoke with Digpal, who explained he wanted to speak to his friend before using expletives against the shop owner.

The owner grabbed a nearby discarded beer bottle from a wooden pallet at the front of the shop after an altercation between them.

Digpal was hit with the bottle, which the owner said he picked up to avoid being hit by the defendant.

Passersby separated them. Digpal, who had a cut to his head, refused to make a complaint or tell police what happened, said Lisa Hardy, prosecuting, on Thursday, September 8.

Less than ten minutes later, Digpal returned to the shop, appeared in the doorway saying something to the shopkeeper, and he struck him with an item which could not be seen in his hand.

Mrs Hardy described it as a "single stabbing motion", and then Digpal ran from the shop, leaving the shopkeeper to call police.

He suffered a one-and-a-half centimetre wound to his lip which needed treatment and he now has a permanent scar which has caused him embarrassment and he has grown a moustache cover it up.

The owner - who had run the shop for 14 years with no previous issues - was left scared to be alone in the shop and now closes it at 9pm or 10pm.

Digpal pleaded guilty to wounding him, having an offensive weapon - which was an item with a blade or sharp point - and a separate offence regarding cannabis found at his home consistent with personal use.

Mrs Hardy said: "Clearly a sharp metal object was used. We don't know what it was".

Zaheer Afzal, mitigating, said his client had moved away from Nottingham to Chesterfield and is living with a friend in Chester Street, Brampton, but is effectively homeless. Digpal earns £20-a-week looking after someone else's pigeons.