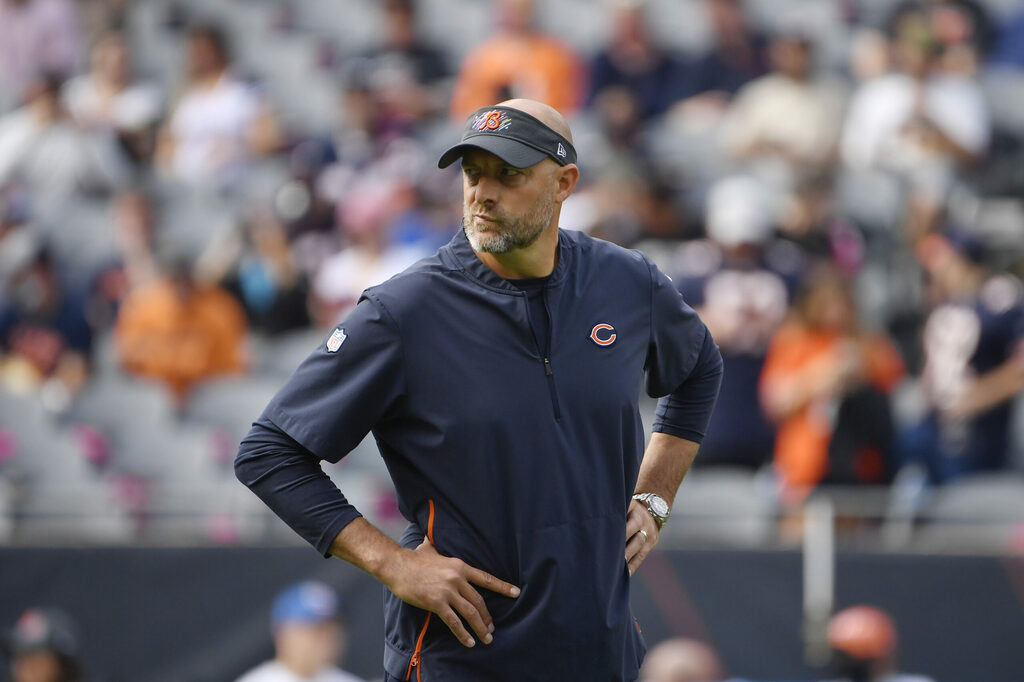 It’s been quite a bumpy ride for the Bears during the first four weeks of the 2021 NFL season, where head coach Matt Nagy has come under fire for some questionable decisions.

Instead, the Bears put up their worst offensive performance in 40 years, which prompted a change at play caller with offensive coordinator Bill Lazor taking over after Nagy threw rookie quarterback Justin Fields to the wolves in his first NFL start.

Maybe it’s damage control, or maybe it’s genuine. But Nagy actually admitted the benefit of handing over play-calling duties and how it allowed him to focus on his job as the head coach.

“During the game, it was the most connected I’ve felt to all three phases,” Nagy told reporters Wednesday. “It felt good.”

Matt Nagy said of relinquishing the Bears' play-calling duties Sunday: "During the game, it was the most connected I've felt to all three phases. It felt good."

Well, that’s good news, considering there appears to be no going back from Lazor as play caller, especially with Fields now cemented as the starter moving forward.

Nagy has said in the past that he enjoys calling plays, but as many can attest to, he’s not very good. The best thing he could do was hand over play-calling duties and roll with his rookie quarterback, which finally happened.

While there was a belief that Nagy’s seat wasn’t as hot as many believed it to be at the start of the season, his handling of the Dalton-Fields situation and play-calling duties certainly appeared to change things.

Now, Nagy has finally seen the light and realized that there’s more benefit to developing the future of the franchise rather than fulfilling a promise to a veteran on a one-year deal. Especially if he wants to keep his job.