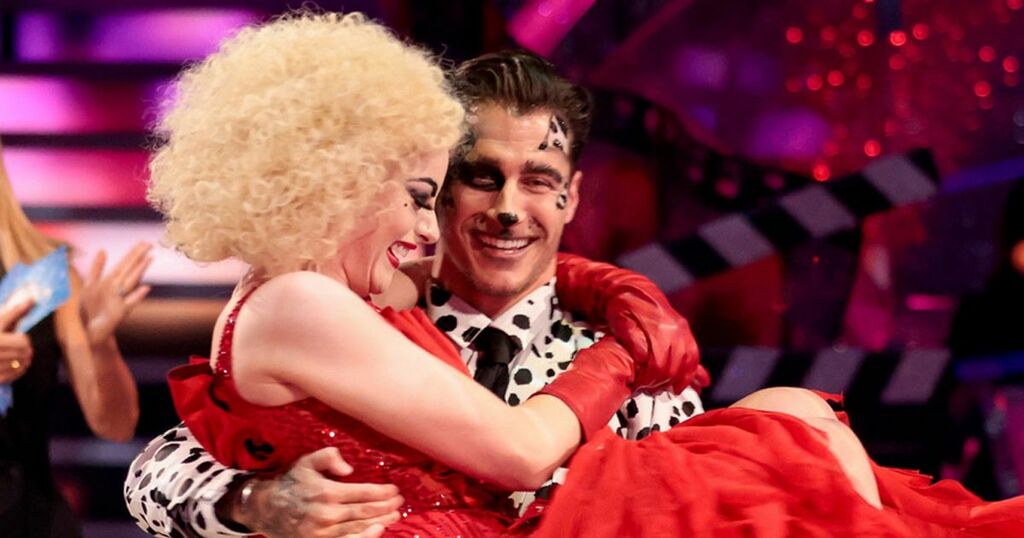 Last week marked Strictly Come Dancing's 'Movie Week' which saw some celebs scoring 10s even though it is just their third competitive dance.

Coronation Street and Hollyoaks actress Katie McGlynn was the second celebrity to be sent home after she played the character of Cruella Deville in her foxtrot.

Katie was in the dance off with Judi Love but sadly it was Katie's time to go after head judge Shirley Ballas made the deciding vote.

The first 10s of the series were scored last week with Rhys Stephenson's Spider-Man street routine wowed the judges and Motsi brought out the paddle for the first time this year.

Just a few minutes later John Whaite’s Pirates of the Caribbean paso doble scored three 10s and one nine, scoring the highest in the series so far.

Who will leave Strictly Come Dancing next weekend?

William Hill betting has predicted that it could be time for actor Greg Wise to leave the competition with his professional dance partner Karen Hauer.

The bookmaker predicts 6/4 odds that Greg will be leaving the competition next.

Rupert Adams, Spokesperson for William Hill, said: "It might be the end of the road for Greg Wise on Strictly with the actor a very strong 6/4 favourite to be booted off next.

"Wise has done okay so far, but punters are siding with him being the next to go, with Ugo Monye (7/2) and Judi Love (5/1) also looking in danger."

Coming in at second place with a chance of leaving Strictly is ex rugby player and sports pundit Ugo Monye, who is partnered up with Oti Mabuse.

The pair performed to a Moana track in Movie Week and scored 31 out of a possible 40 points.

Judi Love is the third celeb most likely to leave next week accord to William Hill's odds that come in at 5/1.

She was in the bottom two last week with her Chicago charleston performance where she scored 24 out of 40 with her partner Graziano Di Prima.

However, on the other end of the scale and the lease likely to leave it Bake Off winner John Whaite with odds at 100/1.

Second least likely to leave is EastEnders actress Rose Ayling-Ellis with odds of 66/1.

Rose is the show's first even deaf contestant and she has spoken before about wanting to remove the stigma that deaf people can't enjoy music.

Rose has explained that she uses the vibrations of the music along with counting and her partner to dance to the music and learn routines.