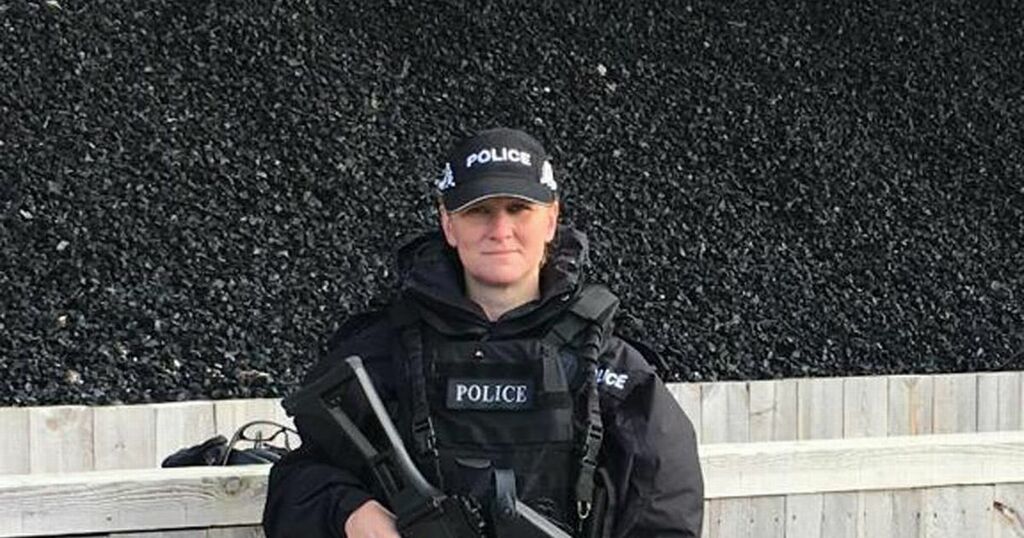 An employment tribunal ruled on Wednesday that the culture in an armed policing unit within Police Scotland was “horrific” and an “absolute boys club.”

It accepted evidence of a “sexist culture” in the armed response vehicles unit (ARV) in the east of Scotland.

But the Record can reveal that an email sent by Chief Superintendent Mark Hargreaves of the force’s Professional Standards Department (PSD) dismissed her allegations as “low-level conduct” which did not require their intervention.

In particular, one commanding officer, Chief Inspector Linda Russell, repeatedly failed to tackle Rhona’s complaints because she did not want her career “overshadowed” by allegations of sexism among her staff, the panel concluded.

The tribunal heard the “exemplary” officer was left outraged after her boss, Inspector Keith Warhurst, sent an email round banning female officers being paired together due to his concerns over the “balance of testosterone.”

The panel – chaired by employment judge Jane Porter – found the shocking email was one of many sexist incidents in the firearms division.

Insp Warhurst posted topless images of women on the work WhatsApp group, called a colleague’s pregnant partner a “f***ing fat bitch” and told a male co-worker, “You are going to end up f***ing that” in relation to a female colleague.

The tribunal heard one female officer, Sergeant Rachel Coates, was told by a chief firearms instructor that women should not be armed because they get periods and “this would affect their temperament”.

When Sgt Coates asked the instructor for a uniform which would allow her to go to the toilet without removing her gun belt, she was told to “f*** off.”

When Rhona made an official complaint she was then targeted by bosses at Police Scotland who withdrew her from her role, suggested she be transferred, demanded her GP clear her before she could return to armed duties and refused to take her grievances seriously.

The email – dated four months after Rhona went off sick with stress – described complaints about the culture of misogyny and sexism within the unit as “low-level conduct which can be addressed locally.”

In an earlier email, dated June 15, 2018, Hargreaves, who is now in charge of policing COP26, downplayed a string of allegations as being “minor misconduct” and did not require PSD intervention.

The Record can also reveal that former police sergeant Richard Creanor, praised by the tribunal judge for his “credible witness testimony,” quit the force in disgust in 2018 at the treatment of women in his unit.

Rhona was a police officer in Bathgate and Livingston from June 9, 2009, until April 2, 2020, when she retired on grounds of ill health. She is now in line for compensation after successfully suing the force.

The Edinburgh tribunal’s finding comes as the misogynistic behaviour of male police officers in Britain is under intense scrutiny following the case of Wayne Couzens, the Met police officer jailed for life last week for the murder of Sarah Everard.

Rhona last night told the Record: “Despite the seriousness of the allegations and the fact that a sergeant had raised them, they were satisfied that a division investigated itself... despite what they say publicly, [it] shows that Police Scotland does not care about addressing these issues.”

Assistant Chief Constable Mark Williams said: “It is clear the culture in armed policing in 2017 and 2018 was unacceptable.

“Since then, we have worked hard to improve standards but we know there is much still to do. This judgment highlights serious issues and we will set out action to address them as a matter of urgency.”