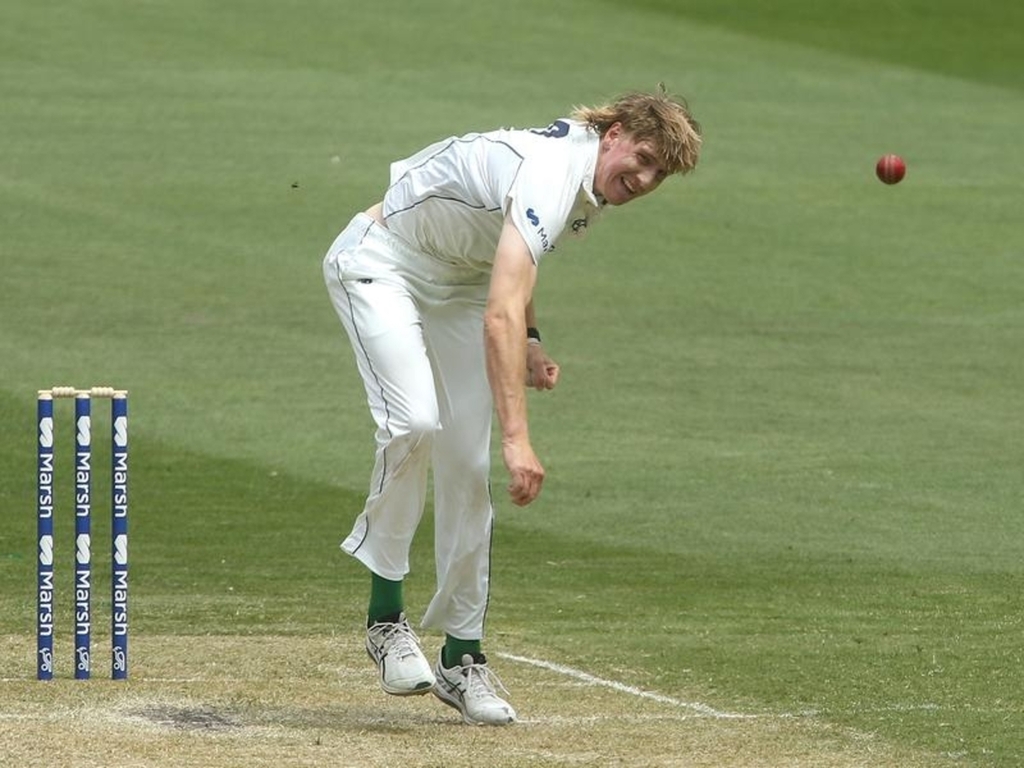 Victoria's Sheffield Shield clash with NSW has been postponed after allrounder Will Sutherland tested positive to COVID-19.

The decision to defer the match came just hours before Friday's toss was scheduled for 10am at the SCG.

Victoria's entire camp has been placed into self-isolation while further analysis is conducted on Sutherland's test which is believed to have shown some anomalies.

Cricket Australia is unsure how long the match will be postponed for, but it's understood there will be no play on Friday.

Victorian players will remain in Sydney for now.

The positive test does not impact on the Victorians inside the Queensland bubble for the Ashes, which includes Marcus Harris and Australia A representatives Scott Boland and Nic Maddinson.

"In the course of routine COVID-19 testing, Will Sutherland has returned a test result which requires further analysis," CA said in a statement.

"The Victorian team is currently self-isolating while this analysis and investigation takes place."

The entire NSW and Victorian squads have been fully vaccinated, with cricket the first sport to reach full dosage across the country at domestic level.

But the postponement of Friday's fixture marks a significant point in Australian sport.

It is the first cricket match and top-tier sporting fixture in the country to have a match impacted by a positive test within a vaccinated group.

Overseas, sporting matches have traditionally continued if there are enough players to take the field once positive cases and close contacts are removed.

That was also the case in England's County Cricket competition in 2021, as part of the lead up to the Ashes.

But Australia have continued to adopt a more conservative approach through the pandemic.

That was highlighted when a Shield match between Tasmania and Queensland was postponed last month due to border concerns amid fears of an outbreak in Brisbane.

Sutherland has played in the two Shield matches between the sides in the last four weeks, with Victoria winning both.