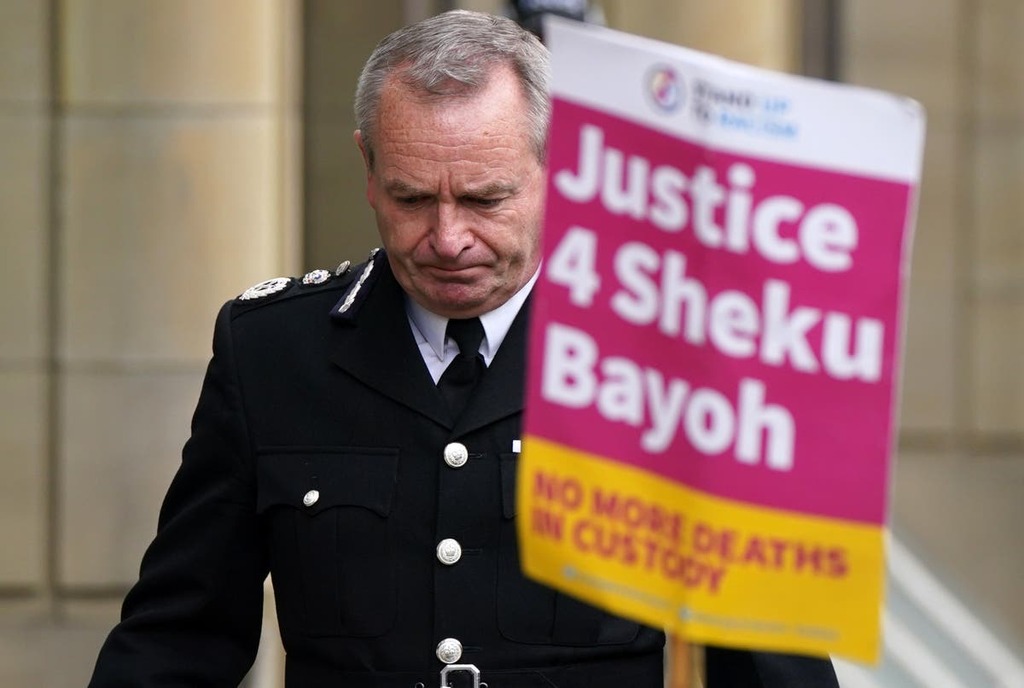 Police must be anti-racist, chief constable tells Sheku Bayoh inquiry
The 31-year-old died after being restrained by officers in Fife in 2015.

The 31-year-old died after being restrained by officers near his home in Kirkcaldy in 2015.

The public inquiry into the death of Sheku Bayoh begins in Edinburgh on Tuesday.

The family of a man who died in police custody are “not the only people who have been affected adversely” by his death seven years ago, a former officer has said.

Alan Paton was one of nine officers involved in restraining Sheku Bayoh when responding to a call in Kirkcaldy, Fife, on May 3, 2015.

The 31-year-old was pronounced dead a short time later.

In a statement read out at a public inquiry in Edinburgh investigating Mr Bayoh’s death, Brian McConnachie QC, representing Mr Paton, said the former police officer was “impacted significantly” by the incident.

He said Mr Paton retired from Police Scotland due to “ill health” and has been diagnosed with post-traumatic stress disorder since the death.

Mr McConnachie continued: “The chair of the inquiry has already stated that the family of Sheku Bayoh and their interests will be at the heart of the inquiry and it is acknowledged that this is entirely appropriate.

“However, they are not the only people to have been affected adversely by the events of the early morning of 3 May 2015.

“The death of Sheku Bayoh has also impacted significantly upon the life of Alan Paton and his family.”

The lawyer went on to say Mr Paton has denied allegations that police decisions and actions in the build up to Mr Bayoh’s death were impacted by the colour of his skin.

Mr Bayou’s family have previously said they believe race played a part in his death.

They have repeatedly asked: “If he was a white man, would he have been treated any different?”

Mr McConnachie told the inquiry the ex-officer “carried out his duties diligently and properly” the night Mr Bayoh was killed.

He said: “His (Mr Paton’s) involvement in matters has been singled out falsely as being motivated by race.

“There has been extensive media coverage naming him as being involved in the incident and alleging racism and violence on his part.

“He carried out his duties diligently and properly.”

Mr McConnachie said Mr Paton believes the inquiry will be able to establish on the evidence that there was “no wrongdoing on his part”, and that “none of the decisions that he made nor actions he took were affected in any way by Mr Bayoh’s race”.

Roddy Dunlop QC, representing retired constable Nicole Short and Constable Craig Walker, who were also at the scene the night Mr Bayou died, read a statement to the inquiry on their behalf.

It said Ms Short has been rendered “permanently disabled” from injuries she sustained the day of Mr Bayou’s death.

Mr Dunlop continued: “It would be naive to think that the events of that day have not had material impact on the lives of the families of the officers who attended the scene that day.”

He said there have been accusations of racism directed against those officers and “such vilification has a lasting impact”.

Mr Dunlop added: “The human interest in the welfare of those officers has largely been ignored since May 2015.

“Ms Short and Pc Walker are confident that these accusations are not fairly directed at them. They were simply doing their duty in trying and traumatic circumstances.”

Claire Mitchell QC, representing the Bayoh family, told the inquiry they have experienced institutional failure which began with a failure to preserve the life of Mr Bayoh and thereafter properly to investigate his death.

She said Mr Bayoh’s family have “endured the media smearing and stereotyping of Sheku and the use of racist stereotypes in connection with the circumstances of his death”.

“Now is the time for the truth about the death of Sheku Bayoh to emerge.”

Police must be anti-racist, chief constable tells Sheku Bayoh inquiry
The 31-year-old died after being restrained by officers in Fife in 2015.

The 31-year-old died after being restrained by officers near his home in Kirkcaldy in 2015.

The public inquiry into the death of Sheku Bayoh begins in Edinburgh on Tuesday.