Nottingham Forest's preparations for their Championship play-off semi-final are well underway as they aim to return to the Premier League for the first time in 23 years.

The Reds take on Paul Heckingbottom's Sheffield United, with the first leg held at Bramall Lane on Saturday (3pm kick-off). The reverse leg will take place at the City Ground on Tuesday (7:45pm), and the winners with face either Huddersfield Town or Luton Town at Wembley on May 29.

After starting bottom of the Championship following Steve Cooper's arrival, the Reds concluded their regular league campaign with a dramatic 1-1 draw at Hull City after narrowly missing out on automatic promotion to Bournemouth.

However, the Blades are still without a handful of key members of their squad due to injury. H

Here's a look at the state of play...

What we know: The striker suffered a season-ending hamstring injury back in January during the 2-0 win over Peterborough United.

Having been on crutches for weeks, the former Liverpool man is now back walking freely and has joined the rehabilitation group at the club.

The setback came not long following a six-week injury with a similar issue, with Brewster showing real signs of promise with three goals in seven appearances.

"He has been on the grass for the first time."

Ahead of United's game with West Brom in February, Heckingbottom said: "He's having an operation tomorrow, which will rule him out probably for the season.

"If he's back before, then it's a bonus but we're not counting on it. We're going to help him through it.

"He's got his head around it and been part of the decision-making process. It's not the same injury, it's totally different and needs different treatment.

"He'll work hard to come back fitter and stronger, as he did last time. He was in a good place, his fitness levels were high, and we'll want the same for him when he comes back next time."

What we know: Former Derby County wing-back Bogle was a regular figure in the starting 11 before being ruled out for six months at the end of February with a knee injury.

In his place, George Baldock has made the place his own, but the injury came at a bad time for Bogle after contributing to three goals in his last six games.

What has Heckingbottom said: After Bogle was absent for the draw over Hull City in February, the Blades boss provided a further update: "Jayden is going for an operation on Thursday which will rule him out virtually the whole season."

"In the operation, the surgeon will perform it and we could be looking at six months but it will be a big blow.

"We were delighted with him, everyone could see how well he was playing. It's a real big blow for Jayden, he was really enjoying his football and performing to a real good level."

He added: "He's got a cartilage problem, he was having a bit of soreness every now and again. He was struggling to decelerate and it gradually came into games during the final 10 minutes and he would be struggling."

What we know: Like Bogle, McGoldrick has been out of action since February. The striker managed only two league goals before pulling up with a thigh injury in the 2-0 victory over West Brom.

The Republic of Ireland international featured 21 times for the Blades this season, but the injury picked up four months ago ruled him out for the remainder of the season.

Some positives news was revealed a few weeks ago when McGoldrick to SUTV that he would be seeing a specialist "very soon".

What has Heckingbottom said: Back in February, Heckingbottom revealed the extent of the striker's injury scan. He said: "It's not good.

"We knew it would be a significant tear, so it will be followed up now with another appointment."

Prior to the striker's surgery in the same month, the Blades boss added: "We're speaking about surgery for him.

"He's booked in for tomorrow. Once you're having surgery, in our mind he's not going to be available for the season."

What we know: The Scotland international is one of the latest casualties to United's injury list after suffering a foot injury in April's defeat to Reading.

It's not been the best season for the striker, with no goals scored in 28 Championship games. However, he will be missed by Heckingbottom against Forest with Brewster also unavailable.

What has Heckingbottom said: "He got ligament damage and some fractures. We'll look further into it to see if it needs surgery," the Sheffield United boss said after the loss to Reading.

"It's going to be a matter of months not weeks. It's a blow for him and a blow for us."

He added: "The initial X-ray does not show any fracture, so two options now it's either soft tissue damage, which I am hopeful for and we can get him patched up as we quick as possible, or there is maybe some ligament damage, which obviously we don't want, so we will have to wait and see."

What we know: O'Connell is the longest serving member in United's treatment room, having not featured September 2020 and undergoing surgery.

At the start of 2022, O'Connell described the last year as the 'toughest of his life', after making progress in his bid to return to action before suffering a major setback with his rehabilitation, leading him to needing a second operation.

His absence was a contributing factor to the Blades' relegation from the Premier League last season.

What has Heckingbottom said: "Jack is still rehabbing and going through all the processes. He is still on that road and that journey and we know how tough it has been for him," Heckingbottom said prior to February's 4-0 win over Swansea City.

Before the end of 2021, he also gave an insight on the defender's input to the rest of the squad. He said: "Our message and my conversations with Jack won't change there will be no pressure on him for any sort of date, we just want to work with him and give him the best support for what has been a really tough time for him.

"That won't change, we are all here for him, whether coaching staff, medical staff or his fellow team-mates. Everyone was delighted to see him pull up in his car the other day and it's good to have him back in and around the place."

What we know: The veteran striker recovered from a hamstring injury that kept him out for five matches, but teared his calf in training forcing him to miss the wins over QPR and Fulham. 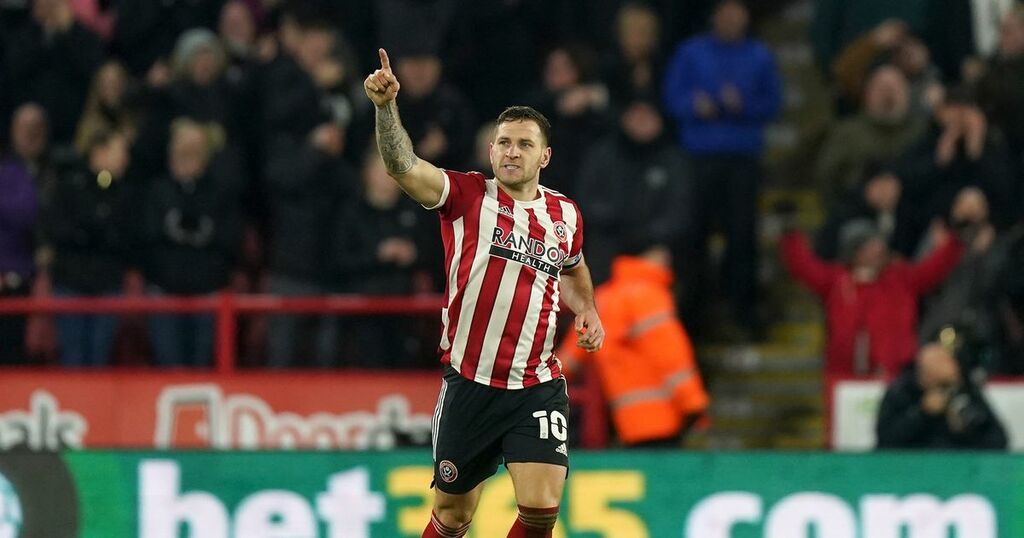