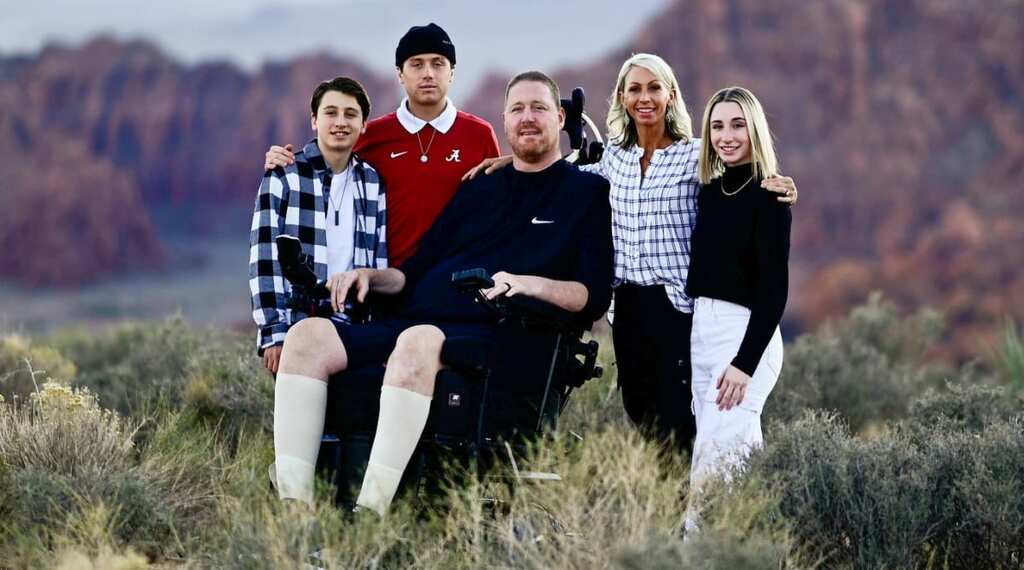 Shawn Bradley, the No. 2 pick in the 1993 NBA draft and a 14-year NBA veteran, provided the specifics of a bike crash that left him paralyzed from the chest down in a revealing account to Sports Illustrated.

Bradley told SI that last January, just before exiting a roundabout near his home in St. George, Utah, he was struck by a Dodge minivan, whose driver was “hustling to pick up her child from school,” in the words of the story's writer Brian Burnsed.

Writes Burnsed of the crash:

"Bradley tumbled over the trunk and the driver’s side of the Saturn, and he landed headfirst on the asphalt, his helmet cracking under his 300-odd pounds. Police say the driver continued on but returned to the scene later. Never charged with a crime, she says she gave Bradley enough room when passing him.) Confused but conscious after the spill, splayed on the ground and gazing up at a crystalline sky, Bradley says he went through a mental checklist. He couldn’t move his arms or his legs. He couldn’t sit up. He had no control over his breathing, which soon grew labored. Only his eyes heeded his commands. Am I going to suffocate? he asked himself. Am I going to die slowly?"

Bradley said he spent three weeks in the ICU before being moved to an inpatient neurological rehab wing, where Bradley's 7'6'' frame presented a unique challenge to the hospital's medical staff.

Bradley now uses a wheelchair that weighs 500 pounds, took three months to engineer and “costs more than most cars,” he said. Along with his wife, Carrie, and her three children, his family relies on a new $120,000 cargo van, which has a lift to allow him to enter the vehicle.

At home, he has a custom-made shower chair and needs assistance from a caregiver to exit his bed and ready for the day.

However, Bradley and his medical team still aspire to one day have him move from a chair to his bed and back without assistance.

“That’s something we all think is possible,” he said. “We’re not there yet—but we’re getting there.”

In the aftermath of the crash, Bradley also said that the weight of being his family's "preeminent concern," in Burnsed's words, has taken a toll on him.

“Maybe it’d be better if this was just all over,” he said. “Yes, those thoughts creep in—and they’re real. I can’t ever imagine myself acting on those thoughts, but I definitely have them.”

Still, Bradley, who averaged 8.1 points, 6.3 rebounds and 2.5 blocks per game in his career, wants to bring comfort and stability to others facing challenges like his and sees educating the masses about bike safety as a priority.