Sharpe double helps Cessnock to 28-4 win over The Entrance

Fletcher Sharpe's double helped Cessnock to a comprehensive win over The Entrance at Bateau Bay on Sunday, the Goannas jumping the Tigers on the Newcastle Rugby League ladder following the 28-4 victory.

Playing on a boggy EDSACC Oval, Cessnock scored four unanswered tries before the home side crossed with 25 minutes left to play, but the Goannas produced two more to seal the result.

Winger Sharpe scored either side of halftime and was one of his team's best, earlier producing a 70-metre run downfield.

Centre Tyrone Nean was also heavily involved, making a break to help set-up Sharpe's first after narrowly missing scoring his own a few plays prior.

Hooker Anthony Meleisea-Murray bounced off one defender and split another two in a brilliant individual effort to find the line two minutes before halftime, but the Goannas only led 12-0 at the break despite scoring three first-half tries.

The Entrance had their chances in the opening 40 minutes but were kept scoreless by some solid try-line defence.

Tigers centre Ryan McDonald dived over on the left edge in the 55th minute but it would be his side's only points.

Halfback Sam Clune placed his second 40-20 kick late in the game to position the Goannas for a fifth try, scored by big man Sione Ngahe.

Reed Hugo put the nail in the coffin when he crossed in the 78th minute.

Macquarie, boosted by the return of multiple key players, led 12-10 late in the game but took an eight-point lead after Royce Geoffrey scored in the 72nd minute.

Wyong hit back with a converted try a few minutes later but it wasn't enough.

"In the end it helped, that's for sure," Macquarie coach Steve Kidd said.

"Wyong were probably better for large portions of it but we just hung in there and ground out a tight win.

"Kerrod and Bayden Searle were really good, along with Luke Higgins."

Maitland extended their undefeated run this season to eight games with a 38-10 win over Souths at home on Saturday.

One of Bradley's tries was from a crossfield kick with the winger catching the ball out wide before a stunning put-down inside the corner post.

Bradley is the comeptition's leading try-scorer with nine this season. 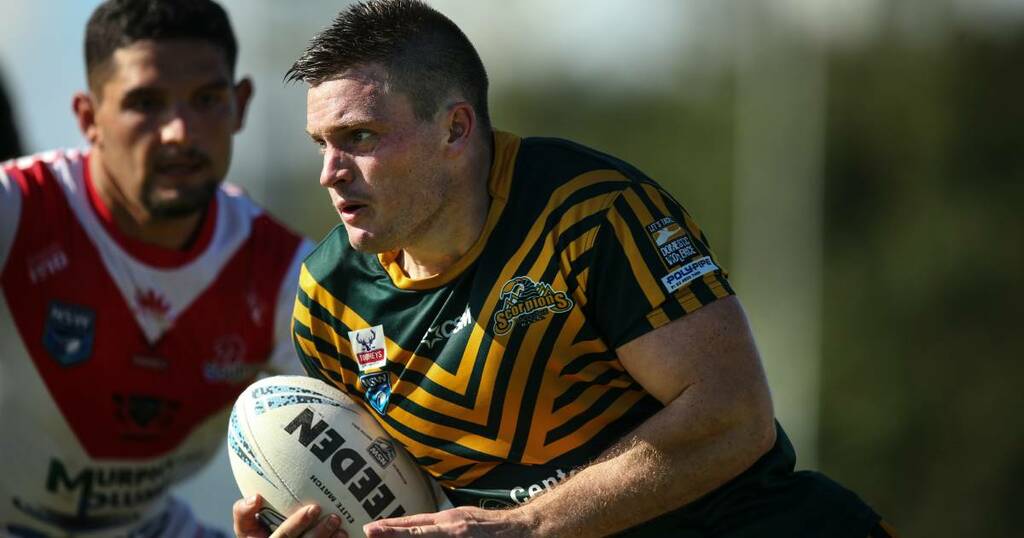 Higgins among five key inclusions for Macquarie against Wyong
The Scorpions travel to Morry Breen Oval on Saturday.