Shares in global software specialist Ideagen were up 46 per cent this morning on news that it had agreed terms on a sale which valued it at £1.06 billion.

Shares hit a new high of 356p after the Nottingham-headquartered firm said it was ready to sell to Rainforest Bidco Limited.

The buyer is a new company owned by software and services investor HG, which previously helped grow the IRIS Software Group and Loughborough business software unicorn The Access Group.

Ideagen has more than 6,000 customers in industries such as aviation, financial services, life-sciences, healthcare and manufacturing, including Heineken, British Airways, Aggreko and Bank of New York. It has operations throughout the UK, US, Europe, Middle East and South-East Asia.

It has bought out more than two dozen companies since its admission to the Alternative Investment Market (AIM) on the London Stock Exchange, continuing what it said had been a successful strategy of growth via strategic acquisitions. It had revenues of almost £100 million last year.

Headquartered in London, with offices in Munich and New York, Hg has a portfolio of more than 45 software and technology businesses, with more than 55,000 employees around the wold, and a track record of successfully scaling businesses within the UK.

It manages funds valued at more than $40 billion, and has a 160-strong investment team.

Ideagen’s board said they intended to recommend unanimously that shareholders vote in favour of the offer. However they are continuing to hold talks with European private equity firm Astborg about a potential offer from them.

Richard Longdon, non-executive chairman of Ideagen, said: “We believe that the offer from [Rainforest] Bidco represents value for shareholders and the Ideagen directors unanimously intend to recommend the offer to shareholders.

“The all-cash offer represents a compelling and attractive opportunity for shareholders to realise and crystallise their investment in Ideagen in the near term and also provides a significant premium to the prevailing share price notwithstanding the backdrop of the wider risks posed by the political and macro-economic environment.

“The offer reflects the quality, strength and long-term performance of Ideagen’s businesses and its future growth potential.

“We believe that Hg’s track-record and expertise in supporting and growing software businesses would provide a complementary partner for Ideagen's stakeholders.”

In a joint statement, Hg partners Christopher Fielding, Joris Van Gool and Jean-Baptiste Brian, said: “At Hg, we have spent over 20 years focused on the business-to-business software space.

“We have long admired how Ben and his highly motivated team have grown Ideagen into a leader in its sector.

“Our experience in the sector gives us strong conviction that Ideagen represents a high-quality platform, and we are committed to providing additional capital and resources that are required to further support and enhance Ideagen’s next phase of growth.

“Hg has a strong track record of investing in and growing UK-based software businesses. We recognise that Ideagen is a global organisation with stakeholders around the world, but with deep community ties and a strong local heritage.

“We strongly believe that the core of the business should be maintained in its Nottingham base, including its executive team and technological development centre.” 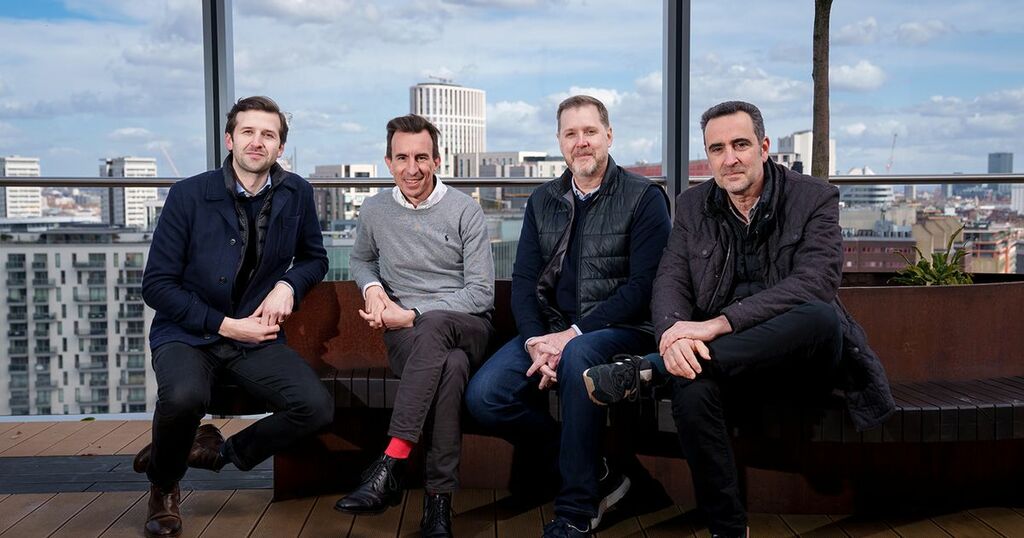 StockNews.com
3 SaaS stocks to Scoop Up in May

Continued digital transformation should propel the demand for software-as-a-service (SaaS) solutions across various industries. Therefore, since the macroeconomic and geopolitical…

Safe-T Group Ltd (NASDAQ: SFET), in its letter to shareholders, reiterated another record

Benzinga
urban-gro Reports Q1 Revenue Up 11% Sequentially To $21.1M, CEO: 'Off To A Strong Start'