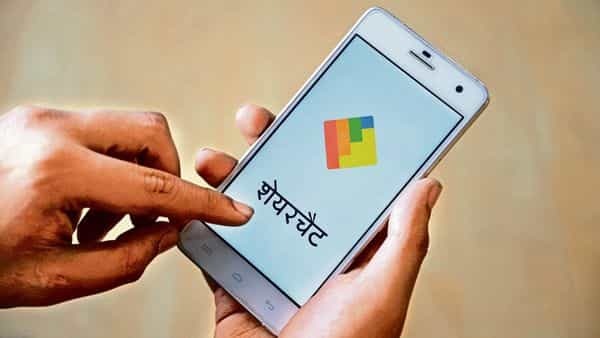 Sharechat runs the short-video app Moj, a direct competitor to MX TakaTak. Spokespeople for Sharechat and Times Internet did not respond to requests for comment.

The deal valuation could not be ascertained as negotiations are still on.

Sharechat’s parent, Mohalla Tech, became a unicorn in April this year with a $502 million funding round led by investors Lightspeed Ventures and Tiger Global.

American social media companies Twitter and Snap Inc. also joined that round. The company had raised more than $766 million at the time and was valued at over $2.1 billion after that funding round. Its current valuation is $2.88 billion.

Chinese giant Tencent is a common investor in both Sharechat and MX TakaTak. It led a $110 million round for MX Player in 2019, when the platform was valued at $500 million. Sharechat’s April round also included $225 million from Tencent, which invested in the platform through two European entities.

In March, Entrackr reported that MX TakaTak’s parent, MX Player, was in talks with existing and new investors to raise $150 million. The report added that the company may turn into a unicorn with this investment.

According to data from intelligence platform SimilarWeb sourced by Mint, Moj led India’s short-video market in June with 47.78 million monthly active users (MAUs), followed by MX TakaTak (23.95 million), DailyHunt’s Josh (14 million) and InMobi’s Roposo (5.51 million). However, no single platform has TikTok’s reach right now, and Sharechat’s acquisition of TakaTak could be the first sign that the market is beginning to consolidate around a few platforms.

While Indian platforms have gained from last year’s TikTok ban, they also have to contend with Instagram Reels and YouTube Shorts. Reels debuted in India on 8 July last year, shortly after the TikTok ban.

Reels is open to Instagram’s entire user base, which stands at 210 million in India, according to data shared by the Indian government in February this year.

Google released YouTube Shorts in September 2020, and the platform is still in beta mode. It allows users to post sub-15 second videos and is technically available to all YouTube users.

YouTube had 448 million users in India in February, according to data from the government.

According to an April 2022 report by market research firm RedSeer Consulting, Indian short video apps had filled 67% of the user-base left behind by TikTok last year.

It also said that Indian short video platforms had signed up 30-35% new users in the past year, driving acquisition through aggressive marketing.

“This is a strong indicator of how the Indian digital ecosystem has matured in the past few years. But the job is far from done. The players still have to reach the global scale and cross-sector benchmarks on engagement.