Shaq Teams Up With Kellogg's To Get Kids Playing More Sports 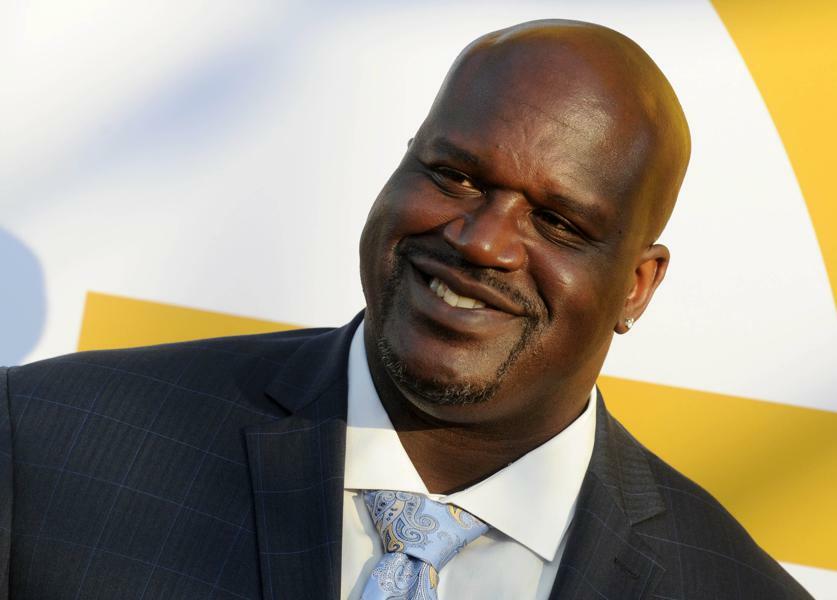 Shaquille O’Neal retired from the professional basketball a decade ago, but it’s safe to guess that the four-time NBA champion and Hall of Fame player never really had any intention of retreating from public life.

Instead, he’s stayed firmly in the public eye, not only for his numerous TV commercials—Icy Hot, Epson and Nestle Crunch easily come to mind—but also as a successful businessman, investor and humanitarian.

One of O’Neal’s biggest business ventures includes a large stake in pizza chain Papa John’s, in which the two-time NBA scoring champ owns at least nine stores in the Atlanta area, as well as a very large amount of stock. Among the Laker legend’s other endeavors are doorbell camera maker Ring as well as 24 Hour Fitness, a gym/fitness center chain of which he is said to own 40 locations.

Last October, I first spoke to Shaq as he was preparing to speak at the American Express Summit For Success. During that event Shaq joined tennis legend Venus Williams and others, virtually, due to the pandemic, to share experiences and vision as a business owner and entrepreneur.

But Shaq is also known for his endless community service and philanthropy. It was announced today that Shaq has teamed up with cereal maker Kellogg’s in an effort designed to give middle schoolers nationwide much better access to sports.

Kellogg’s released a statement today, saying: “Today, Tony the Tiger and Shaq are teaming up to unveil a game-changing Mission Tiger, which will impact more than 60,000 middle schoolers.”

To promote Mission Tiger, Kellogg’s is releasing its first-ever Frosted Flakes with Crispy Cinnamon Basketballs cereal, with proceeds from the new morning treat going to the program’s improvements to the sports facilities and equipment for kids in various locations.

Fans can also participate in Mission Tiger by uploading their receipts to Kellogg Family Rewards. Kellogg is donating $2 per purchase to DonorsChoose with each Kellogg’s Frosted Flakes receipt uploaded. More info is available at MissionTiger.com

Of course, celebration of the program and new cereal was not lost on the longtime NBA superstar.

“Seeing my face on a box of Kellogg’s Frosted Flakes, my all-time favorite cereal, is a dream come true,” said O’Neal. He adds that “Me and Tony the Tiger came together help more kids by creating this new cereal.”

“What’s even better is that we’ll help kids across the country gain better access to sports,” Shaq said. “Sports teach invaluable skills that will impact these kids for the rest of their lives.”

Students at a handful of lucky schools will also get to host Shaq and Tony the Tiger as surprise guests, with the hoops legend lending a hand as a basketball skills coach. When I spoke with Shaq Tuesday, via Zoom, he elaborated.

“Where ever they need to be, I’m definitely going to be. There’s still a need for precaution because we still have Covid,” Shaq said. “But I’ll be there to talk with some kids and shake some hands, because that’s what I like to do on a daily basis anyway.”

Shaq points out that when he was a child who grew up playing basketball in the 1970s and early ‘80 in San Antonio, Texas, he looked up to his father was a primary role model, but both took great influence on the court from NBA greats Earvin "Magic" Johnson, of the Los Angeles Lakers, Philadelphia 76ers legend and Julius “Dr. J.” Erving.

“The gateway to my success,” Shaq said, “was Dr. J. and Magic Johnson. I find it amazing that even though I haven’t played in 10 years, kids still know who I am.”

Shaq also said he thinks that one of the reasons kids connect so well with him is that kids see a little bit of themselves in players like him and other NBA stars, such as LeBron James and Steph Curry. But he also says there is something more to his ability to connect with people, especially young people.

“You’re always asked in terms of legacy how you want to be remembered. And it’s simple. I want people to say Shaq was a nice guy. And I am a nice guy.”

Big men in the NBA are ‘back’

While Johnson and Erving may have been Shaq’s main hoops heroes, the 7-foot-1 former center, who started with the Orlando Magic followed by eight season with the Lakers, acknowledges that his own style of play was every different than Johnson, a point guard and utility player, and Erving, a small forward.

He says though that from early high school onward he evolved from an outside finesse player into one more dominant under the basket.

“When I got even bigger I realized I had to play like a big man, but I had these guard skills. Some big guys didn’t like to play with their back to the basket, but that’s how I started to play.”

When asked about the last two NBA championships and how big men like L.A. Lakers center Anthony Davis and Milwaukee Bucks forward Giannis Antetokounmpo are changing the game, Shaq said he thinks the focus of the game has drifted back toward the paint.

“The ‘big man’ is back. Maybe they’re not playing ‘big man’ style basketball all the time. Which is fine,” he said. “But you've got a lot of big guys who can pop out and shoot, and still play with their back to the basket, like Giannis and (76ers start) Joel Embiid. So, yes, the big man is back.”

One thing that Shaq said made him special—and that is perhaps coming back in style with teams that employ “big men” as a first line of attack—is about drive and one’s ability to dominate.

When I asked Shaq about some of the players who tried to take him off his game, namely Dennis Rodman and Dikembe Mutombo, he hints that his success was all about mindset and attitude.

“My thing was always that I knew I’d (aim to) dominate every game. I knew I had a a lot of floppers out there, and sometimes I’d have to ‘go to finesse’.”

He adds: “Sometimes I would get fouled a lot and have to go to the line. And, even though I wasn’t a great free throw shooter, me not being scared, I always wanted to be in that moment. I’d get one of two. But then I’d set my mind (back) on dominating, and that’s what I’d do.