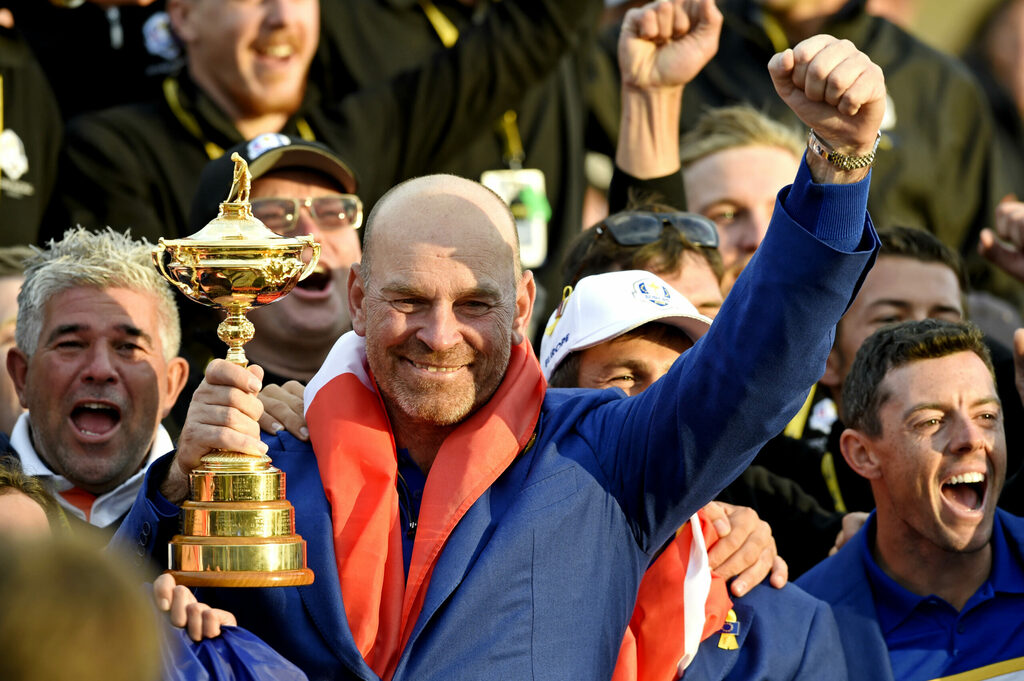 “I thought that was the perfect response,” said Will Zalatoris.

Shane Ryan’s book “The Cup They Couldn’t Lose” tackles the great Ryder Cup mystery: why Europe kept winning and how America got its groove back at Whistling Straits?

No offense to the many other accounts of the Ryder Cup through the years, but “The Cup They Couldn’t Lose: America, the Ryder Cup and the Long Road to Whistling Straits (Hachette, $29),” provides the definitive explanation for the European renaissance in the Ryder Cup and how America got its groove back.

Heading to Whistling Straits last September, the great mystery of the Ryder Cup had been that America routinely lost despite having the superior team. “You know, if I could put my finger on it, we would have changed this bleep a long time ago,” said losing 2018 U.S. Ryder Cup Captain Jim Furyk.

That quote from the prologue perfectly encompasses what Ryan sets out to do in the 289 pages that follow. He puts more than a finger on it; he diagnoses what he terms “the 40-year disease” in astounding detail, artfully piecing together the history of this biennial match-play event pitting teams of 12 players each from the United States versus initially, Great Britain and Ireland, and since 1979, players from throughout Europe. 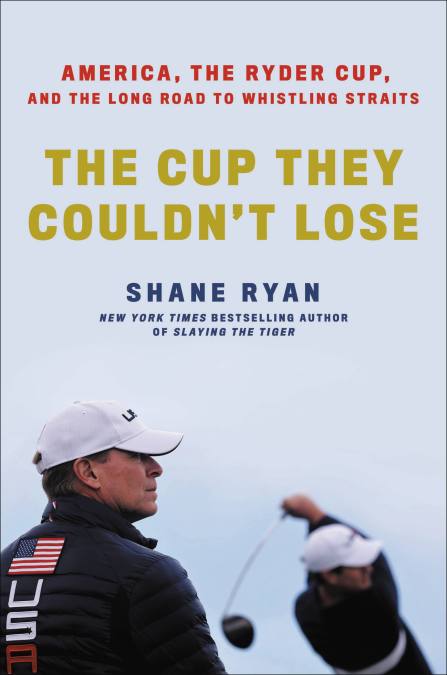 The section on England’s Tony Jacklin, who established a template that has been passed down from one European captain to the next, alone is worth the price of the book, and included this description of Lanny Wadkins that should be added to his Hall of Fame plaque: “Wadkins was the cockiest son of a bitch you ever met in 10 lifetimes. He was an arrogant bastard, But in the nicest way.” Jacklin served as captain for four Cups spanning from 1983-1989, and you could argue the Euros are still running much of Jacklin’s playbook.

“If 1983 had been the warning shot, and 1985 had proved that the Europeans were a winning team, at least at home, 1987 was the victory that transformed the Ryder Cup forever,” Ryan writes in emphasizing Jacklin’s importance.

Ryan tabs the period from 1983-1999 the golden age of the Ryder Cup when all but one match was decided by two points or less. It’s during this period that Team USA had its head in the sand as to why it continued to struggle despite often being the favorite.

“They adhered to the mindset that a Ryder Cup among equal talents is essentially random, that sometimes they would play better, and sometimes the Europeans would, but all thoughts of strategy or team building were blown out of proportion. Call it arrogance, complacency, or lack of imagination, but they stuck to this belief even as the results showed a pattern that was anything but random,” Ryan writes. “The Americans has been too successful for too long on the strength of talent alone to study the lesson. In that sense, they were victims of their own success, and it would be years before they could humble themselves enough to learn.”

The 2008 match, where Nick Faldo captained the Euros and Paul Azinger was at the helm of the U.S., “was perhaps the purest test of the old question: Did the captaincy matter?”

Azinger, America’s one outside-the-box thinker, was a winner on home soil, conceiving the pod system and getting the most out a U.S. lineup that featured the likes of Chad Campbell, Boo Weekely and Ben Curtis. Azinger wanted the captaincy again in 2010 and should’ve been given it. Instead, the PGA turned to Corey Pavin and a stretch where each captain approached the Ryder Cup in their own way, with little to no continuity.

“There were plenty of lessons to be learned,” Ryan writes. “They learned none.”

The Miracle at Medinah in 2012, when the Euros rallied from a 10-6 deficit was exactly that – a miracle. “Whatever quibble you have with Davis Love III’s strategy, his loss at Medinah was a fluke, built on a pyramid of absurd longshots coming through one after another, and if any of them failed, Europe would have lost.”

There’s a whole chapter, an interlude titled “Why does Europe win?” where Ryan diagnoses the seven most-common theories for the 40-year disease, including old standbys that the Americans just need to play better and Europeans just like each other more. (Ryan quotes an oldie but goodie from a Euro vet explaining their team chemistry: “We get together for a week, we get along, and when it’s over, we all go back to hating Monty.”)

Ryan’s narrative moves briskly back and forth between the drama in Wisconsin while deconstructing the fascinating history and evolution of this 93-year-old competition. He delves deep into the brilliant mind of 2014 Euro captain Paul McGinley, while also explaining the mistakes made by past U.S. captains that led to the infamous U.S. Task Force in 2014.

It all came to a head in the post-match press conference after a beatdown at Gleneagles in Scotland when Phil Mickelson threw U.S. Captain Tom Watson under the bus. Ryan writes of the 2014 debacle, noting it “embodied the stereotypes of the past four decades – brutal efficiency through hyper-organization on the European side, and rank dysfunction on the American side – that the contrast demanded to be recognized. When the mess was over, it was no longer possible to say with any credibility that the Ryder Cup was simply a test of which individuals played better. The effect of management was so obvious that even the most dyed-in-the-wool stubborn American couldn’t pretend everything was fine…It’s the Ryder Cup that broke the Americans.”

And also, he points out, “the one that set them free.”

The Task Force was a necessary evil and while the changes implemented in its aftermath “may not sound like earth-shattering ideas…what may look like foundational elements for any team sport, or even a business, are plainly not obvious in an individualized sport like golf,” Ryan writes.

The showdown at Whistling Straits is at the center of this book and Ryan takes us inside all of the back-room decision-making. He’s at his best when he’s picking apart the shortcomings of Euro Captain Padraig Harrington, taking us into the childhood home of USA Captain Steve Stricker and a meeting with his parents and detailing the importance analytics played in determining the various captain’s picks and who paired well together in foursomes and four-ball.

Ryan provides a road map that details how after a slew of embarrassing defeats, Team U.S.A. won in record fashion in 2021, with its six rookies combining for a 14-4-3 record.

“I think the most important thing for the U.S. team is a lot of young guys that are great players have bought into the Ryder Cup,” Rory McIlroy said. “I think that was probably missing in previous generations.”

Now the question remains: did the U.S. victory on home soil represent a generational shift and a sea change in America’s fortunes?

It will have been 30 years since America won on the road when these two proud competitors next meet. Sounds like the subject for a sequel in Italy in 2023.

“I thought that was the perfect response,” said Will Zalatoris.