Shamrock Rovers 2-0 Waterford: Mandroiu brace the difference as Rovers back on top 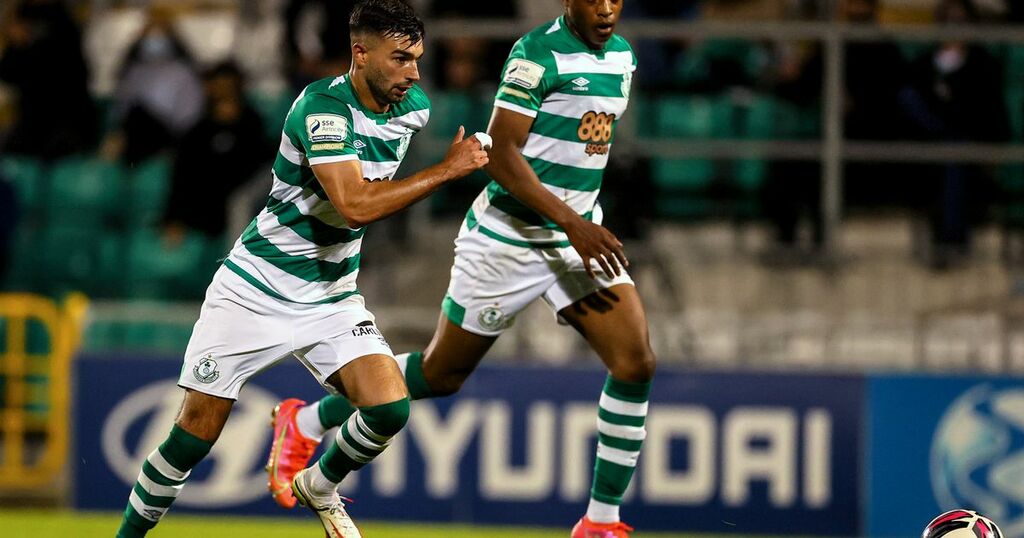 The Blues players were livid before and after he smashed home a 62nd minute free-kick after Eddie Nolan handled on the edge of the box.

They felt Rory Gaffney was in an offside position and that he unsighted goalkeeper Brian Murphy as a result, yet ref Rob Harvey and his officials were having none of it.

And the visitors were their own worst enemy for Mandroiu’s second as he dispossessed Greg Halford outside the penalty area before scampering free to apply a low finish.

Rovers were always in control and the win was timely, not just because it ended a run of four straight defeats in all competitions but that title rivals St Pat’s lost in Sligo.

Rovers were desperate to avoid a fifth straight defeat for the first time since losing to Waterford back in 2005 - a season in which they were relegated.

But there was no fear of it here as they dominated throughout and pulled three points clear at the top of the table - and with two games in hand on the Saints.

It could have been curtains for Waterford a lot earlier as Mandroiu had two tremendous quick-fire opportunities to lay an early boot into the Blues.

Three minutes in, he got on the end of skipper Ronan Finn’s deep cross but Murphy was at his brilliant best to keep out the close range header.

But Mandroiu was back for more four minutes later and having turned Nolan in the box, he switched onto his left foot and crashed a drive off the bar.

Rovers were the dominant side throughout that opening half and Waterford - who deployed five across the back - rarely ventured beyond the halfway line.

When they did, new signing Barry Cotter and Roberto Lopes were cool and calm in protecting the house and rarely gave John Martin or Phoenix Patterson a sniff.

Lopes threatened himself at the other end but couldn’t keep his header down from Dylan Watts’ corner on the half hour.

And the attacks kept coming from the home side. Cameron Evans did just enough to put Gaffney off when he smashed Finn’s cross a yard past Murphy’s post.

Waterford had no choice but to soak up the pressure, yet were content in doing so despite those handful of ropey moments.

And they even went close to snatching an unlikely lead in injury-time but Anthony Wordsworth couldn’t find the target at the back post having ghosted onto Shane Griffin’s free-kick.

Rovers lost Aaron Greene - a wing-back again rather than striker - to a head injury early in the second-half and his replacement Aidomo Emakhu was a handful.

Within minutes of his arrival, he unleashed a shot on goal that Nolan was deemed to have blocked with his hand on the edge of the box.

The former Ireland international - capped three times - was livid with the decision and even more so when Mandroiu drilled the free-kick home past Murphy.

Nolan wasn’t alone though. The Waterford players appeared to claim that Gaffney was in an offside position and that he unsighted Murphy as the ball flew past.

But after Martin threatened down the other end, Mandroiu botched the chance to double his haul after slipping the ball wide of Murphy’s post with only the keeper to beat.

But the night belonged to him and he wouldn’t have to wait much longer for his second, dispossessing Halford all too easily and applying a slick finish.

The champions are back on track.