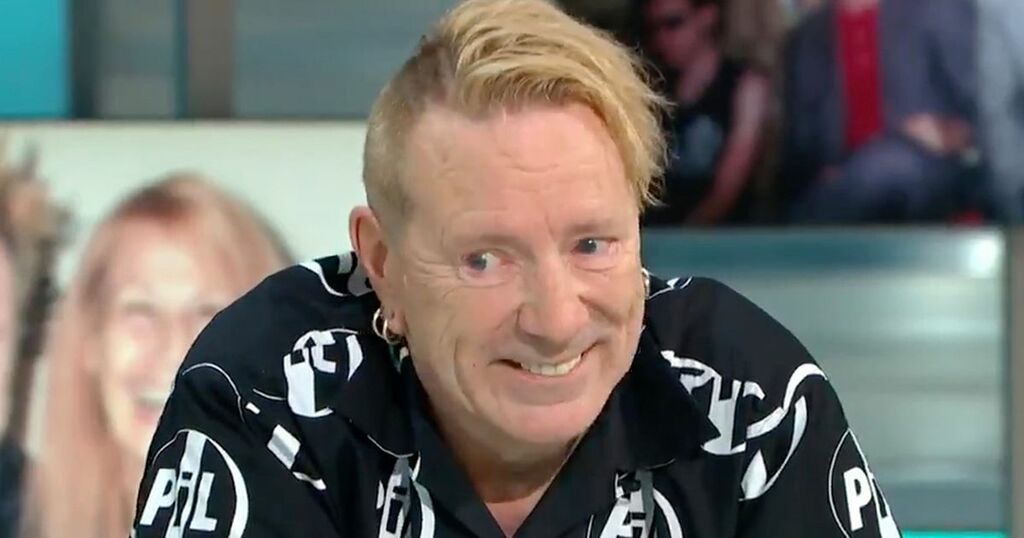 The Sex Pistols star, 65, also known as 'Johnny Rotten', appeared on Good Morning Britain on Tuesday to speak with hosts Susanna Reid and Ben Shephard about his new book.

However, John had some choice words for his former bandmates and film and TV director Danny Boyle regarding a recent court case surrounding Boy’e’s upcoming dramatic biopic series Pistol.

Last month, John lost a court battle with former drummer Paul Cook and guitarist Steve Jones after they sued him for refusing their use of the punk rock group’s back catalogue in the drama series, which is based on Steve Jones' book Lonely Boy.

Cook and Jones had argued they agreed they could make such decisions on a "majority rule basis".

However, John Lydon had argued that this was not previously adhered to and was subjected to individual members’ votes.

Ultimately, judge Sir Anthony Mann sided with Cook and Jones that the majority could decide how to use the band’s material.

When asked about the ruling and show on Good Morning Britain by Ben Shephard, John said: “They kept the whole operation a complete secret behind my back.

“That includes Universal Records, Disney corporation, FX TV channel, the bad management that the other members of the band have and the band members themselves.

“And then slung a nasty little email to us on January 4 of this year saying that they demanded my permission.”

Ben asked: “To use your music in the film?”

John continued: “Yeah, so the obvious question from me was ‘permission for what?’ And bang, there it is.

“A few days later, spread out all over the internet about what a lovely documentary this is going to be on punk, using pictures of me and my wife Nora.

“They know she’s ill, this is not nice of them to do that and then they force me into a court case. They sue me for not giving them permission, but I didn’t actually deny permission, I merely asked a question.”

Susanna Reid then read out a statement from Paul Cook and Steve Jones, which reads: “We reiterate he was informed of the Pistols TV series, offered to meet the director and to be involved with the director months before principal photography began.”

However, John called the pair “liars” and said he did not find out until January 4, calling them “two-faced hypocrites”.

He added: “How are they going to do a documentary on punk when, hate to be pretentious about this, without Mr Rotten?”

Susanna carried on with the statement: “John’s contribution has been rightly acknowledged.”

“It’s been rightly ignored by them,” laughed John.

Ben noted it was a shame as fans of the band would like to see their story tackled, asking why it came to this.

“I don’t know, is it jealousy? Is it hatred? Is it the seven deadly sins? I don’t know what it is other than it is the Disney corporation’s money that funded this ridiculous court case against me, so I knew I wasn’t going to win, you can’t beat the corporations and they sued me personally for not granting the rights to the songs so that they can what? Humiliate, ignore me?

“I don’t know what this documentary’s about or six-part series, I’ve no idea.

“And Danny Boyle should be ashamed of himself for getting involved in deliberately not acknowledging who I am or what I am to that movement. Shame on him. Shame on him!”

He added: “Another champagne socialist, Danny, boyle on the bum.”

Susanna laughed before adding: “Clearly, very strong feelings about it.”

They then moved on to discuss John’s book further.

A representative of Paul Cook and Steve Jones denied any use of photos of John and his wife Nora to announce the show Pistol.

A statement obtained by the Mirror from Paul Cook and Steve Jones reads: "Despite John Lydon’s comments on his website, we reiterate that he was informed of the ‘Pistol’ TV series, offered meetings with the director and to be involved in the show months before principal photography began. He refused these offers and we were saddened he would not engage and at least have a conversation with the director Danny Boyle and co-showrunner Craig Pearce."

It continues: "And while John’s contribution is rightly acknowledged, his claims to be the only band member of consequence are hard to take. Steve, Paul and Glen started the band and it was completed when John joined. All songs on the band’s seminal Never Mind The Bollocks album were written by Paul Cook,Steve Jones,Glen Matlock and Rotten except Holidays In The Sun and Bodies which were penned by Cook,Jones,Rotten and Vicious. In addition, ‘Pistol’ is based on Steve Jones’ book ‘Lonely Boy’.

"John Lydon sold his rights to control the use of these songs in the 1990s in return for money. The majority rule agreement existed as a result - so no outside party could dictate the use of the band’s music. And to have a mechanism in place if one member was unfairly blocking the decision making process - which is what happened in this instance.

"The rest of the band and many others involved in the punk scene of the time are all involved in the ‘Pistol’ TV series. Danny Boyle, has worked with The Pistols previously and is a highly respected, Oscar winning filmmaker. He understands the band and experienced the time that made them."

The Mirror also approached representatives of Danny Boyle, Universal Records, Disney, and FX Networks for comment on this story.