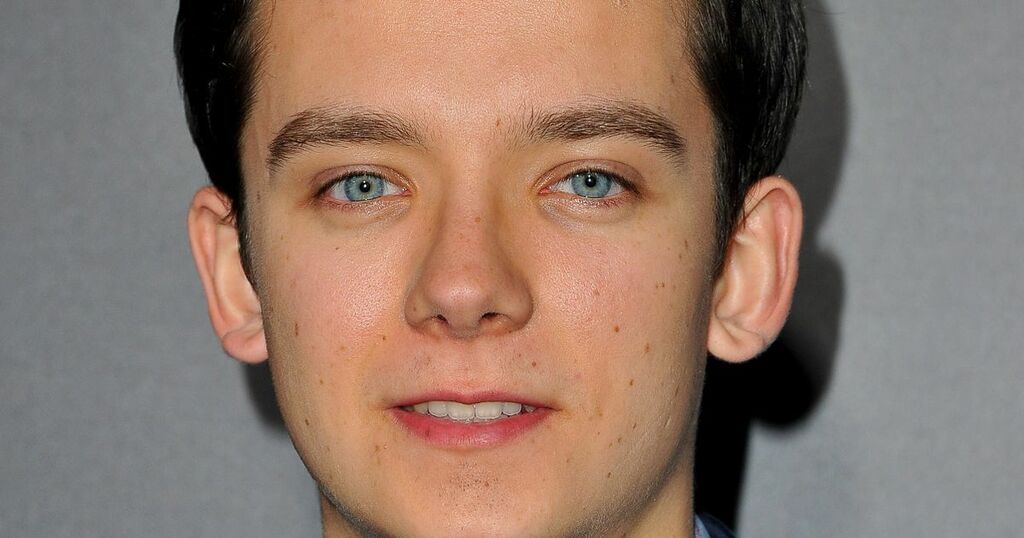 But he almost landed a completely different role which would have propelled him to similar stardom - that of Spider-man.

Asa was very close to playing the superhero in the Marvel Cinematic Universe, but he lost out to Tom Holland.

There are no hard feelings, though, Asa says.

"Every so often there’s a part [that you really want] and it’s a script you love, and you kind of put your heart and soul into it, and you don’t get it," he told Collider.

"And it is tough and it is s**t, but I often find that something even better comes out of it at the end.

"And so in the case of Spider-Man, I did Sex Education, because I wouldn’t have been able to do both of those at the same time."

And Sex Education proved immensely popular and won critical acclaim, with a cast of mostly unknown youngsters in their first big role.

But that wasn't the case for Asa, who actually starred in a Hollywood blockbuster in 2008.

He played the lead role in tear-jerking Holocaust drama The Boy in the Striped Pyjamas.

He befriends a young Jewish boy named Shmuel (Jack Scanlon) who is being held in the camp.

One of the reasons the film's director, Mark Herman, told Indie London he was so keen to cast Asa was because of his genuine lack of knowledge about the Holocaust.

He had quizzed his auditionees about how much they knew about it, and Asa knew relatively little, and Herman asked him to keep it that way to maintain the sense of innocence the film has.

That wasn't Asa's last role as a child star - he also played the titular character in Martin Scorsese's Hugo, where once again his childlike innocence would help him along as he admitted he didn't fully recognise what a big deal it was to be in a Scorsese film, and said the pressure would likely be too much for him now that he does.

In 2010, Asa played Norman Green in Nanny McPhee and the Big Bang alongside Emma Thompson, and in 2016, he played Jacob Portman in Miss Peregrine's Home for Peculiar Children which also starred Eva Green, Judi Dench and Samuel L Jackson.

But his role as Otis two years later would really cement Asa as a household name and someone who was recognised absolutely everywhere - which he struggled to deal with.

The 24-year-old ranted on Twitter that he was "so tired" of Sex Education fans filming him and taking photos without permission.

He admitted it ruins his night and said he'd had to slap phones out of his face in nightclubs, and urged overeager fans who aren't respectful to "f**k off, leave me be please".

"I'm so tired of people filming me/taking pics without asking while I’m on a night out," he wrote.

"It actually kills my mood and my night, f**k off, leave me be please."

He added: "Tweeting this from a cab home after I’ve had to slap multiple phones out my face tonight."

In an interview with GQ, Asa admitted he understands why people find it hard to separate him from his character, and said the two aren't exactly worlds apart.

"I see parts of myself in Otis. He is quite a relatable character—the kind of awkwardness of relationships and identity and not knowing who you are," said Asa.

"He taps into the unknown feelings associated with the teenage experience. I enjoy playing awkward characters, I find it comes naturally to me, and there's a lot of humour in awkwardness, and it's inherently relatable for a lot of people."

Asa went on: "People on the streets sometimes call me Otis. I get it. I usually say, 'Hi, my name's not Otis. They don't necessarily know my real name yet, and that's fine. No one has come up to me asking for sexual health questions, thank god, because I don't know what I would say."

Sex Education has been hugely popular and its third series was only recently released - but a fourth series has already been confirmed by Netflix, and will land next year.

However, it could well be the final series of the show, at least with its current ensemble cast, because some of the actors think they are getting too old for their high school roles.

Asa told The Gentleman's Journal the cast were "aware of" the age disparity between their teenage characters and the actors themselves most of whom are in their early 20s.

"But there are some creative liberties that you have to take," he said.

"We’ve all certainly got a little bit older since season one — so we can’t keep playing 17-year-olds. I think Ncuti [Gatwa, who plays Otis’ best friend Eric] has just turned 27 — and I know he feels weird playing someone ten years younger than him.

"I don’t actually know what Laurie [Nunn, the show's creator] has got planned for us in potential future seasons — or whether they'll happen."