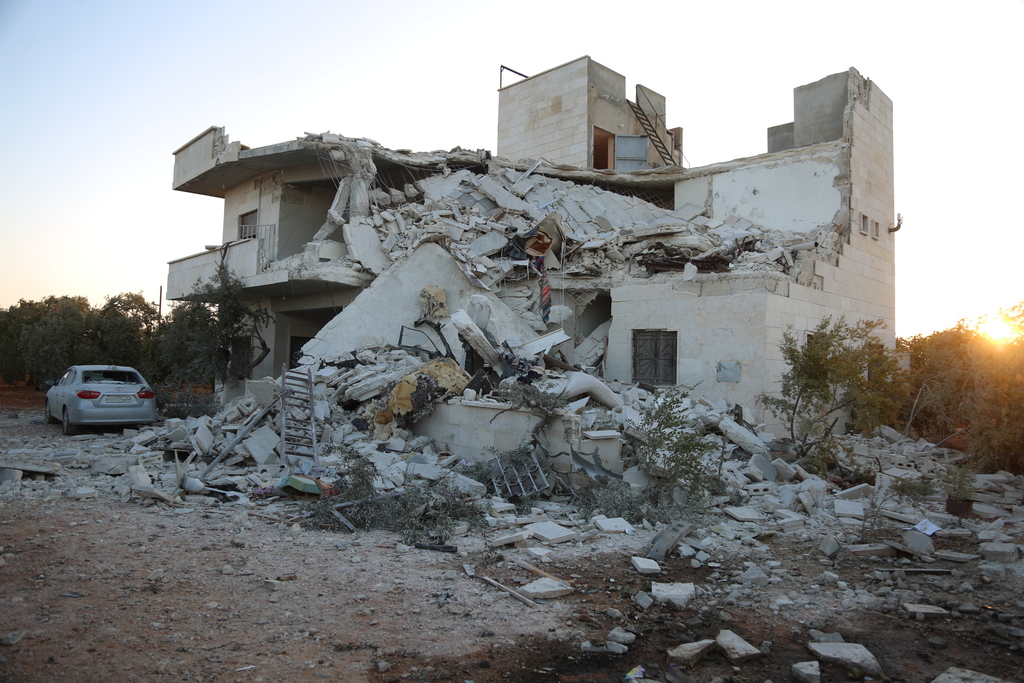 Several civilians have been killed in a series attacks conducted by the government and its allies in rebel-held northwestern Syria, the Syrian Civil Defence has said.

At least five people were killed and several others wounded in the shelling across Idlib province on Tuesday and Wednesday, according to the civil defence, a volunteer search-and-rescue group operating in rebel-held areas of Syria.

Fatima al-Khatib was killed in artillery shelling that destroyed a building containing a medical centre in Marayan, in the Jabal al-Zawiya area in southern Idlib on Wednesday.

Al-Khatib lived in a residential part of the building with her husband Nizar al-Khatib, who serves as the director of the medical centre. It was the only medical centre for thousands of civilians in the area.

“We will continue our humanitarian work that serves civilians despite all circumstances, challenges and violations,” Nizar al-Khatib told Al Jazeera on Wednesday.

At least four civilians were killed on Tuesday in separate attacks on residential neighbourhoods in Idlib city, the Syrian Civil Defence said. Among the dead were a 21-year-old woman, a senior university official and his 12-year-old son, activists said. At least 11 others were wounded in the attacks.

An activist told Al Jazeera that Nour el-Din Afair, head of the accounting department at the Faculty of Economics at Idlib University, was killed in a rocket attack while trying to rescue his son, who had been wounded in a previous rocket attack.

“He was known for his noble morals and humanitarian goals, as he rejected many job offers outside Syria and worked on the graduation of about 3,000 students who would have a major impact on the development of Idlib’s future,”  Omar Albam, an activist based in Idlib city, and a previous student of el-Din Afair, said.

“Most of the attacks were carried out by Syrian regime forces stationed east of Idlib with the intention of killing civilians,” Albam added.

There was no immediate comment from Syrian government forces or their allies.

Salwa Abd Alrahman, an activist based in Idlib city, told Al Jazeera that a 21-year-old student was killed during the bombardment when a missile struck her home.

“The entire city slept sadly on the news of the girl’s death. My heart could not bear to attend her burial this morning.  She was my daughter’s friend at university,” Salwa Abd Alrahman, an activist based in Idlib city, said.

“It’s the biggest escalation in a year. The city is overcrowded with displaced people, each of them has begun to hope and try to build a future, hoping for stability and an end to the battles,” Salwa added

“Russia is trying to empty the city and intimidate civilians, to send a message to the world that it is the strongest in the region, and that it is in control of the military situation,” she said.

Rebel groups Hayat Tahrir al-Sham (HTS), which was formerly affiliated with al-Qaeda, and the National Liberation Front (NLF), control much of Idlib province, the last rebel-held territory in Syria. A ceasefire between the rebels and government forces has largely held in the region since 2020, under the supervision of Russia and Turkey.

The ceasefire ended a large-scale military operation that saw government forces take control of strategic cities south of Idlib and the M5 International highway, displacing nearly one million civilians who fled to the north of the province.

For Albam, who was himself displaced in 2020 from the city of Maarat al-Numan, south of Idlib, the latest attacks appeared to be aimed at displacing civilians. He said he feared a possible military escalation in the area, similar to previous escalations that led to the government retaking territory.

Syrian government forces have been accused of targeting public facilities including schools, hospitals and camps for displaced people throughout Syria’s decade-long war.

“We are ready for all options, or a possible escalation by the regime’s forces and its Russian and Iranian allies.

“In response to repeated ceasefire violations, today, we targeted regime forces and allies deployed in eastern and southern Idlib, and we achieved direct casualties in their ranks,” he added.